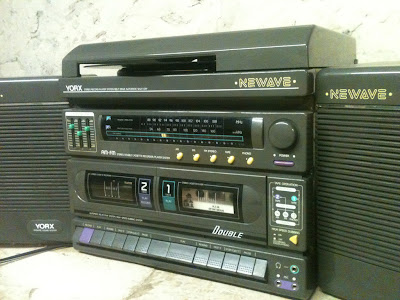 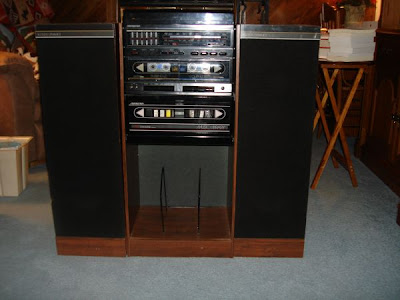 They sounded tinny and weak too. But for a generation of kids who grew up in the '80s, this was their first actual stereo. They sold for less than $100 (often far cheaper.)

The cassette players were infamous. Often calibrated off speed (as were the turntables.) The radio reception was often limited to the most local stations, buttons and switches would fall off or break on a whim and the entire layout of the control panel was confusing even to the most tech savvy person.

But they somehow saw a generation through. Even though they were embarrassing compared to your buddy's full blown KICKASS Pioneer system, the one you really wish YOU had. But the only one you could AFFORD was this crappy thing.

It was REALLY embarrassing when the girl you've always wanted came to see your place. What was your excuse? "Ummm...er, my REAL stereo is in the shop getting fixed, I...um....had to borrow this from my kid sister...Yeah, you know, just something to listen to while......" as she's walking out the door. Probably to see your buddy with the Pioneer stereo and you KNOW he's gonna rub it all in your face the next morning......


Posted by Larry Waldbillig at 7:59 am