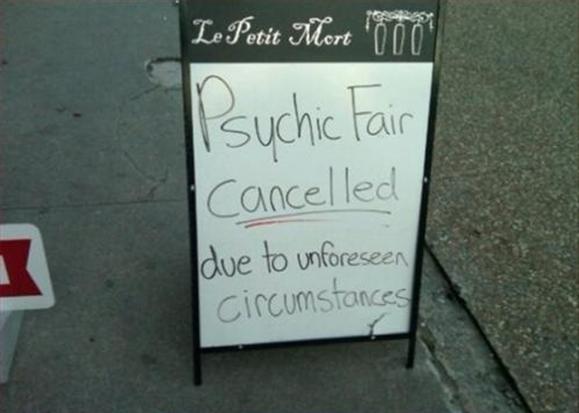 I'm taking a couple weeks off for health reasons (It's very hard to write in agonizing pain.)

Now THIS Is A Car Stereo! 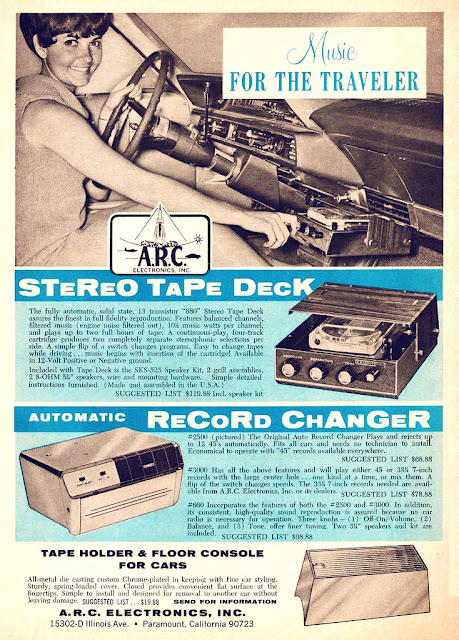 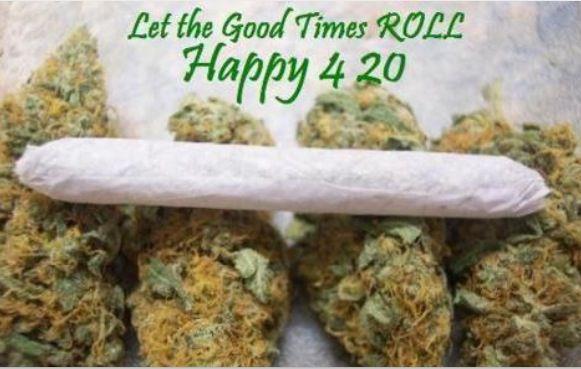 On 4/20 and especially at 4:20 PM, millions of people around the world smoke a much maligned, but fairly innocuous sticky green herb that relaxes people, reduces depression and boosts appetite.

I've smoked pot for nearly 30 years and compared to all other recreational substances (including alcohol), marijuana is the most benign. Today, there are synthetic and far more dangerous drugs easily available, such as bath salts and K2 that make marijuana, for all the reefer madness rhetoric about it that some STILL believe, appear as innocent as milk and cookies.

There's a growing awareness in even the most rigidly conservative states that marijuana isn't as bad as previously thought. (Even Mississippi decriminalized marijuana.) And with the onslaught of crystal meth and these new synthetic drugs and with a nation deep in debt and unable to sustain an abysmally failing war on drugs, something's got to give.

They had to eventually. I knew it would happen in my lifetime. But I was about 10 years off. Who could have known it would have been voted for in near landslides in two states?

Marijuana wasn't always illegal. In fact, there were NO laws against marijuana whatsoever until the early 20th century. George Washington and Thomas Jefferson grew and used marijuana. Marijuana was used for treating everything from asthma to pain relief (It doesn't actually relieve pain, but it does take the edge off it.)


Here's the ultimate playlist for your 420 holiday:

"You're soaking in it" 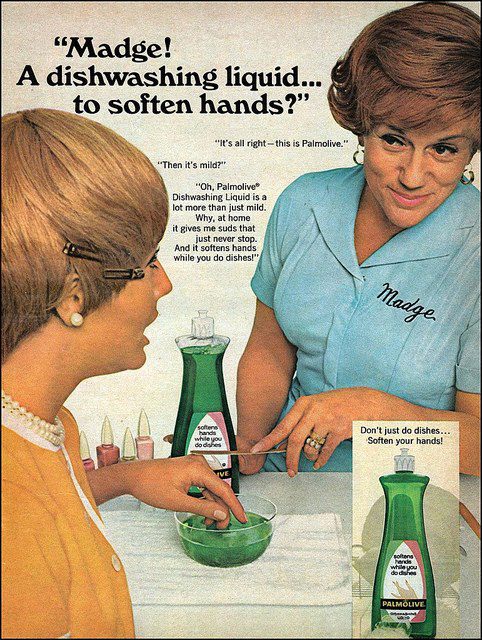 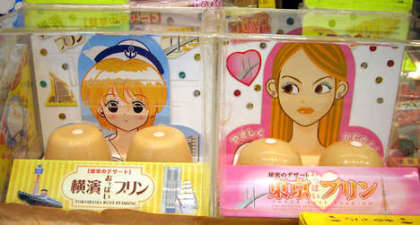 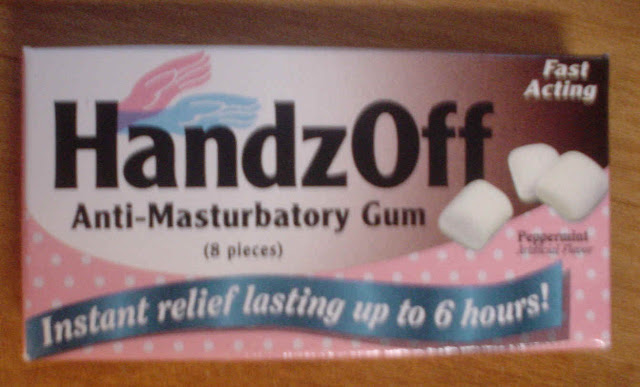 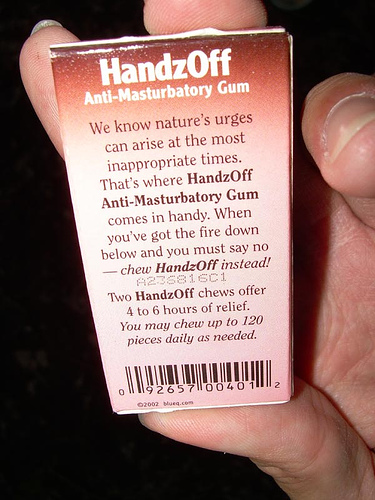 This was before, and after, Jack In The Box. In 1985, Jack In The Box in one of the most disasterous blunders ever made by a fast food chain, changed it's name to "Monterey Jack's"

Patrons were not impressed by the yuppified image makeover and exactly a year later, they became Jack In The Box again. 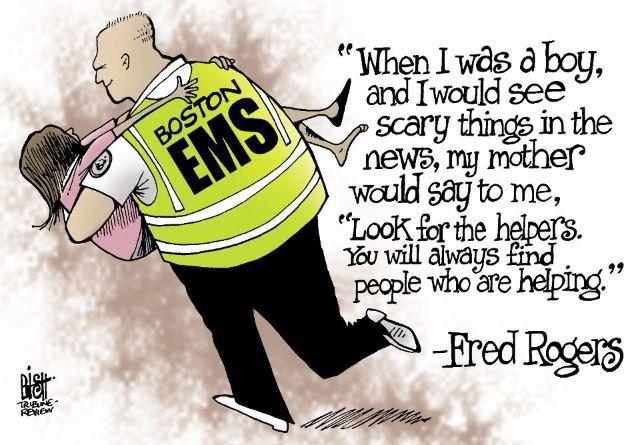 Posted by Larry Waldbillig at 6:34 pm No comments: 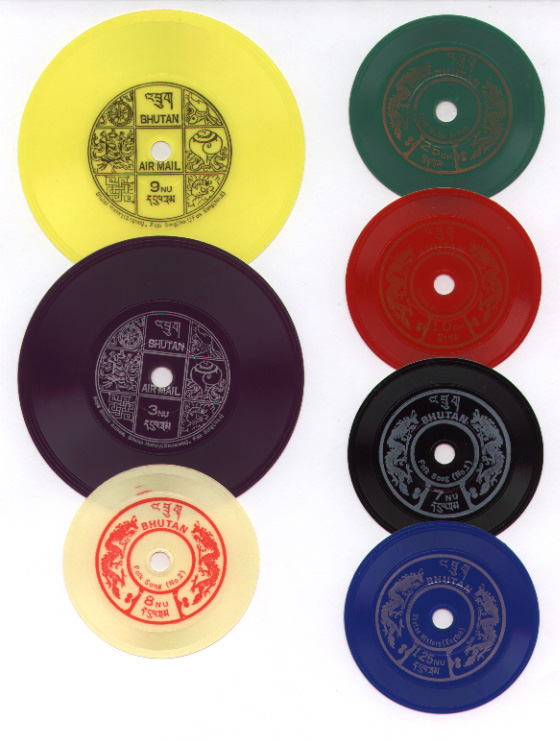 Anyone who collects stamps knows the remote Himalayan kingdom of Bhutan has by far the strangest and most unusual postage stamps in the world.

But these have to be amongst the STRANGEST of the strange. In the early '70s, Bhutan issued record-stamps. They are actual one-sided phonograph records, playable on any turntable without automatic, end of side pick up.

In a 21st century update, Bhutan recently issued a series of CD-ROM stamps....
Posted by Larry Waldbillig at 12:00 am No comments: 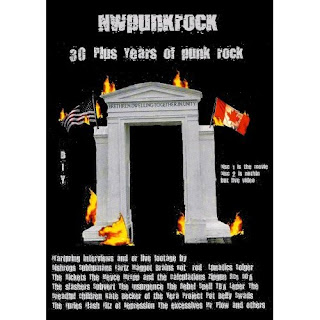 If you've always wondered where all that crazy grunge stuff in Seattle got it's start, look no further. This 2 hour documentary takes you back from the '70s all the way up to 2007 and looks at every aspect of the whole punk scene of the last 30 years from every location in the Puget Sound from Vancouver, BC to Olympia. A MUST watch for every fan of indie/DIY/punk/hardcore!

I don't know what attracts me so much to this song, but somehow I love it. I remember hearing it many years ago online on the now-defunct Saga FM 105.7 in Birmingham, England. There's a certain, distinctly British beauty about it that's hard to put in words. It's a song that really should/could have been a hit here in the States.

"Lightning Tree" (York Records, later reissued on Decca Records UK.) was originally released in 1971 and only charted in the UK and a few other countries. It was the biggest hit for a '60s UK pop band called The Settlers.

The song is most famous there for being the theme song to the Yorkshire TV/ITV series Follyfoot, which was about a rest home for horses, It had challenging things to say about the treatment of horses in British society that was far ahead of it's time. The show had a two year run on British TV and ran there as repeats until well into the late '80s.


The Settlers never had another hit single. Which was odd. I always thought they kind of sounded like The Seekers and I guess I'm wasn't alone when I looked them up on Wikipedia, http://en.wikipedia.org/wiki/The_Settlers_(band)

"The Settlers have generally been referred to as a folk group. However, like the Seekers, the successful Australian group with which they shared marked similarities, some of their material gravitated towards mainstream pop, which, taking its cue from American singer-songwriters Bob Dylan and Joan Baez and such groups as Peter, Paul and Mary and The Byrds, readily absorbed folk influences in various ways in the mid 1960s......"


Some bands/artists with food or food related names: 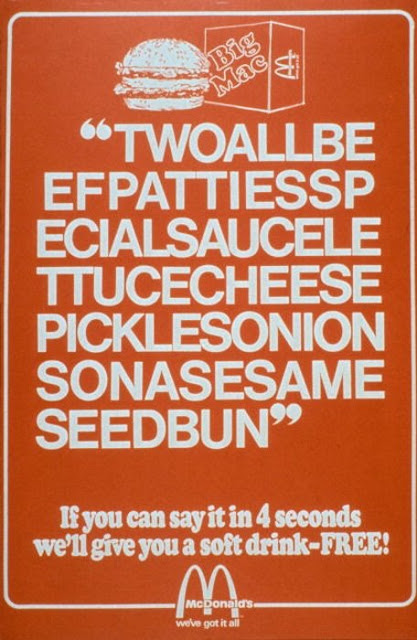 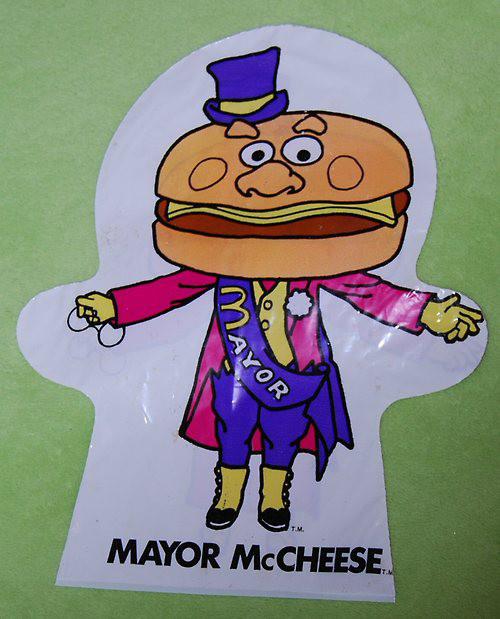 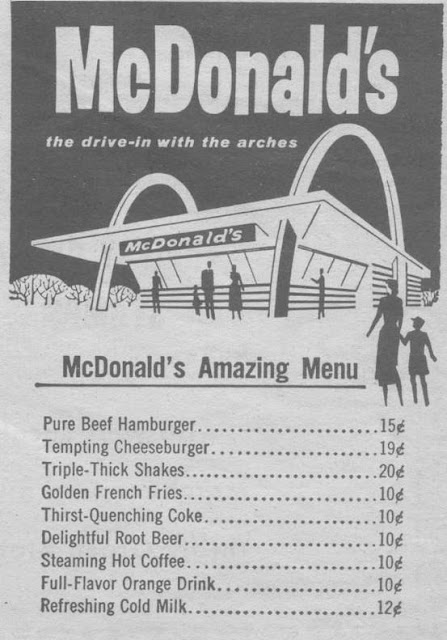 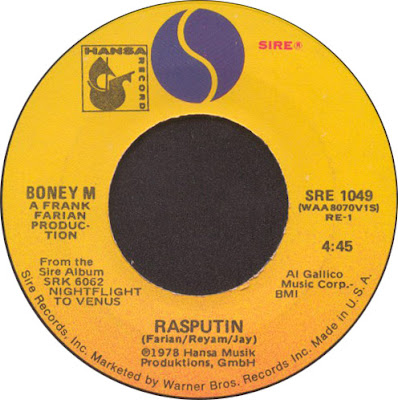 .....and my mom only gave me the orange chewable aspirin!
Posted by Larry Waldbillig at 12:00 am No comments: 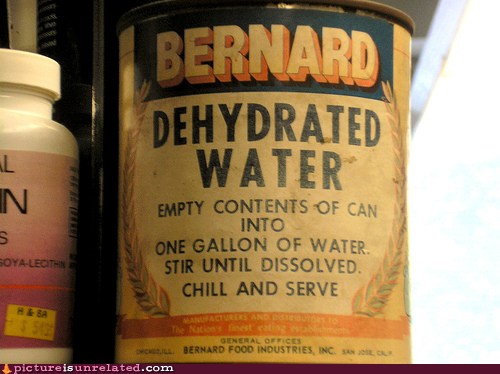 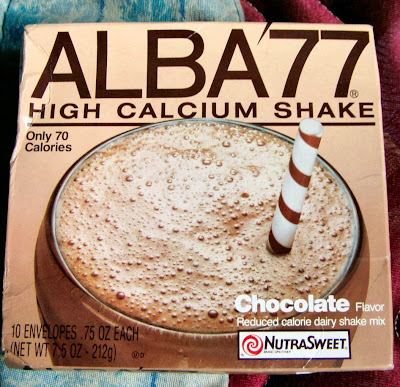 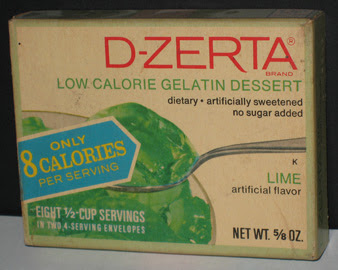 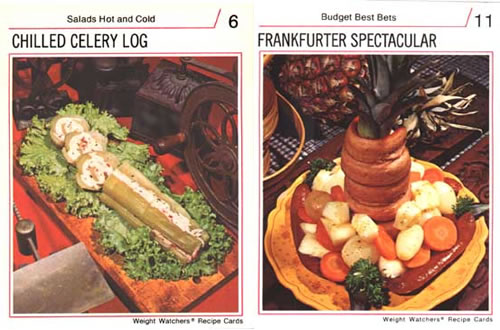 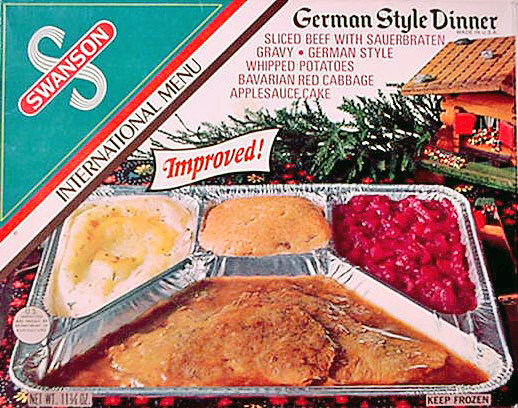 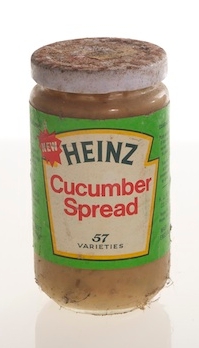 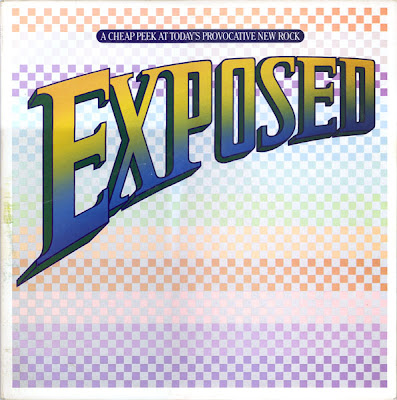 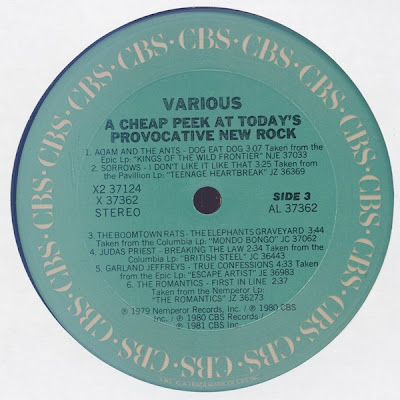 Back in 1981, CBS Records released a 2 LP compilation of what was then some pretty cutting edge music called "Exposed: A Cheap Peek At Today's Provocative New Rock". It featured a few hits from Loverboy, Judas Priest and Adam & The Ants, but mostly selected album cuts from newer artists back then to the CBS house labels (Columbia, Epic and Portrait) as well as labels which CBS distributed (Nemporor, Stiff and Cleveland International.)

It sold on the counter of your favourite record store for a super cheap list price ($2.98, at a time when many rock acts were making double concept albums with more filler than you can shake a meatloaf recipe at for $15.98.)

It was what they called a "loss-leader", meaning if you liked what you heard on this sampler, you COULD be inclined to buy the full length albums from the artists you liked. But this 2 LP set was a nice way to come home from a fun day at the record shop with a little something extra in the bag to round out an evening of stereo fun.

Another act prominently featured on the set was Ellen Foley. Her name may not instantly ring any particular bells. But if you've ever wondered who that chick was who sang with Meatloaf on his hit "Paradise By The Dashboard Light"....

You may also know Ellen Foley as Billie Young from the '80s TV sitcom Night Court. But in the early '80s, she took a stab at a solo music career, recording two albums. One of them, The Spirit Of St. Louis was recorded with The Clash as her backing band. She was going out with Mick Jones at the time, a relationship that didn't work out - he wrote "Should I Stay Or Should I Go" about her.

There are other lost power pop/new wave gems here (The Sorrows, Garland Jefferys), some early country/rock crossovers (Rosanne Cash, Steve Forbert) and others completely lost to time and memory.

It was also popular enough to spawn a sequel album later that year.... 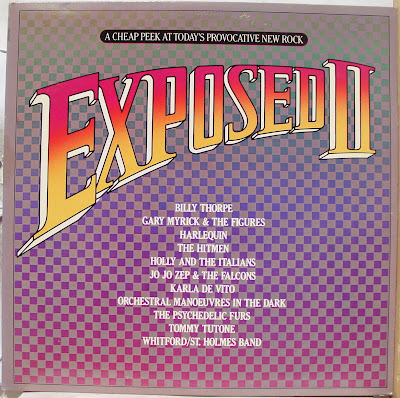 Oldest Photograph in history, from 1826.
Posted by Larry Waldbillig at 12:00 am No comments: 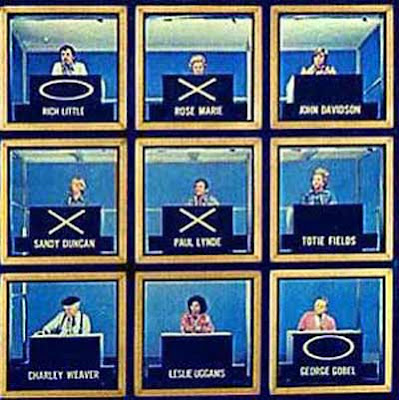 These great questions and answers are from the days when ' Hollywood Squares' game show responses were spontaneous, not scripted, as they are now.  Peter Marshall was the host asking the questions, of course...

Q.  Paul, what is a good reason for pounding meat?
A.  Paul Lynde: Loneliness!
(The audience laughed so long and so hard it took up almost 15 minutes of the show!)

Q. Do female frogs croak?
A. Paul Lynde: If you hold their little heads under water long enough.

Q. If you're going to make a parachute jump, at least how high should you be?
A. Charley Weaver: Three days of steady drinking should do it...

Q. You've been having trouble going to sleep.  Are you probably a man or a woman?
A.  Don Knotts: That's what's been keeping me awake.

Q. According to Cosmopolitan, if you meet a stranger at a party and you think that he is attractive, is it okay to come out and ask him if he's married?
A. Rose Marie: No wait until morning.

Q. Which of your five senses tends to diminish as you get older?
A. Charley Weaver: My sense of decency.

Q. In Hawaiian, does it take more than three words to say 'I Love You'?
A. Vincent Price: No, you can say it with a pineapple and a twenty.

Q. As  you grow older, do you tend to gesture more or less with your hands while talking?
A. Rose Marie: You ask me one more growing old question Peter, and I'll give you a gesture you'll never forget.

Q. Paul, why do Hell's Angels wear leather?
A. Paul Lynde: Because chiffon wrinkles too easily.

Q.  Charley, you've just decided to grow strawberries.  Are you going to get any during the first year?
A.  Charley Weaver: Of course not, I'm too busy growing strawberries.

Q. It is considered in bad taste to discuss two subjects at nudist camps.  One is politics, what is the other?
A. Paul Lynde: Tape measures..

Q.. During a tornado, are you safer in the bedroom or in the closet?
A. Rose Marie: Unfortunately Peter, I'm always safe in the bedroom.

Q.  Can boys join the Camp Fire Girls?
A.  Marty Allen: Only after lights out.

Q. When you pat a dog on its head he will wag his tail.  What will a goose do?
A. Paul Lynde: Make him bark?

Q. If you were pregnant for two years, what would you give birth to?
A. Paul Lynde: Whatever it is, it would never be afraid of the dark.

Q. According to Ann Landers, is there anything wrong with getting into the habit of kissing a lot of people?
A. Charley Weaver: It got me out of the army.

Q. It is the most abused and neglected part of your body, what is it?
A. Paul Lynde: Mine may be abused, but it certainly isn't neglected.

Q. Back in the old days, when Great Grandpa put horseradish on his head, what was he trying to do?
A. George Gobel: Get it in his mouth.

Q. Who stays pregnant for a longer period of time, your wife or your elephant?
A. Paul Lynde: Who told you about my elephant?

Q. When a couple have a baby, who is responsible for its sex?
A. Charley Weaver: I'll lend him the car, the rest is up to him.

Q. Jackie Gleason recently revealed that he firmly believes in them and has actually seen them on at least two occasions.  What are they?
A. Charley Weaver: His feet.

Q. According to Ann Landers, what are two things you should never do in bed?
A. Paul Lynde: Point and laugh.
Posted by Larry Waldbillig at 12:00 am 1 comment:

Email ThisBlogThis!Share to TwitterShare to FacebookShare to Pinterest
Labels: 1980s, 2010s, Historical, Magazine, Then And Now 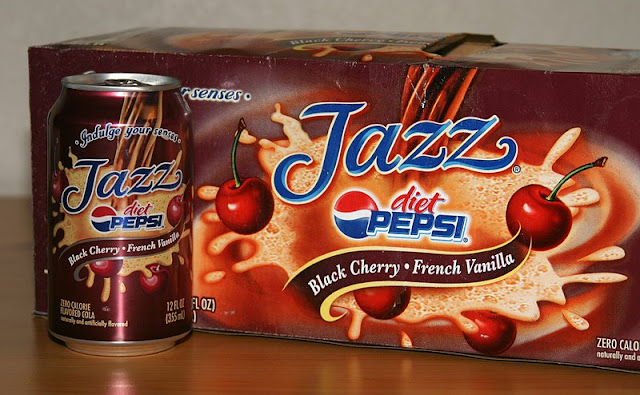 PepsiCo, the world's second largest soft drink company, has claimed trademark protection on the word "Jazz" and has issued cease and desist orders to anyone currently using the word other than in reference to their diet cola product of that name.

Pepsi Jazz has been on the market since 2006, while the word "j---" goes back to around 1915, but PepsiCo was able to exploit a loophole in the burgeoning field of ridiculous intellectual property claims. "No one had trademarked the word," said Pepsi spokesbastard Phil Clabbard, "so we took the opportunity to secure our brand property. We feel this will eliminate confusion that may be usurping our brand integrity and product recognition. From now on, when anyone says 'Jazz,' everyone will know they mean 'Pepsi Jazz.'"