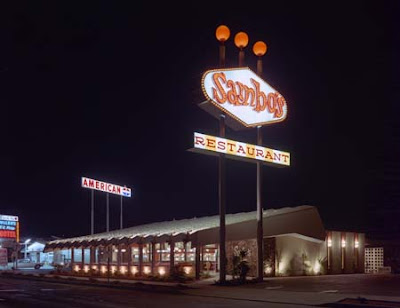 Sambo's was a national restaurant chain that specialized in pancake breakfasts. But also offered burgers and other fare. 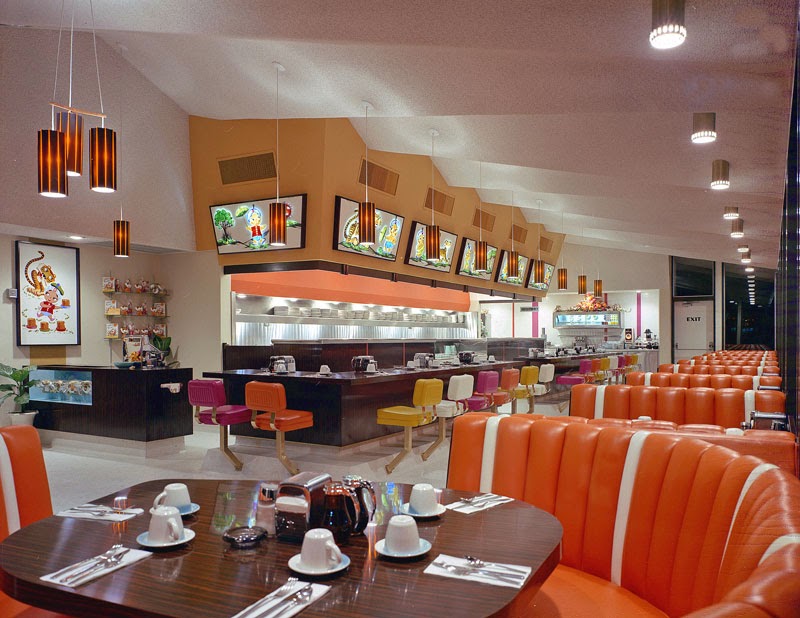 It also found itself on the wrong side of history.

The name was created out of the names of the founders of the chain,  Sam Battistone Sr and Newell Bohnett. But they soon tied it into one of the most racist children's stories in recorded history, The Story of Little Black Sambo.

But somehow, the founders didn't get the memo. They originally decorated their restaurants in stereotypical illustrations of a little African-American boy (the original story had depicted a dark skinned Indian boy, but the illustrations were of these stereotype images.) 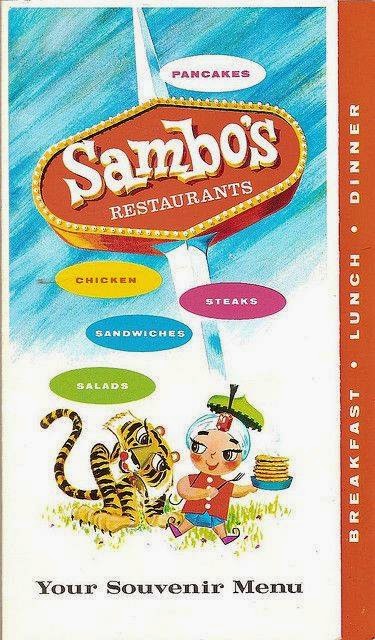 But by the '60s, the illustrations had been neutralized to a lighter-skinned Indian boy with a turban (but that opened another can of worms.) They began emphasizing the tigers in the original story. But then there was that name. The African-American community had enough.

By the end of the '70s, the writing was on the wall. Soon Sambo's locations either changed names or owners or were closed by 1982.

Only the original restaurant in Santa Barbara, CA remains......
Posted by Larry Waldbillig at 8:46 pm