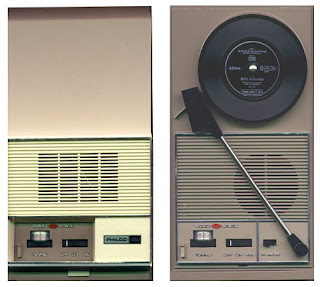 One of the greatest fads of the '60s, Philco/Ford's Hip Pocket Record machine (1966-68) wasn't the SMALLEST of the tiny phonographs of the '60s. But it was the most commercially promoted. 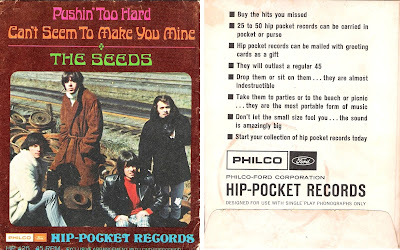 The shoebox sized player had a built in AM radio (as it's many imitators did) and played 4" records made of the same material as (and most likely made by) Eva-Tone Soundsheets (the makers of those thin square promotional records you found in magazines and junk mail back in the day.) 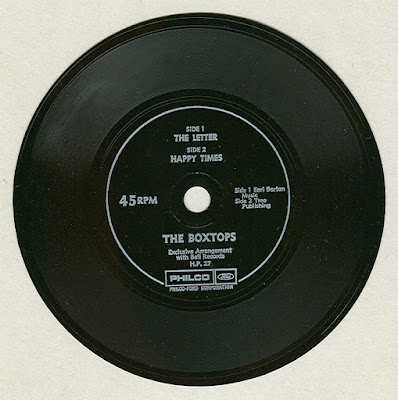 They didn't warp in the sun as badly as traditional vinyl and the gimmick was you could store them in your hip pocket without damage (let's see the person who came up with that novel little suggestion actually TRY it!) The Hip Pocket record player could also play standard 45 RPM and 12" 33 1/3 LP records (believe it or not!) 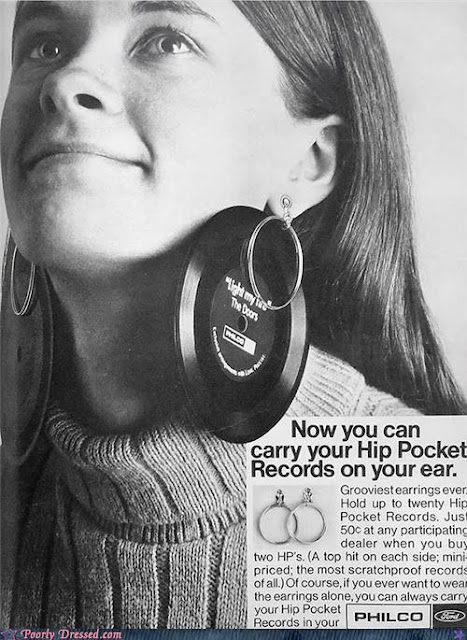 Posted by Larry Waldbillig at 6:39 am