Before They Were Stars: The Cars

When you mention The Cars to some people, they, by some primeval instinct or something, quietly sing "Shake it up....ooh-ooh.....shake it up....". Never mind The Cars racked up quite a few hits and "Shake It Up" wasn't even their biggest.

But even more bizarre was the fact that before Richard Otcasek and Benjamin Orzechowski found superstardom (and less surname baggage) as The Cars, they were in a folky pop group called Milkwood and released an album.

The album was titled How's The Weather.

You might wanna loosen up your skinny tie for this one...... 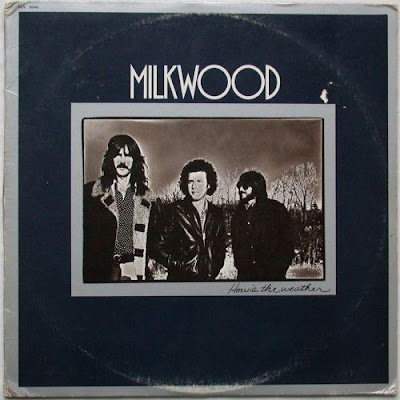 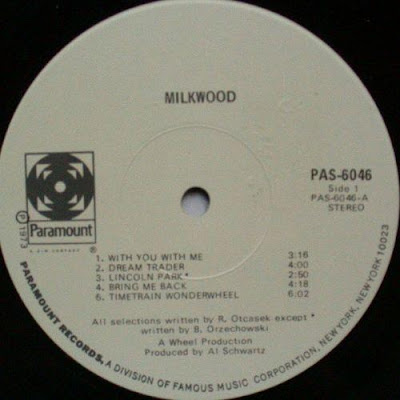 How's The Weather didn't get very much airplay. Probably because nobody outside of Boston ever heard of these guys and How's The Weather was one of the most generic album titles in history (it wasn't even printed on the label!) and most likely, it was 1972 and there were literally THOUSANDS of albums released that year ALONE that sounded very similar to Milkwood's first and only album.

So it was pretty obvious how it all got lost in the shuffle. But if you stumble across an excellent to near mint original vinyl copy, you might want to hang on to it. It's worth a bit.

Here's the entire first side of that album for your listening and dancing pleasure. BE WARNED: You won't hear the synthesizers or Ric Ocasek's stifled hiccup that made The Cars records so famous. This is more like Jim Croce meets Crosby, Stills & Nash meets America.

Posted by Larry Waldbillig at 11:49 am

Email ThisBlogThis!Share to TwitterShare to FacebookShare to Pinterest
Labels: 1970s, 1980s, Before They Were Stars, Pop, Records