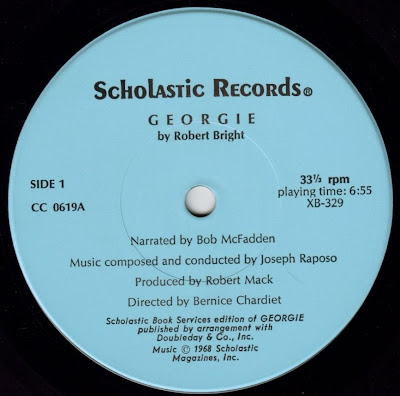 And the B-Side:  Mother Ghost Nursery Rhymes and Other Tricks and Treats 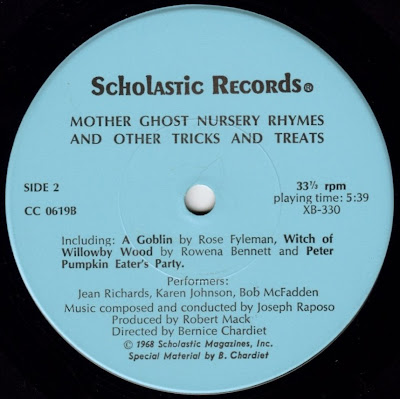 I think everyone who ever went to a suburban public elementary school in the '70s still remembers the Scholastic Book Club flyers and the books, magazines and records they offered within

Scholastic Records was a sort of like Disneyland Records, if Disneyland were heavier into story books for their literary value than the commercial exploitation of them.

The Georgie record were based on a series of books written by Robert Bright, an author of children's books and it's pretty safe to say Georgie (written in 1944) was inspired by Casper The Friendly Ghost (first featured in 1939.) You could not hear this record and not make some immediate connection with Casper. Both are friendly ghosts, both are lonesome. Both have human relation problems.

Georgie was narrated by voice actor Bob McFadden, best known for his commercial work - he was the voice of Frankenberry in the Count Chocula cereal commercials.


Bob McFadden also had a Halloween hit in 1958, "The Mummy" for Brunswick Records. 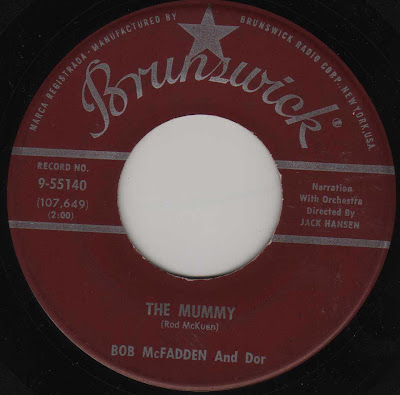