Red Sovine was a journeyman country singer who recorded for several labels, including RCA Victor and Decca with little success. But he soon became best known for his sentimental spoken word stories, mostly focused around long haul truckers and their families. It's with this niche did Sovine (and Starday/Gusto/Power Pak Records) find their greatest fan base. 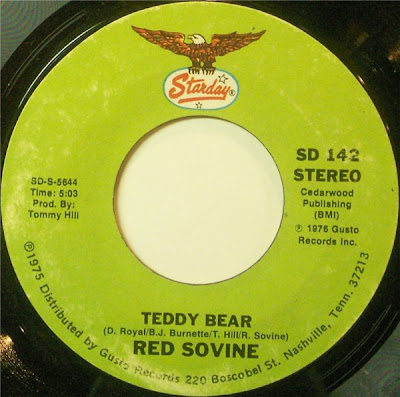 "Phantom 309" is also parodied by an act called Red Bovine, who released "The Phantom Wind Breaker" in 1977 and was featured heavily on Dr. Demento's radio program and a few of Dr. Demento's album compilations..


Red Sovine died in 1980 while suffering a massive heart attack that caused him to swerve off the road and crash into a tree. He was 61.
Posted by Larry Waldbillig at 2:18 am