I'm no fan of child recording stars in any way. I just can't handle the high, shrill frequencies that leave me screaming for a Fiona Apple tune. But this record bears a special horror to me, as my mom once owned a copy of this album.

If you're not familiar with the name Lena Zavaroni, you probably weren't around in 1974. Because for most of that year, this Scottish girl was "The Next Big Thing", appearing on American variety shows and telethons and scoring a debut album at the tender age of 10 with Ma! He's Making Eyes At Me.

But beyond who this girl who seemed to come out of nowhere was, it was the impact it had on an American R&B institution.

But by this time, all of Stax's biggest artists from the '60s had been stolen by Stax's former distributor, Atlantic Records by 1968 and Stax was left with only a handful of lesser soul acts on the label. Even the original master tapes of Stax's most successful '60s hits were taken. The label virtually had to start all over again from the beginning. 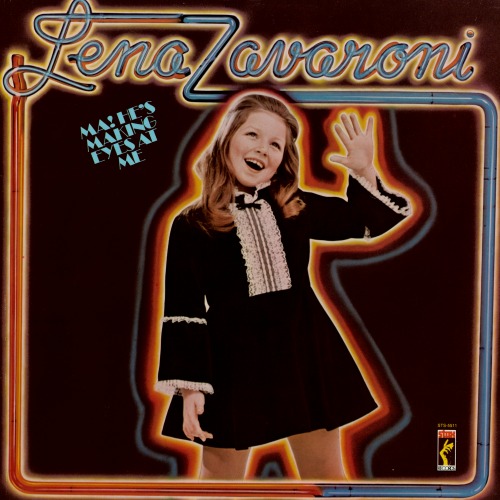 How do you recreate such a massive institution Stax was?

After 1968, Stax had floundered so badly in a lopsided distribution agreement with CBS Records that in a Faustian deal (it's the only way I can describe it) Stax quickly signed this girl for American distribution (I'm not sure whether it was Stax themselves that signed her as a last ditch attempt to bring their sorry financial house back in order or CBS that forced them into it in the hopes of killing off a potential rival to CBS's own home roster of R&B acts - the story varies.) But thanks to the crappy CBS distribution deal, the only way they could promote this album was through a massive TV campaign of commercials for the album (which my mom succumbed to), and other TV appearances because most record stores had trouble even getting Stax's regular R&B output.

Stax was also considered the bratty stepchild within the CBS household and with the exception of a few token spins of her only charting single (the album's title track) American radio simply would not play her songs. (10 year olds singing songs that only grandmothers liked has a way of doing that.)


And even more embarrassing for Stax, which was once one of the biggest and most respected R&B record labels in America were some of the blackface Al Jolson songs this little 10 year old white girl sang on this album, including "Mammy" and "Rock-A-Bye Your Baby (With A Dixie Melody)" 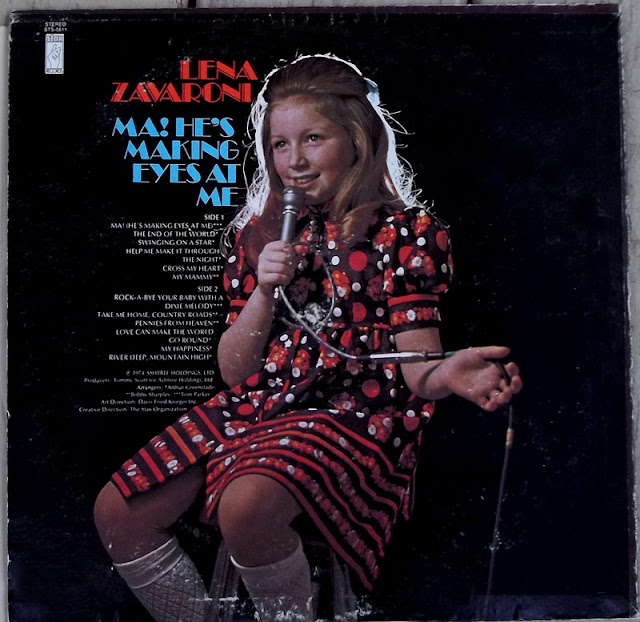 The gambit failed - HORRIBLY. Stax suffered a massive backlash from it's loyal base of hardcore R&B fans over this album and Stax went bankrupt in 1975. It's name and remaining assets were picked up by Fantasy Records and aside a few releases every so often, was mostly dormant until the 2000s.

But she disappeared as quickly as she came in America.

She maintained a small cult following in Europe (where she became more or less the Connie Francis of the '80s, still singing pop standards at a time when most young women her age were singing far more edgier rock material.) While considered a throwback in the '80s, she would probably seem very mainstream today.


She had a variety show in the UK (where the variety TV show format survived well into the '80s.)


However, she suffered from anorexia. Her weight dropped to a deadly 70 lbs. On top of struggling to maintain a fading career. At the end of her life, she was living on UK government benefits. She also suffered from chronic depression, at one point begging for doctors to operate on her brain so she wouldn't have to suffer anymore (This was before the days of newer medications and treatment programs.)

The eternal tragedy of the former child star. Perhaps the most Faustian deal there is.