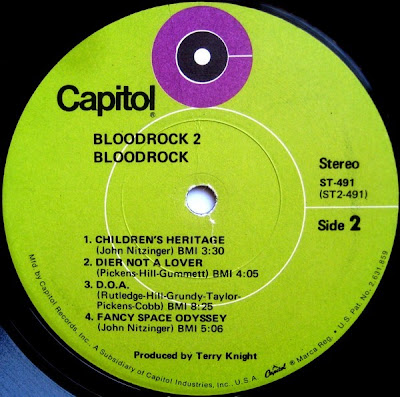 This is another super creepy song and a heavy metal classic. Single handedly inspiring countless classics such as "Detroit Rock City" Kiss and "One" Metallica. With a lead singer whose voice and style of singing was an irrefutable template for Ronnie James Dio's '80s career.

"D.O.A." is a song written from the perspective of someone dying in a horrific plane crash, inspired by an actual event the band's guitarist witnessed when he was 17. "D.O.A." was Bloodrock's biggest hit (and the song was released as a heavily edited - and sucky - single version) So here it is in it's full 8:25 album length glory. This is from their album Bloodrock 2.