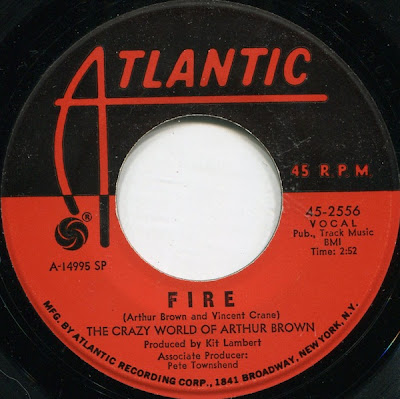 When I was a little kid, this song's opening used to scare the crap out of me.

Before Kiss, before David Bowie and even before Alice Cooper, there was Arthur Brown in 1968. He originated the kabuki makeup look in rock n' roll - LONG before everyone else.

With the scary makeup and declaration at the beginning of this song, as corny as this song is, it still got banned off many radio stations in the Bible Belt.

Arthur Brown also has the distinction of being the first rock artist to explore fear as a main topic of his albums, also LONG before all the other kabuki-coated imitators that followed him.....
Posted by Larry Waldbillig at 3:07 pm