If you grew up in the Pacific Northwest from the '60s to the '80s, you no doubt remember this sign:

Pay 'n Save's ubiquitous blue/green block letter signs were everywhere in strip malls, REAL malls and shopping centers all over the Pacific Northwest, well into California and as far east as Montana and Wyoming.

The Seattle based drug store chain's blue/green colour scheme did not end at just their signs. Their stores interiors and their house brand of products all had it too. 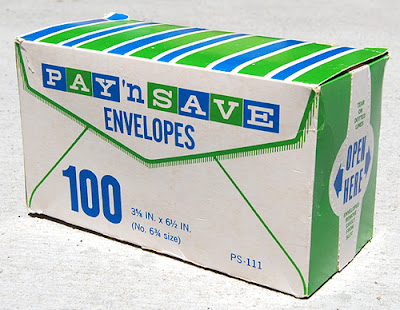 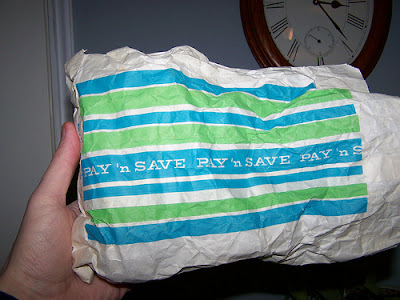 I worked at a Pay n' Save. And at the end of the day, after I came home and I took my blue vest, blue pants and green work shirt off. I immediately took a shower to make absolutely sure I got ALL this blue/green crap off of me. Just to make sure..... 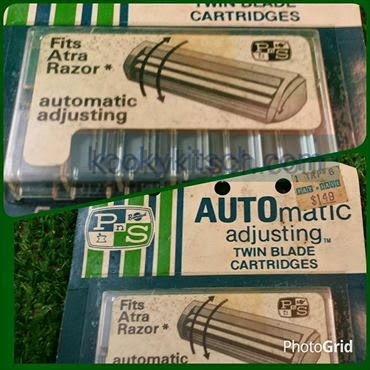 You quickly begin to HATE corporate colour schemes in a few weeks.

Some old timers I remember still got away with this shirt 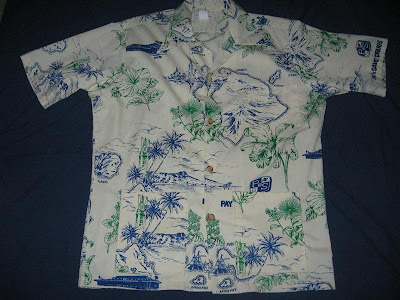 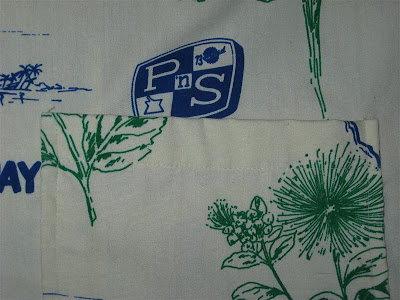 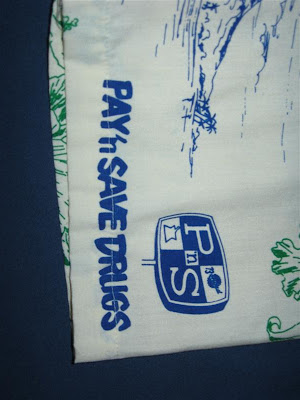 Pay 'n Save grew to be force to be reckoned with. QUICKLY. (Even at their ORIGINAL location at 4th & Pike Street in Seattle, which - KUDOS for them, was STILL in business. until the day Pay 'n Save went officially bankrupt.)

They also had a hydroplane, the popular Miss Pay 'n Save. 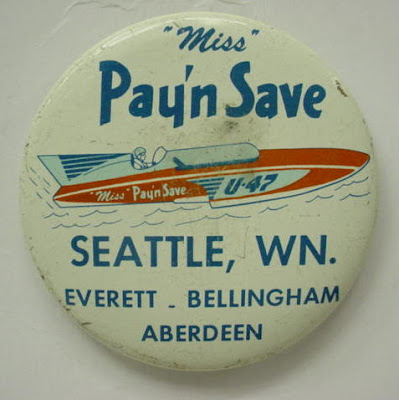 It acquired Fred Ernst's hardware chain and Malmo Nurseries in 1959. And the snazziest department store this side of Frederick & Nelson, Rhodes in 1968.... 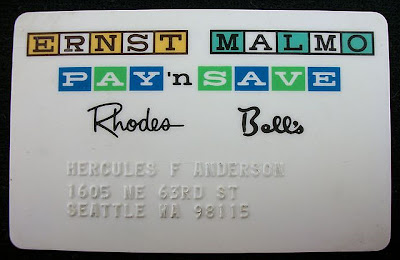 The Pay 'n Save Empire had grown to also include Schuck's Auto Supply, Yard Birds and Bi-Mart. But like many regional retail chains, over expansion in the '70s, various ownerships and increased competition from national chains in the '80s led to the once giant retailer's demise in the late '80s. Pay 'n Save was sold to competitor Payless Drug in 1989 and Payless was absorbed by the national Rite-Aid chain in 1996.

Posted by Larry Waldbillig at 5:58 pm