In 1968, RCA Records made some radical changes to the then 70 year old record label/electronics manufacturer. 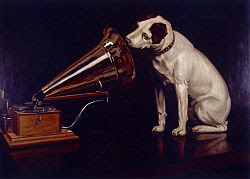 His Master's Voice, the iconic dog and gramophone image that appeared on every RCA record and phonograph since 1900 was retired. In it's place were the letters "RCA" in modern block lettering.

This outraged many collectors. Nipper was being replaced by an ugly bland orange label! How could RCA do this?

Next to the even bigger howl from music fans when RCA's infamous Dynaflex vinyl was unveiled in 1971 (a super thin lightweight vinyl record which RCA claimed to be "the record of tomorrow"), RCA was constantly criticized for their corporate-heavy cheapness and questionable product. 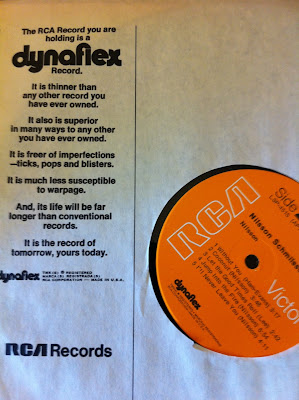 To me, Dynaflex had it's good and bad. It WAS quieter. Even after 40 years, many of my old Dynaflex albums still have very little surface noise. But sonically, it was also quieter too, so you had to turn up the volume. And the ugly by-product of that; Because it was so thin, it tended to pick up any rumble from older turntable motors more acutely. Many automatic record changers some people used often dropped two Dynaflex records if they were played on them

But I consider this period to be RCA's most unique. RCA had established a series of sub-labels, all with different colours. I want to create a rainbow mosaic of all of them because they simply look cool when you put them all together.

Here's a small sample of these '70s colour labels from the US and from around the world.

From Around The World: 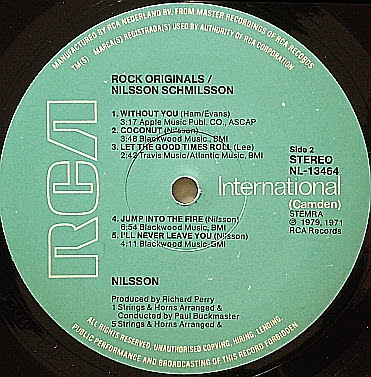 I've seen other colours, including purple, maroon and dark brown (from Asia), but I can't find any either in my own collection or online to add here. But here's one more 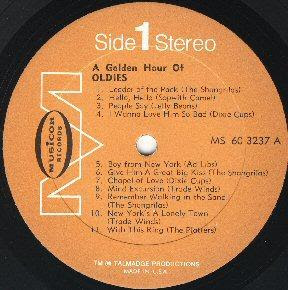 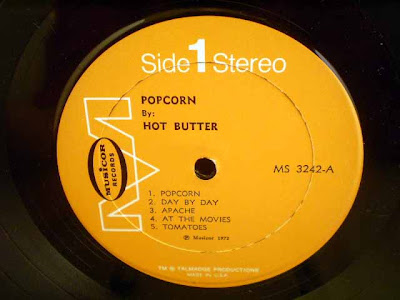 I used to be curious about the Musicor's '70s label almost creepy similarity to the RCA label of the time. It reminded me of another little copycat label 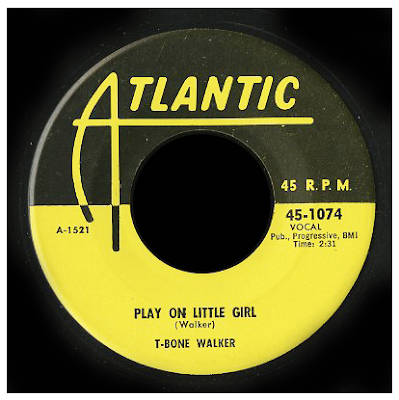 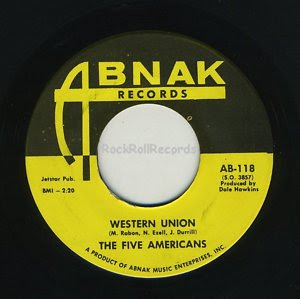 Posted by Larry Waldbillig at 1:32 am