In the early days of cable TV, there weren't many channels. In fact, they were mostly your local over the air TV stations (with a few from the hinterlands, or over the border if you lived near Canada or Mexico.) The places where cable TV at that time was most frequently used were in areas too distant from cities with TV stations, where signals were too snowy and ghosty to watch - if they could be received at all.

That changed in the early '70s with the introduction of HBO and Showtime premium movie channels. By the late '70s cable began adding "super stations", over the air TV stations that offered their programming to nationwide cable (WTBS Atlanta - now known as simply TBS - the original Atlanta TV station was sold in the mid '80s. And WGN-TV Chicago and a few short-lived channels.)

The lineup was vastly expanded by 1980. And along the way, there were countless startup channels that grew and morphed into household names we know today: Lifetime, Fuse, MSNBC, Bloomberg, ABC Family and so on. 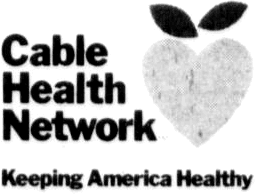 - The Video Music Channel (early '80s): One of the few pre-MTV video music channels and seen on selected cable TV systems as well. The VMC, like WTBS and CNN was based in Atlanta (but unrelated.) And it was one of a few major market over the air UHF TV stations that ran all music videos (others were in Boston and New York.) It's been said the original plan for Seattle's KTZZ-TV (now KZJO-TV) was to run primarily music videos, but the idea was scuttled after Viacom threatened to not carry the station on it's vast Seattle area cable system, lest it harm it's precious MTV. 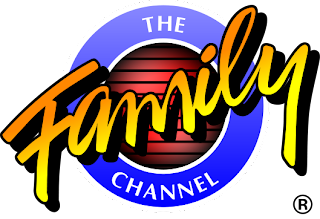 - The CBN Family Channel: Launched by evangelist Pat Robertson as a "family friendly" TV channel  Initially all religious, it moved towards mainstream classic TV with sitcoms and westerns from the '50s. It was eventually sold to Fox and later Disney/ABC. But as a precondition, the network MUST to this day carry Robertson's own show, The 700 Club. Why? Because Pat Robertson owns the word "Family" (as trademarked/marketed as a TV network.)


- FNN (Financial News Network) An early business news channel. A pretty interesting one I must say - you never saw Frank Zappa hosting a show on CNBC did you? 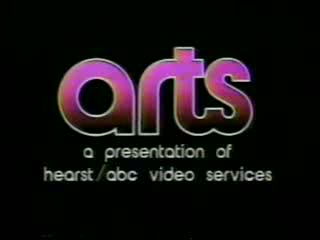 - Alpha Repertory Television Service (ARTS): One of the first highbrow fine arts cable TV channels (along with Bravo and The Entertainment Channel.)

One of the early predictions of the expanding cable TV boom of the early '80s was these channels would be so successful, there would be no need for government-funded PBS (which the Reagan administration and all Republicans afterward absolutely HATED.)

Unfortunately, advertisers for these channels were hard to come by. Commercial advertisers were never big on classical music, opera, ballet and the fine arts to begin with and most finicky arts-oriented viewers resented the whole idea. Period. ARTS merged with The Entertainment Channel to form - what else, Arts & Entertainment or simply, A&E.

Originally, ARTS aired on Nickelodeon's channel after Nick signed off. After A&E was formed, the evening hours formerly used by ARTS became Nick at Nite, originally running rerun sitcoms from the '60s and '70s.

- Kaleidoscope: A channel for those with disabilities. Looked like a great idea, but disabilities are far too wide ranging for one channel to specialize in.

- MuchMusic USA: MuchMusic (or simply Much) is a Canadian video music channel that stepped into the American market. with limited success. It rebranded as fuse in 2003 and has for the most part replaced MTV as the primary TV source of music videos, which the original MTV ended in the early 2000s to focus on solely on teen oriented "reality" shows.

- Fine Living Network: A network targeted to upscale viewers. It was replaced by The Cooking Channel.

- Trio: An unusual cable network. A joint venture of the CBC (yep, the Canadian Broadcasting Corporation) and NBC, this channel specialized in American TV shows that were largely forgotten or unseen in most of America and Canadian and UK TV programs such as The Littlest Hobo, Follyfoot and Coronation Street and then-current Australian programs such as The Blue Heelers. It also showed the infamous American Pink Lady & Jeff show for the first time in nearly 25 years in 2002.

This is likely to be the first in a series. So many cable TV channels have come and gone, it's hard to name them all.
Posted by Larry Waldbillig at 12:00 am