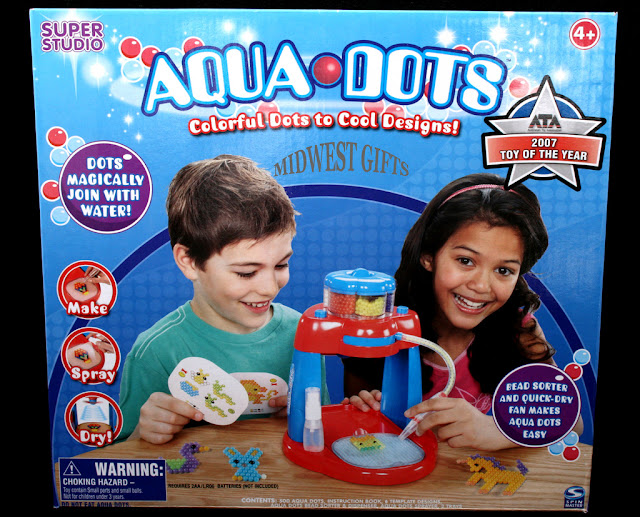 A kids art toy that made art out of little beads (aka "dots") and it was 2007 Toy of The Year, what could go wrong?

The beads were manufactured in China and when combined with water, the chemicals did more than make art. When little kids swallowed the colourful dots that looked like candy (as little kids tend to do), and when mixed with water (or saliva) they combined to make what is known as GBH, infamously known as a "date rape" drug. Several kids were hospitalized after ingesting them. Fortunately no fatalities.

They were immediately recalled and parents rightfully began to question toys made in China and to no one's surprise, the vast majority of American toys are manufactured in China. Which is out of the jurisdiction of American regulators and where American toy corporations manufacture most of their toys because of the extremely cheap labour in manufacturing.

The product was reintroduced as Bindeez, Beados and Pixos using a non-toxic formula that was coated with a bitter tasting substance to discourage ingestion.