The Thompson Twins were a 1980's pop group, best known for their hits "In The Name Of Love", "Lies", "Doctor Doctor" and "King For A Day"

(....and just for the record, none of them are twins and neither of them are named or surnamed Thompson....)

They were among a handful of '80s pop groups (including Journey, Frankie Goes To Hollywood and The Stranglers) that had their own video games. In the case of The Thompson Twins, their game came on a vinyl flexi-disc in Quicksilva magazine for the ZX Spectrum computer in the UK (and the Timex Sinclair ccomputer in the USA) Both were short lived home computers (as most were in the '80s.) 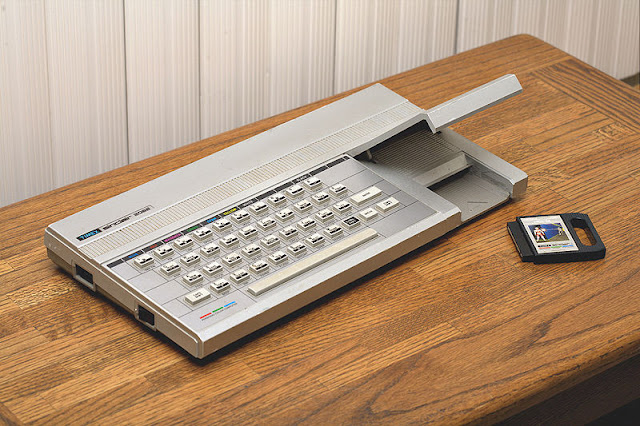 You had to play this record on your turntable and record it onto a cassette tape. Then play it on the external cassette drive of the computer (sold seperately) and wait for it to load up. Which took a good 10 minutes.

And when you were done, you had a playable game.

The graphics were horrible (but this was also 1984.) and it was pretty much a very lousy text-based video game. But in 1984, this was state of the art. 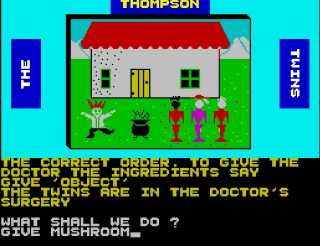