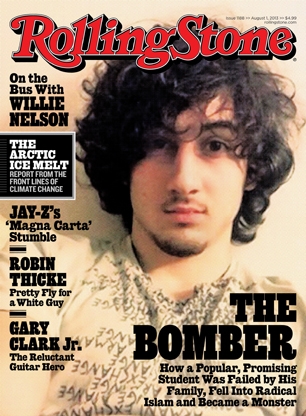 With the controversy this week over the latest Rolling Stone cover featuring Boston Marathon bombing suspect Dzhokhar Tsarnaev, I thought I'd take a look at shocking magazine covers. While this photo, a self pic taken by Tsarnaev on his cell phone had long been circulating on the internet and even made the front page of the New York Times in May.... 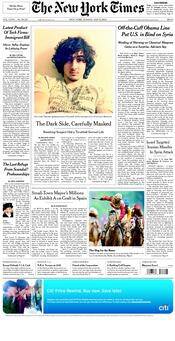 ....the same, untouched photo on the Rolling Stone cover caused outrage in the media. Prompting many in the media to accuse Rolling Stone of making Tsarnaev appear like a rock star, in spite of the New York Times and other outlets use of this same photo.

Let's take a look at a few other controversial magazine covers. 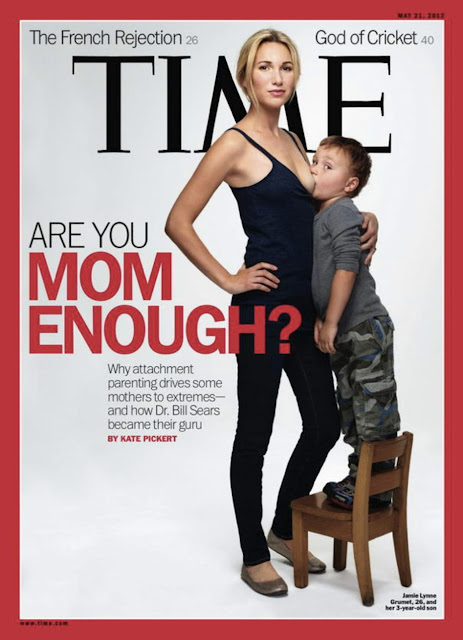 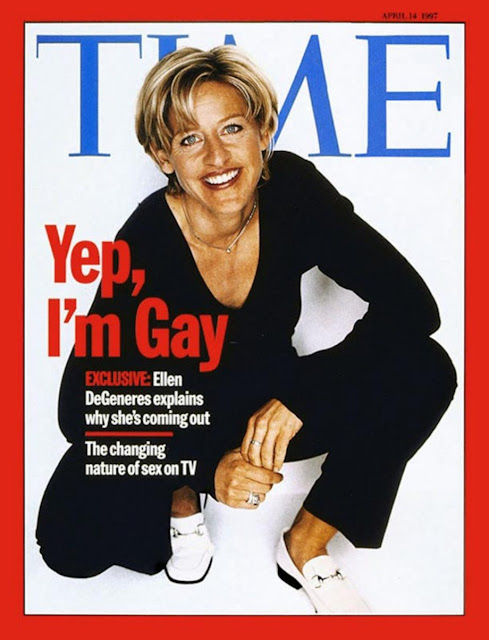 A famous TV star coming out on the cover of Time magazine wouldn't raise an eyebrow today, but 16 years ago in 1997, Ellen DeGeneres was dealt a backlash by several media outlets, many of them dropping her program. But to the horror of social conservatives, there was actually far more public praise for DeGeneres than criticism. Society's attitudes towards the LGBT community were already changing not towards mere tolerance. but full blown acceptance. Rapidly. And there was no turning back. 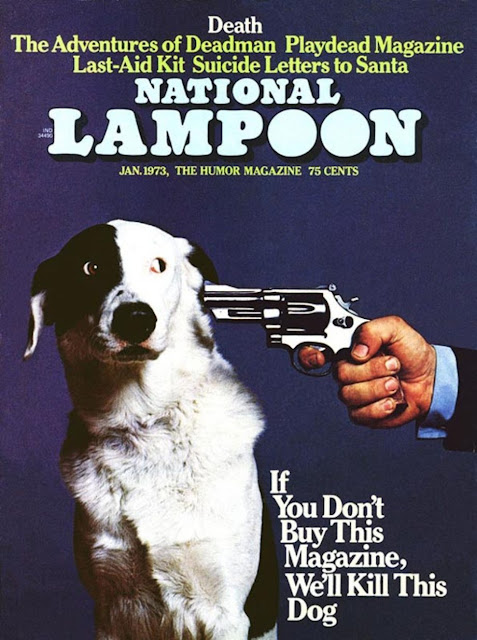 National Lampoon has always been known for it's edgy, often politically incorrect humour. But this 1973 cover crossed the line from edgy to cruel with many people. But since any publicity is good publicity for a humour magazine, they reprised this cover photo on the picture disc version of their 1977 LP That's Not Funny, That's Sick 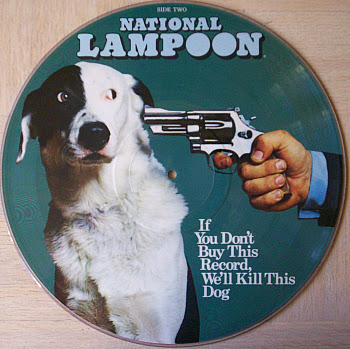 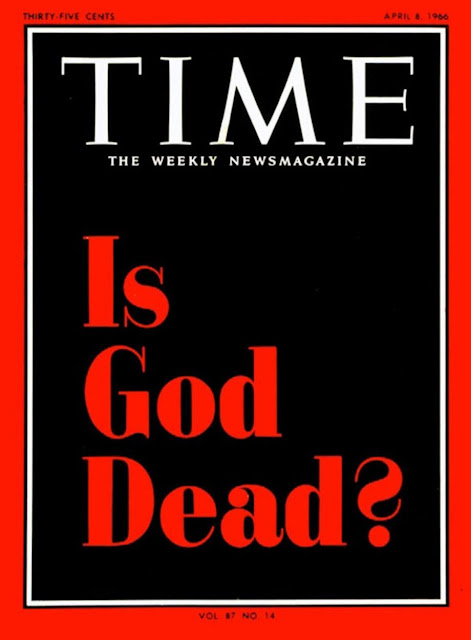 In the '60s, there was a book written titled The Death of God by Gabriel Vahanian that explored the objectification of God as a symbolic or cultural artifact. The book was never intended to be a direct death certificate to God, but that's how many people took it. Time explored this and the movement surrounding it and the cover alone caused such a massive uproar amongst religious conservatives, Time's mail room was inundated with angry letters to the editor and the magazine lost thousands of subscribers. 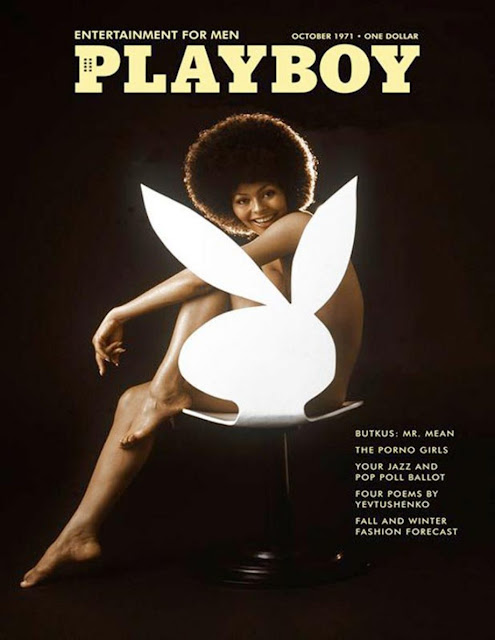 As late as the early '70s, it was still very rare to see African-Americans on the covers of major national magazines (and virtually never in a flattering light.) But Playboy declared black is beautiful with it's October 1971 issue featuring Darine Stern by herself on the cover. Angry white readers in the South were outraged, but Playboy made no apologies.

Stern's cover pose was reprised in 2009, but featuring Marge Simpson. 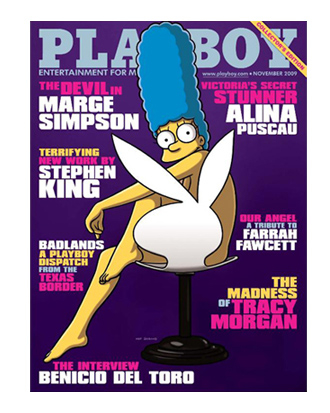 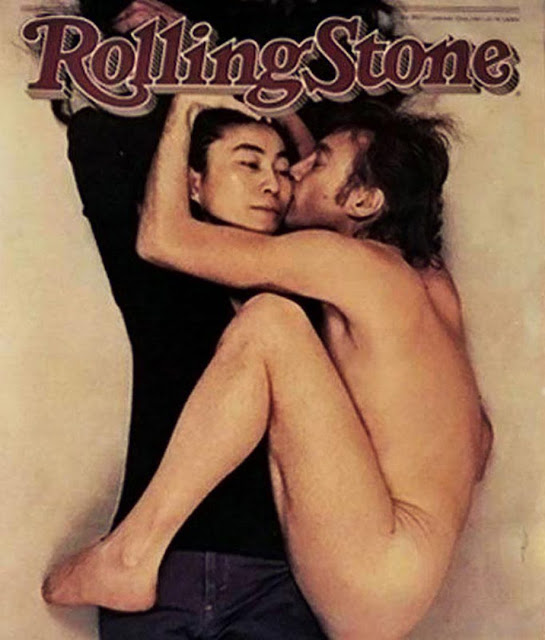 The murder of former Beatle John Lennon stunned the world in December of 1980. Not since the assassination of President Kennedy in 1963 had the world lost such a universally beloved icon and into January 1981, people were still recovering from the shock. Rolling Stone published this as the cover photo for their first issue of 1981. It was shot merely hours before Lennon's assassination. It wasn't intended to be offensive and would have made the cover regardless as Lennon had just released his Double Fantasy album. But a nude photo of any sort for a magazine sold on publicly accessible magazine racks at that time was too much - especially for a man that just died. And many stores banned this issue.