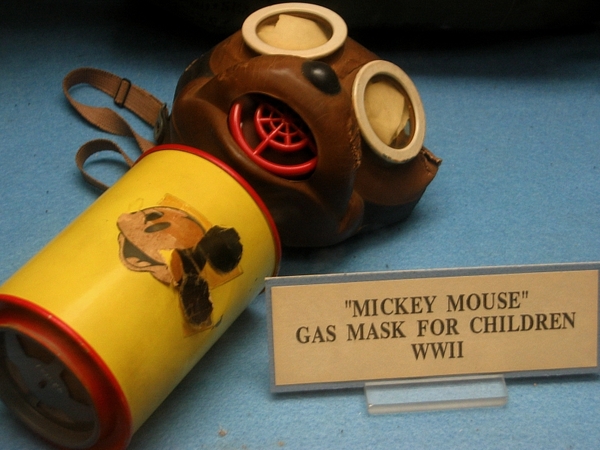 On December 7th, 1941, Japanese pilots dropped a bomb on the Pearl Harbor military base, which is one of the main reasons that drove the United States into World War II. After this incident, many Americans feared that the Axis would attack their soil.

To protect its population, the government distributed gas masks to the state of Hawaii. Unfortunately, there were only adult-sized masks. Children had trouble wearing the large gas masks and many were terrified of the safety device’s look.

As a solution, gas masks were created and issued shaped as Mickey Mouse. The masks were designed in mind so that children would wear them at all times and carry them as a game.

That was the intention anyway. Personally these things look scarier than the regular gas masks.

Fortunately, the 1000 Mickey masks that were made never had to be used.
Posted by Larry Waldbillig at 12:00 am