Before They Were Stars: Billy Joel

With Joel on Hammond organ and Smalls on drums (there were no guitarists or bassists on this album) and everything cranked to 12, nothing could possibly go wrong. 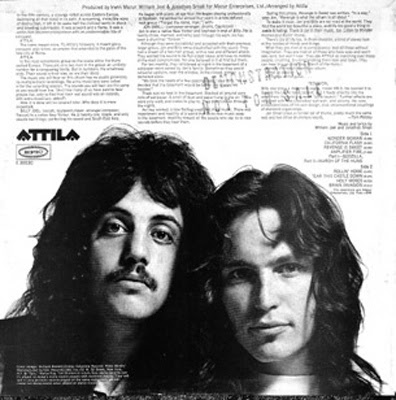 Attila was not only a massive flop, going nowhere on the charts. Billy Joel himself hated the record, calling it "psychedelic bullshit". AllMusic even called it the "worst record ever made".

Accolades like that make this an automatic classic here at History's Dumpster.

Alas, we would never see a follow up to Attila, Billy Joel ran off with Jon Smalls' wife, whom he later married (which usually puts a wrinkle in things, creatively.) But the two later made up and Smalls produced two of Joel's later concert albums.
Posted by Larry Waldbillig at 12:00 am

Email ThisBlogThis!Share to TwitterShare to FacebookShare to Pinterest
Labels: 1970s, Before They Were Stars, Funny Record Covers, Music, Rare, Record