Before They Were Stars: Carly Simon

You know Carly Simon as a legendary singer/songwriter of the '70s. But not many people outside of her most devoted fans know her recording career began several years before her signing with Elektra and her massive pop hits like "You're So Vain", "Anticipation" and "That's The Way I Always Heard It Should Be". A streak what would continue well into the 1980s

The Simon Sisters were Carly Simon and her lesser known sister Lucy. They were regulars in the New England folk circuit in the early 1960s and caught the attention of Kapp Records, then one of the larger independent labels in the US.

Meet The Simon Sisters (later retitled Winkin' Blinkin' and Nod after the first single from the LP which became a minor hit.) (Kapp, 1964) 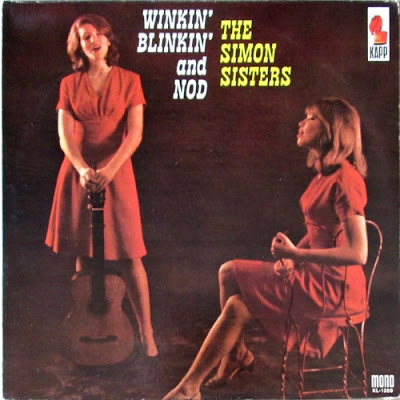 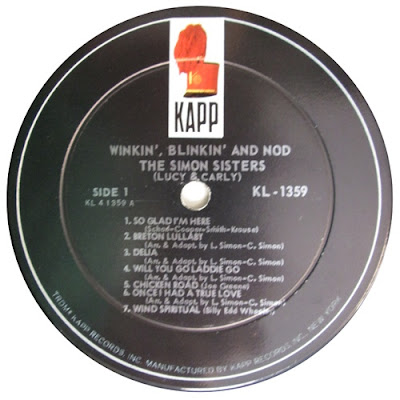 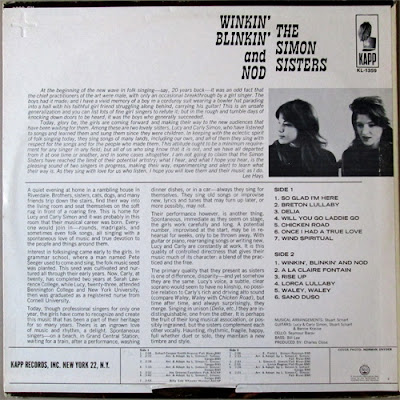 This LP was followed up later that year with Cuddlebug. 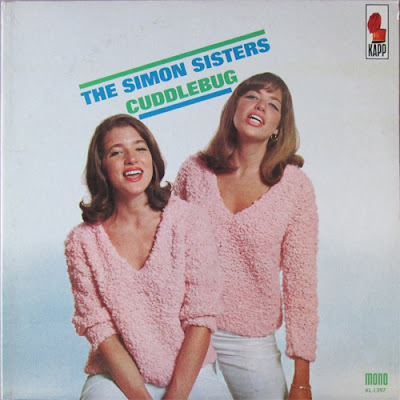 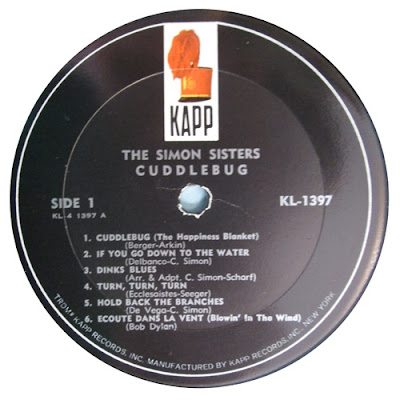 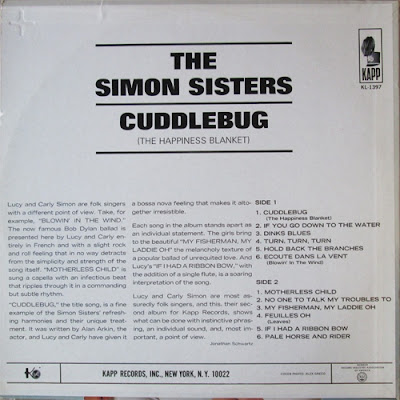 This would be the last Simon Sisters LP until 1969. But the folk scene of that time was beginning to change with more challenging, socially conscious lyrics and Kapp Records had been sold to MCA. They returned in 1969 with an LP for Columbia; The Simon Sisters Sing The Lobster Quadrille and Other Songs for Children. 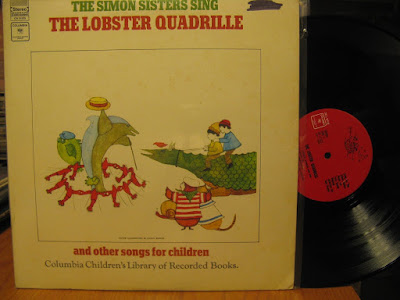 But the sisters brand of traditional and kid friendly folk was being overshadowed by harder edge acts. Their 1969 Columbia LP was reissued in 1973 as Carly & Lucy Simon Sing Songs for Children shortly after Carly Simon had her breakthrough hit "You're So Vain". (it was retitled to avoid confusion with Simon's pop albums.)

These LPs would remain without a reissue for over three decades until 2006 when the Kapp LPs were reissued for the first time on a single CD. Followed in 2008 by the reissue of Carly & Lucy Simon Sing Songs for Children.

Email ThisBlogThis!Share to TwitterShare to FacebookShare to Pinterest
Labels: 1960s, 1970s, Before They Were Stars, Children, Folk, Records