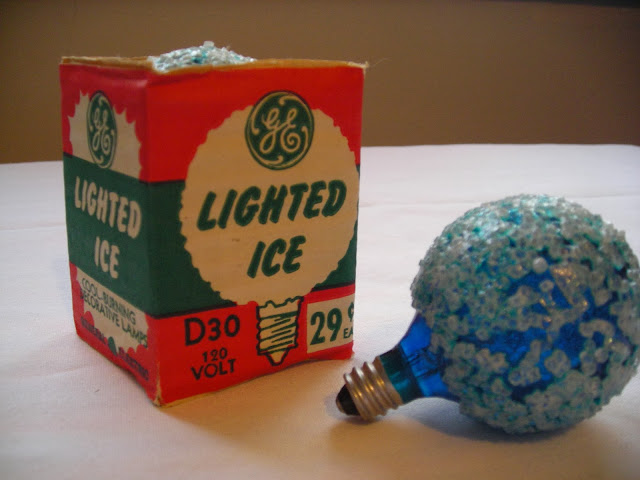 As of today, January 1, 2014, incandescent light bulbs can no longer be manufactured for the USA. (Contrary to popular belief, you can still sell them - there's lots of old stock still floating around out there. They just can no longer be manufactured anymore outside of industrial use. And once the old general consumer stock is gone, they're gone.)

I have two boxes of 40 watt Sylvanias. And they are my nest egg. There will not be just a mere eBay bidding war, but riots in the streets before I sell out.

It's the end of an era that saw us from the 1870s to 2013. Now the only light bulbs made are those weird curly CFL things and LED lights.

Now I understand the reasons why we're going this way. Incandescent lights put out more heat than light and you do pay more in your electric bill for it. But my kitchen always seemed a little warmer with incandescents. More home-like. I get in the mood for actual cooking easier with incandescents.

And incandescents can last a VERY LONG time. Here's proof:


I switched to all CFL in my place a year ago and my monthly electric bill went down by $10. But I'm light sensitive and these things are starting to seriously irk me. They glow too white.

It's like an analog to digital conversion. It's good, but too sterile. You can't work your Easy Bake oven with a CFL. And there was such a variety of incandescent lights. All colours and styles. It's going to take CFLs a LONG time to catch up with it all.

The CFL also lacks something else. A warm glow. That's what I miss. And LEDs are almost freakish in their brightness.

And then there's that little mercury problem. Granted it has as much mercury as an average transistor radio. Problem is, some of those radios lasted us for YEARS before they croaked.

The CFL light bulb is also unpredictable. I put one bulb in a continuously running outdoor light. And it only lasted 5 months The next one burned for over a year. I seem to find that problem a lot with CFLs.

I accept it. But something deep and subtle is always missing....

Posted by Larry Waldbillig at 10:46 pm