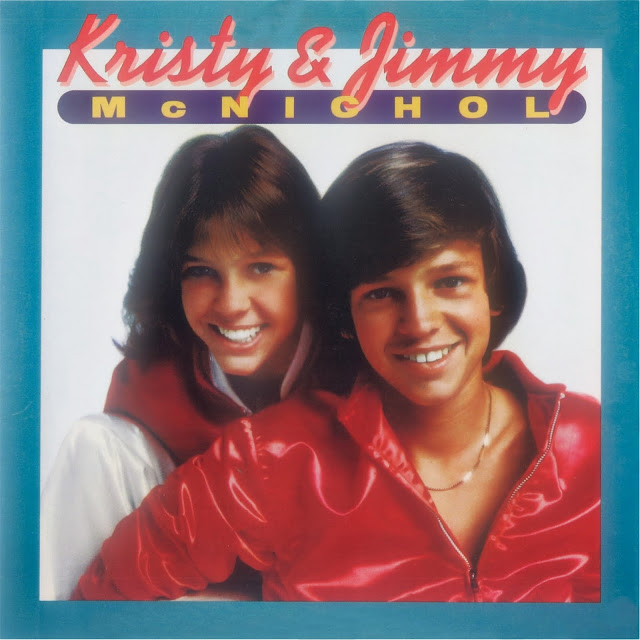 Hot on the heels of the Donny & Marie "If the Carpenters can do it, we can too!" craze of corny sibling pop, comes this slice of sheer pasteurized processed cheese product.

Kristy McNichol had already made a name for herself as Buddy in the ABC drama Family and other ABC TV network productions and Jimmy McNichol (who?) hosted something called "Hollywood Teens". Somebody thought pairing them on a record would move them onto the A-List in no time. So they convinced RCA Records to sign them.

And so came this album. And this was it: A family friendly album of mostly cover versions of early '60s pop songs an average teenage girl (and the parents of) in the late '70s would probably like (they really didn't.) The same stuff that Leif Garrett and Shaun Cassidy were slinging out. The same stuff TV variety shows were filled with.

Interestingly, they got The Chiffons to sing backup on their own song "He's So Fine".