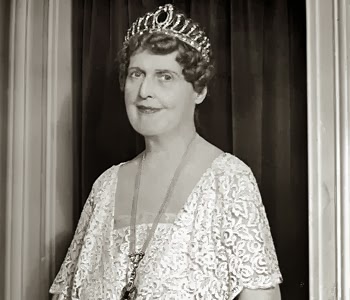 Florence Foster Jenkins has been called many things, but "talented diva" wasn't one of them. She's regarded as the worst opera singer in history. And that's actually putting it nicely.

Born in 1868 to a wealthy family, she studied music and wanted to take formal opera training in Europe. Perhaps sensing something, her father refused to pay for it. After he died, she used her inheritance for formal singing lessons (I'm sure somebody tried to get this tone-deaf woman on key.) And she started public recitals in 1912.

And at this point, I'll just let you hear for yourself....


Her screeching voice had all the grace and subtlety of a vacuum cleaner. And to boot, she often dressed in angel costumes, complete with fake wings.

She often ignored the laughter from audiences, regarding it as jealousy. And she did have probably the best comeback ever to her critics. "People may say I can't sing," she said, "but no one can ever say I didn't sing."

She held yearly recitals at the Ritz-Carlton in New York to her loyal core of fans (yes, she did have fans.) But they were a select few. Just before she died, she did hold a public recital at Carnegie Hall in 1944. And tickets were sold out weeks in advance. She died a month later at 76.

Her recording career luckily has only been preserved on a few 78 RPM sides, which have been collected and issued posthumously on RCA in 1962. And covered only one side of the LP. 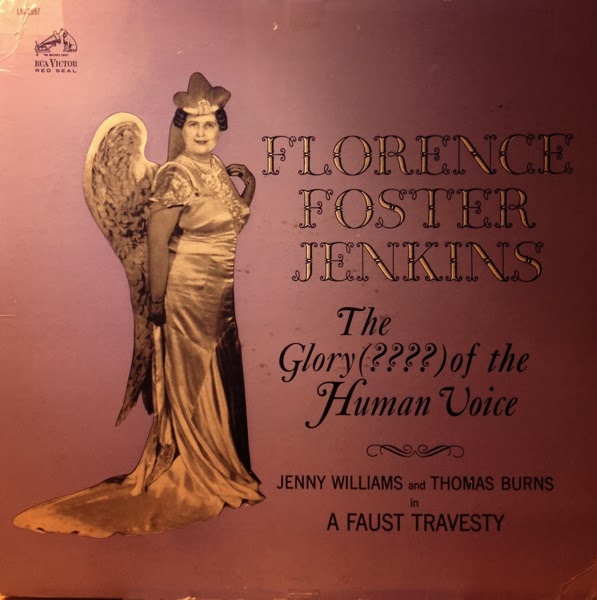 Posted by Larry Waldbillig at 6:38 am