Before They Were Stars: Alice In Chains 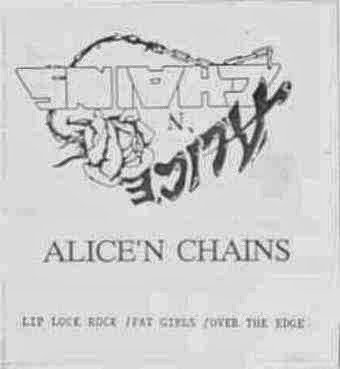 Before Alice In Chains became one of the four cornerstone bands (along with Soundgarden, Pearl Jam and Nirvana) of Seattle grunge rock of the '90s, they were another up and coming local hair metal band.

Called Alice 'N Chains and released in 1987, this demo has everything. Samples, a horn section (you heard me), and the dopiest lyrics this side of Winger. No deep grungy depressiveness here and Layne Staley hadn't quite developed the voice he would be famous for. Enjoy.

Posted by Larry Waldbillig at 2:48 am