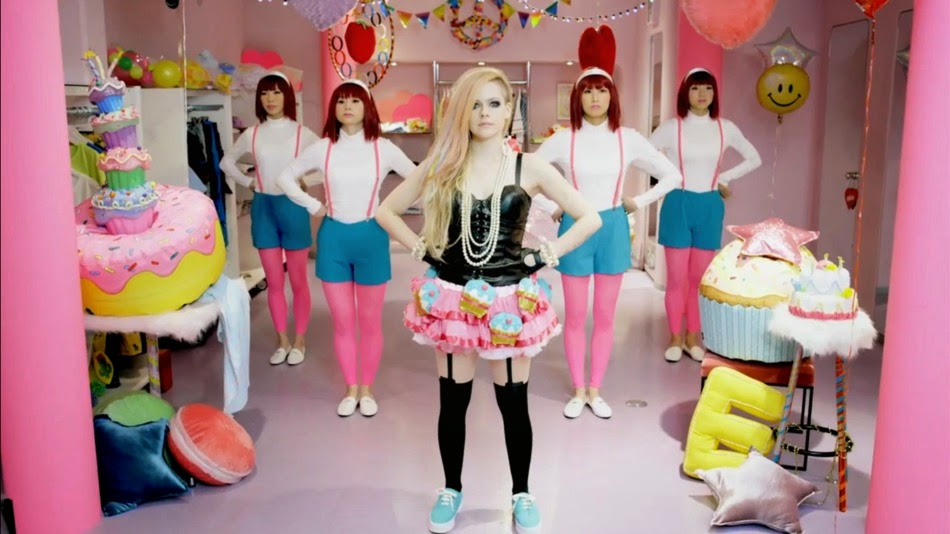 When I first heard this song, I knew it was going to happen. Like radioactive debris from Fukushima, J-Pop was going to wash up on our shores sooner or later. Or maybe it was an advertisement for Kawaii Crush that somehow escaped the security of the Saturday morning TV kids show block.

Then I found out who sang it.

And yes, her husband Chad Kroeger (a.k.a. that Nickelback guy) co-wrote and produced this. After talking with some Canadian friends, we mutually agreed Canada is on it's way to a diplomatic crisis if they don't get these two under control.

Watching this video kinda almost makes you want to write an apropos answer song back to her. You know. Something that starts out with "Chill out, what you yellin' for/Lay back, it's all been done before...."

But a song like this begs to be parodied. Luckily, it has...