I was going through my blog post drafts (I have something like 200 of them in varying stages of completion) and I had intended to put this up on July 4th, but it somehow got lost in the pile. It's about a couple of odd America related songs. One a near hit, the other a gay rights anthem for something that is now the law of the land (and it's not marriage.) 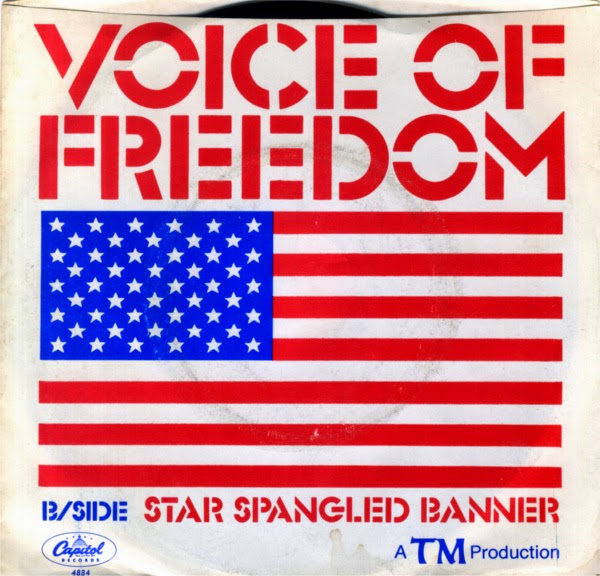 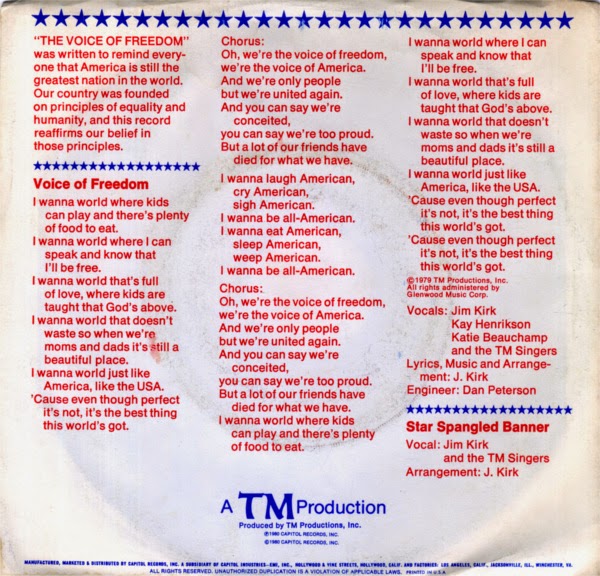 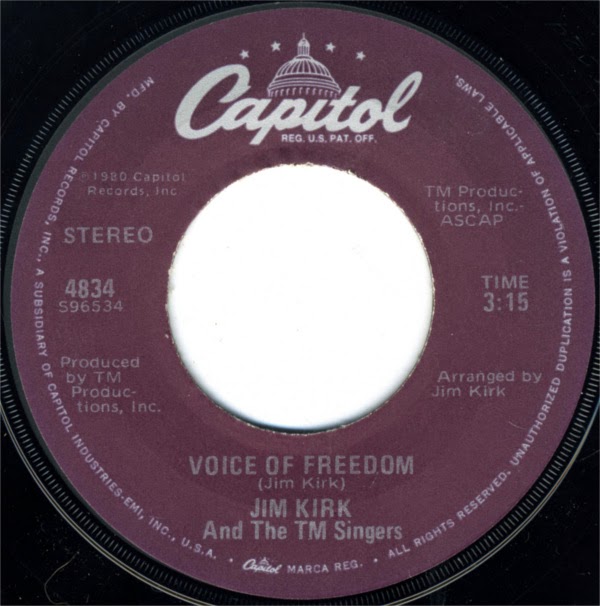 They scored a near hit with this patriotic song which made the Billboard Hot 100 and got a good amount of airplay on Adult Contemporary and Country stations for a couple weeks. But like all songs with little kids featured on vocals (as in parts of this song), it just didn't last long. Jim Kirk & The TM Singers continued making radio station jingles well into the 1980s and beyond. TM today is now TM Studios.

The next song is REALLY different. 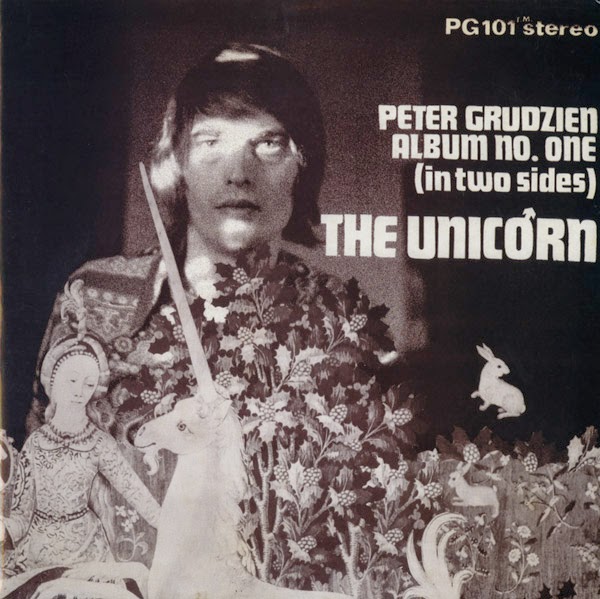 You were probably expecting the traditional version, weren't you?

Long before the "Don't Ask, Don't Tell" debate over gays and lesbians serving in the armed forces (in spite of the fact they were always there - just not openly. That part was the automatic disqualification), there was Peter Grudzien's rendition of "There's A Star Spangled Banner Waving Somewhere". Perhaps the first song to even address that topic. And this was in 1974. This was from his self released album The Unicorn and quickly it became an underground gay/lesbian music classic.

Footnote: Speaking of radio, many thanks to Radio Insight and Puget Sound Radio for linking to my Seattle's KJET 1600 AM blog post this weekend.  And welcome aboard readers. There's lots of radio related posts here with all the usual junk. Cheers! 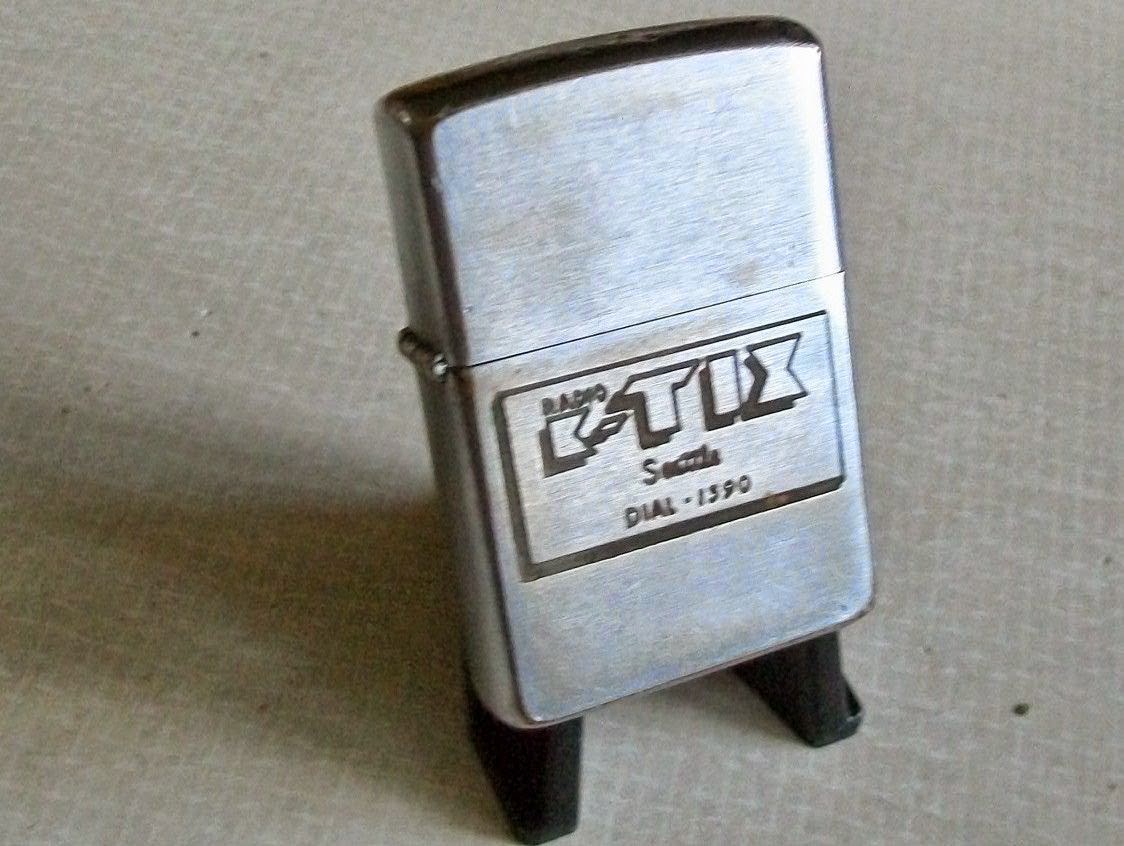 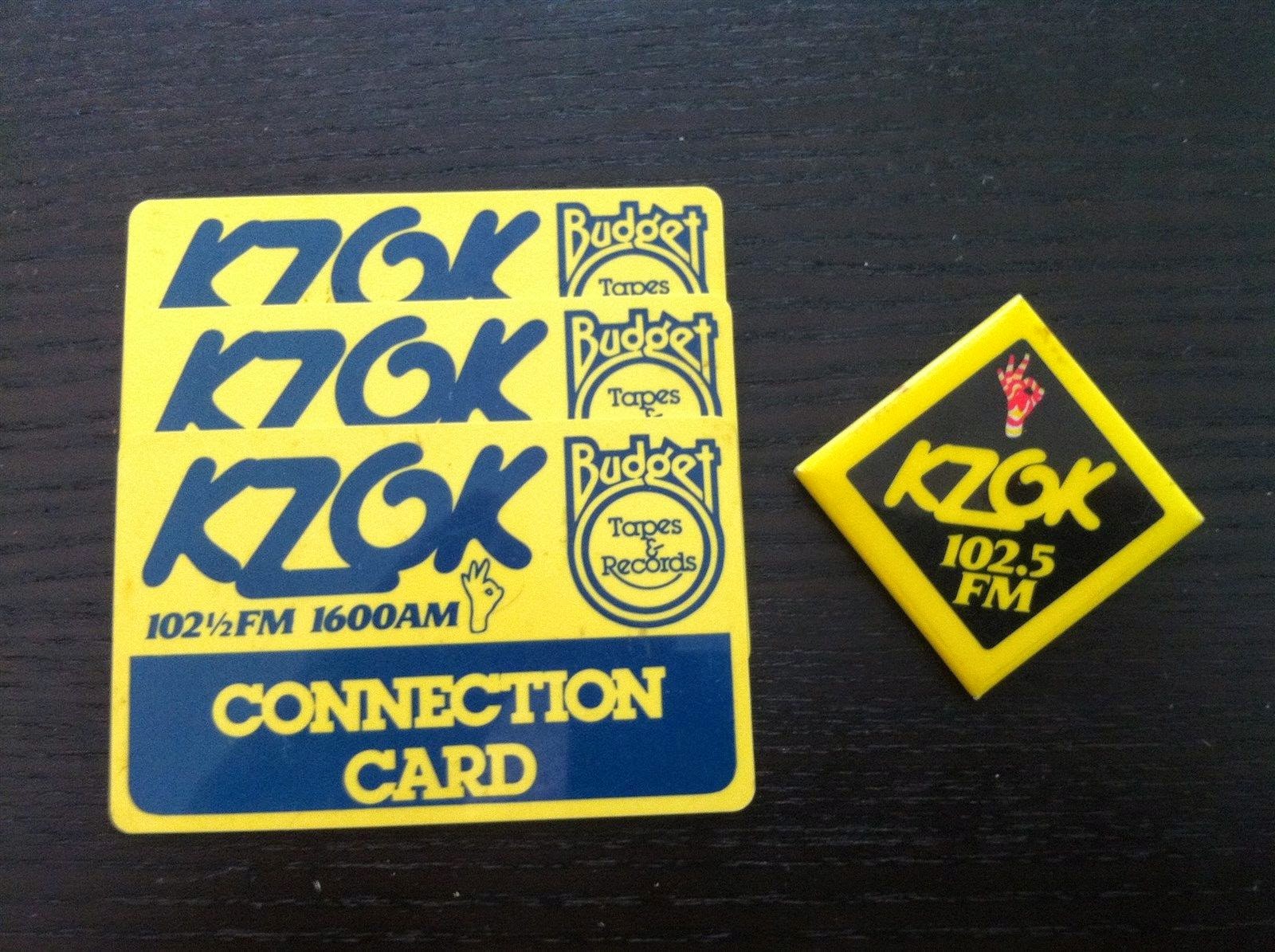 Posted by Larry Waldbillig at 4:27 pm