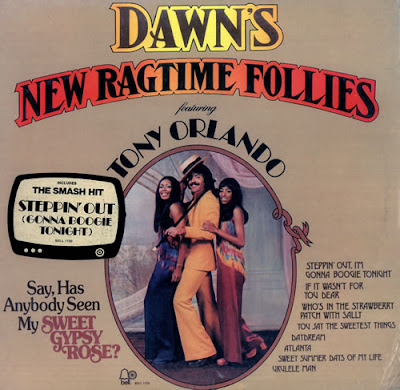 Perhaps one of the most surprising hit albums of the '70s, this album of ragtime themed music with Tony Orlando & Dawn came right after the smash success of "Tie A Yellow Ribbon (Around The Old Oak Tree)"


It's been said at first Bell Records (which would become Arista Records a year later) thought they were out of their minds when they heard the demos for this album. And at the cusp of the disco era, they probably WERE.

But they released it with little promotion at first and not only did the album go to #1, it also yielded 3 Top 10 singles. a variety TV show (which replaced Sonny & Cher in 1974 and lasted until 1976) and it's considered Tony Orlando & Dawn's most successful album.