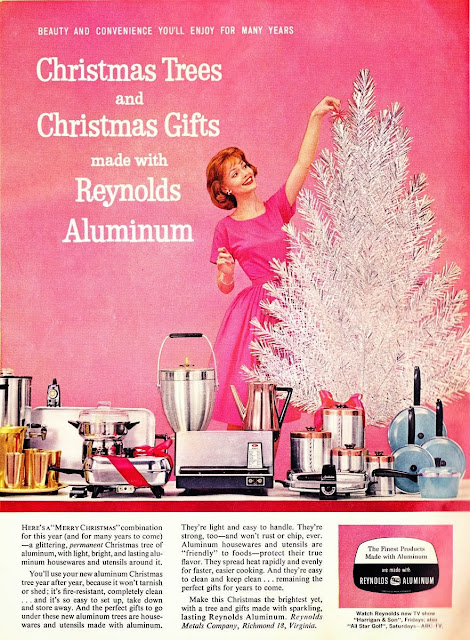 Aluminum Christmas trees were a fad that lasted from 1955 to 1965. First appearing in department store windows, they quickly became a "must have" item for suburban housewives. 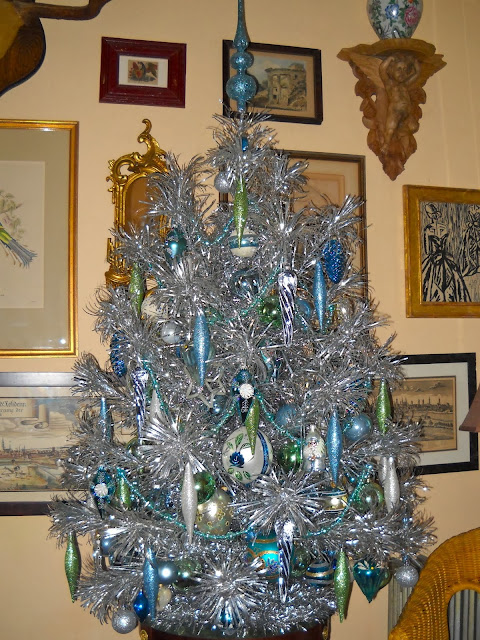 You couldn't use ordinary string lights with these trees. The sides of the "needles" of these trees were often like razor blades and could cut into the wire insulation, causing a dangerous electrical short. And since string lights come in green or white wires, it would be the equivalent of wearing a strapless gown with a bra that isn't.

You used a colour wheel, a spinning light was used which shined light in red, green, blue and gold onto the reflective tree. They only looked good in a very low light area. 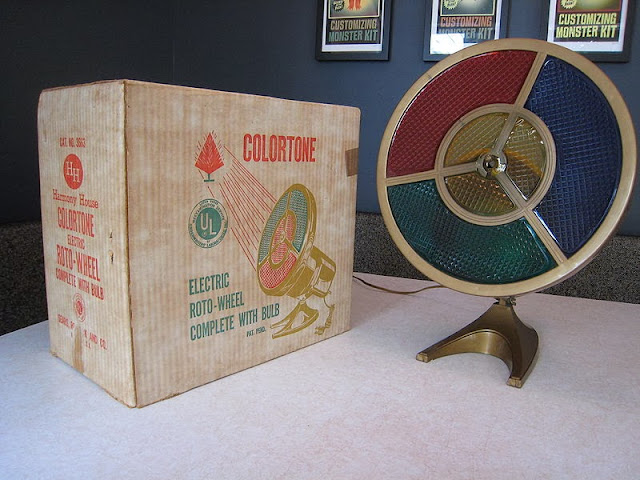 However, they've been making a nostalgic comeback in recent years....
Posted by Larry Waldbillig at 4:43 am