The Great Songs Of Christmas (The Goodyear Compilation Set 1961-1977) 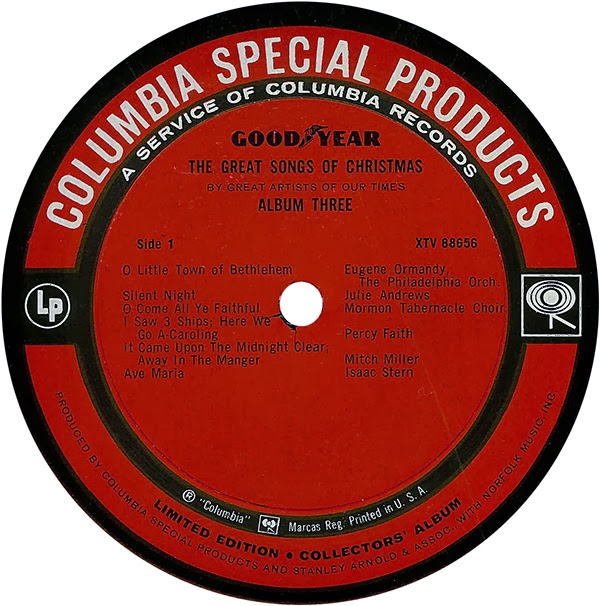 You probably don't recognize the name Stanley Arnold. That's a shame. Because he was the mastermind behind the best selling yearly Christmas music compilation album series in history; The Great Songs Of Christmas

You know it was best selling because your parents, grandparents or great-grandparents probably owned a few copies, if not the entire set. And to this very day, you can't thumb through any vinyl LP bin of your local thrift shop without finding at least one of the 1961-1970 Vol.1-10 run.

"Simply put, Stanley Arnold was an idea man. He originally worked for the ad agency Young & Rubicam, then struck out on his own. He didn’t want to start an ad agency, he started an idea agency, coming up with marketing ideas for companies but letting them (or their ad agencies) handle the details themselves. One of those ideas was getting Goodyear to put out an album of Christmas songs. His logic was simple: “Santa Claus never used a tire, but it occurred to me that Christmas had two deep connections with Goodyear. First, everyone is interested in Christmas; second, Goodyear sells many, many tires during the pre-Christmas season. That would be the million dollar idea for Goodyear, I decided: an album of Christmas music.” He was adamant that the album not be one of “cutie” songs like “I Saw Mommy Kissing Santa Claus” or “Rudolph”, but rather of classic tunes done by quality artists – a collection worthy to be called “The GREAT Songs of Christmas.”

Arnold was savvy business-wise, not just in the idea department. He had Goodyear act as the outlet for the album, but did not require them to actually invest anything in it; that way, Goodyear couldn’t lose a penny on the deal even if no one actually bought the record. But he did have to convince Goodyear to think big: they initially thought 30,000 copies nationwide would be sufficient for Columbia to make; Arnold was thinking 3 million. They eventually compromised at 900,000. The success was proven by a simple act: by December 1, Goodyear ordered its advertising agency to stop all advertising for the record –because there weren’t any left! The print order for the 1962 album was 1.5 million, and almost 2 million for the 1963 album. History repeated itself, and those albums sold out well before Christmas also." - The Great Songs of Christmas from Goodyear 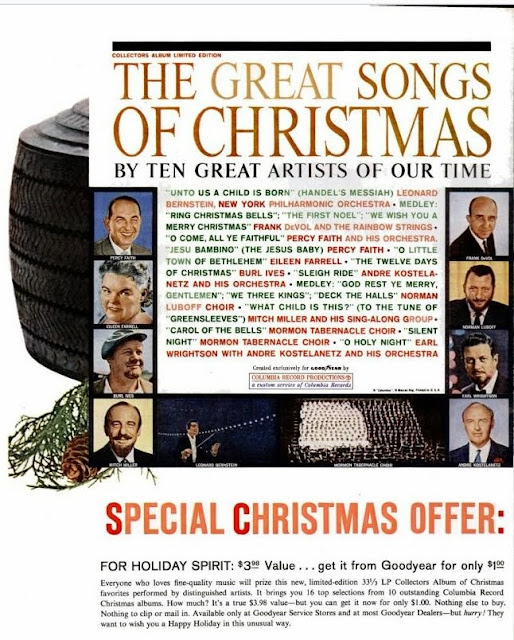 Beginning in 1961 and well into the '70s, for one dollar and a trip to your Goodyear guy, you could pick up this record and one every year. No need to stick around and kick a tire or two (unless the smell of brand new vulcanized rubber is your thing.) Nothing else to buy.

It was a loss-leader gimmick that worked out so amazingly well, it spawned some imitators (Goodyear rival Firestone had it's own custom line of yearly holiday albums custom made by Columbia's rival RCA Records for "FTP Productions" beginning in 1962.) 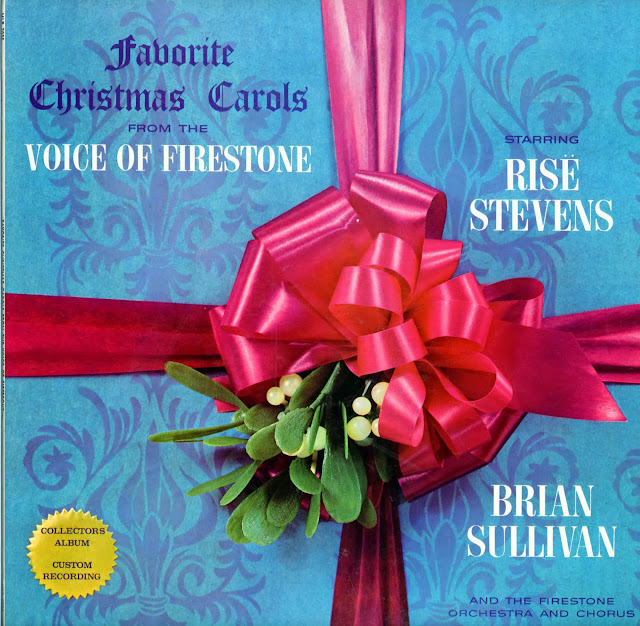 The Goodyear records also, like K-Tel & Ronco's a decade later, had smaller grooves and selections were edited to fit. (Coincidentally, Columbia would go on to press K-Tel's early '70s albums.) 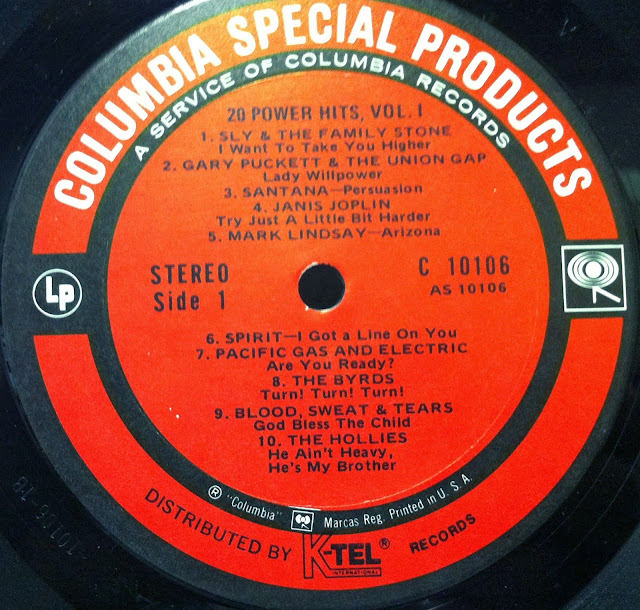 Some Goodyear albums also contained exclusive recordings that to this day cannot be found anywhere else. 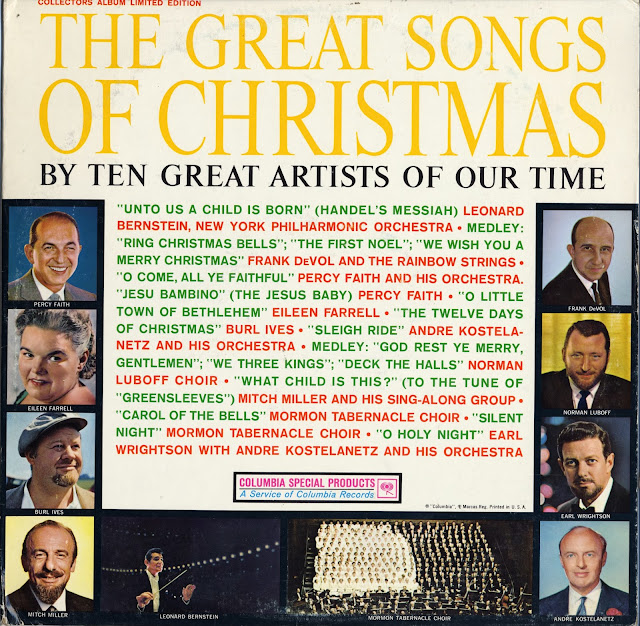 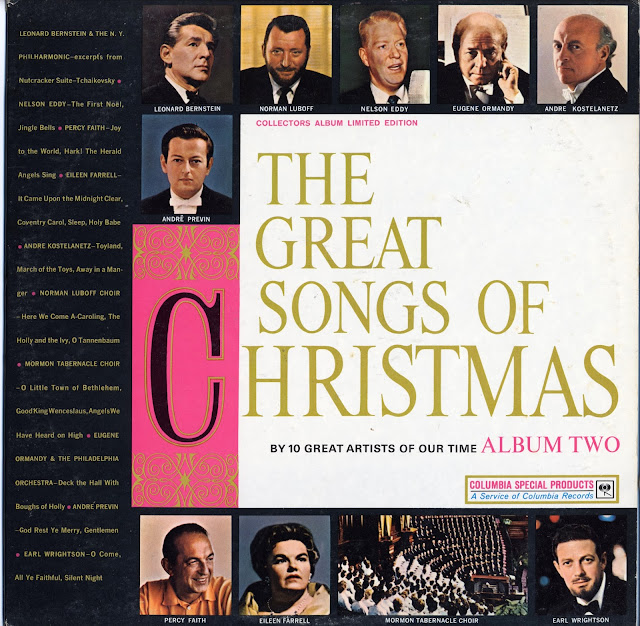 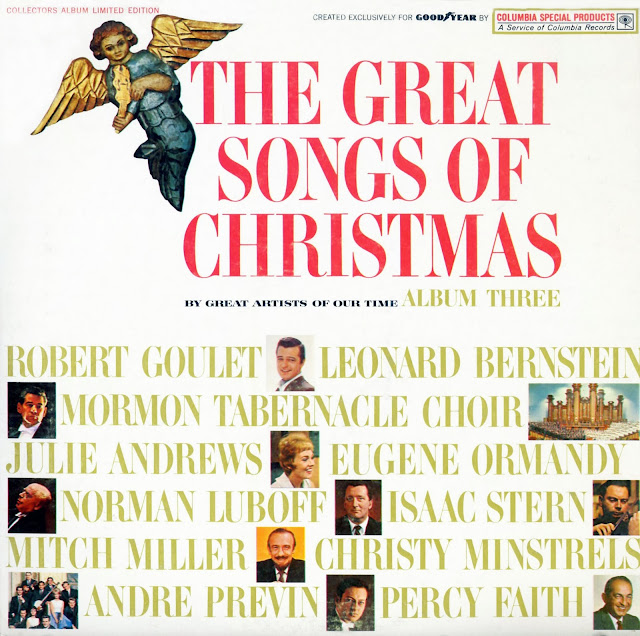 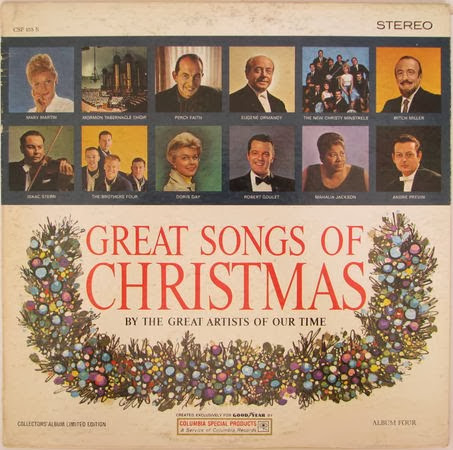 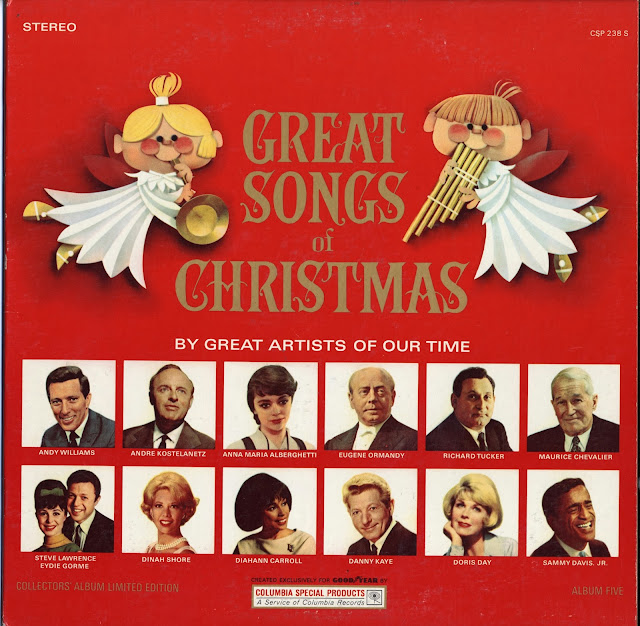 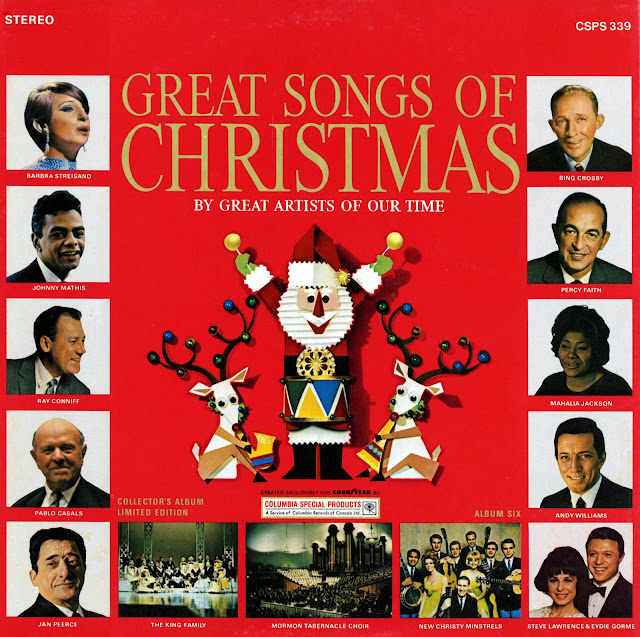 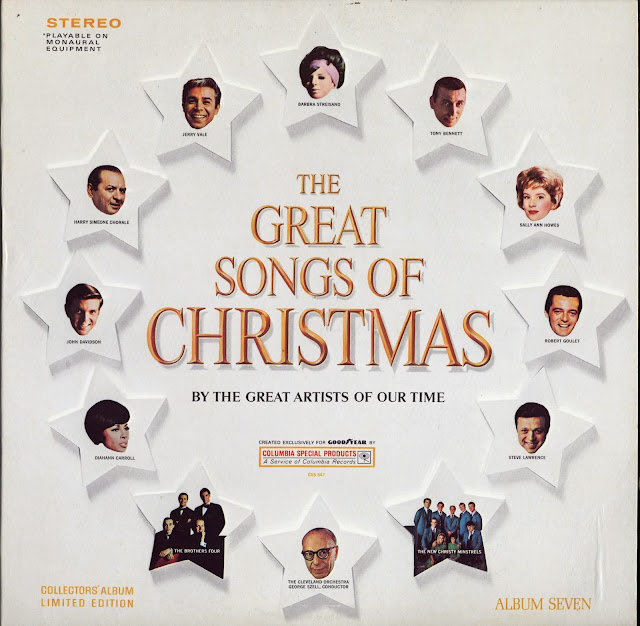 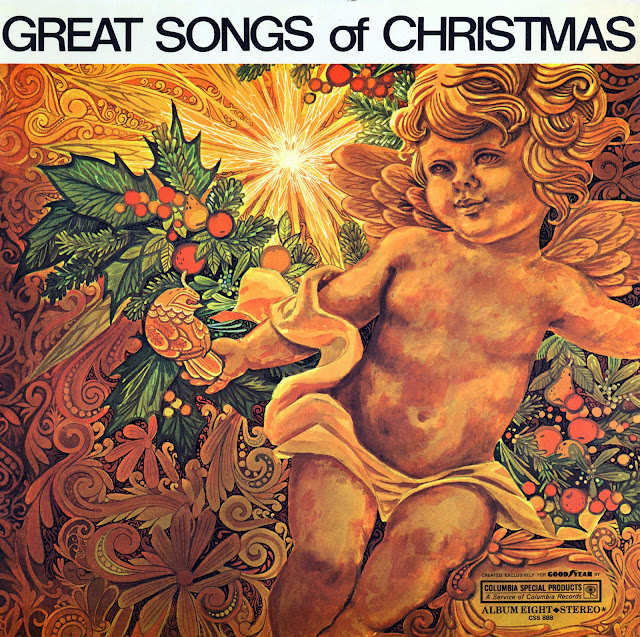 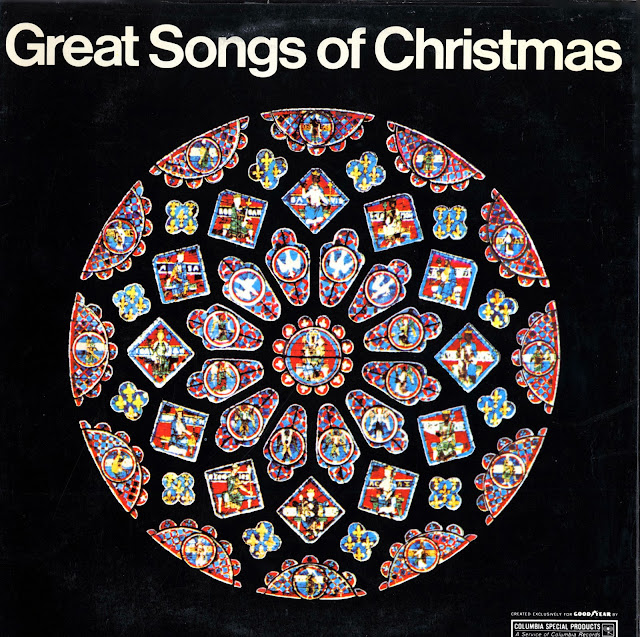 (1970) Vol. 10 was a "Best of" compilation of the most popular tracks of the previous nine albums, leading most collectors to believe Goodyear was discontinuing the series (they weren't just yet.) 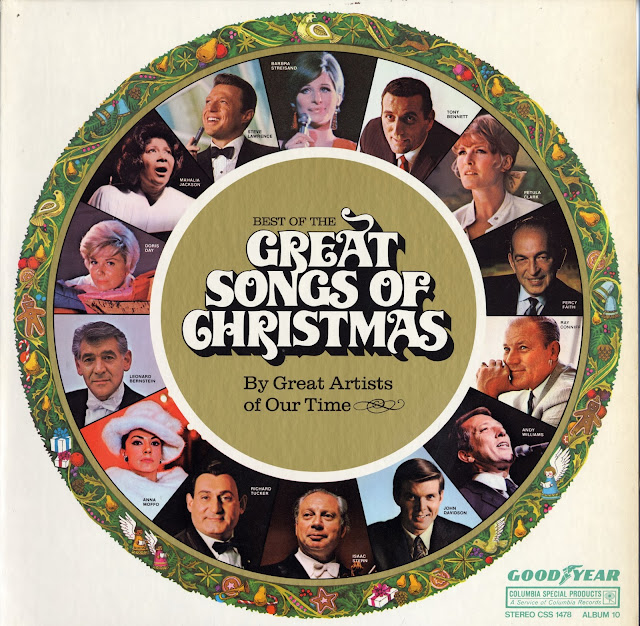 In 1971, the series did continue...but under different names. 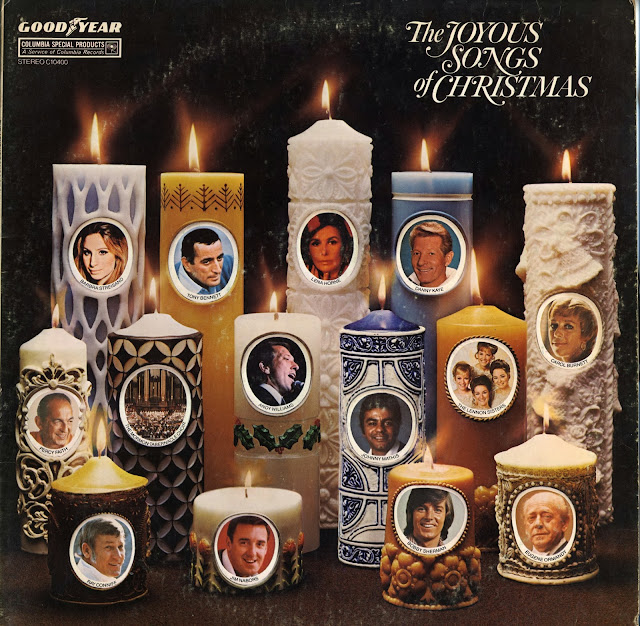 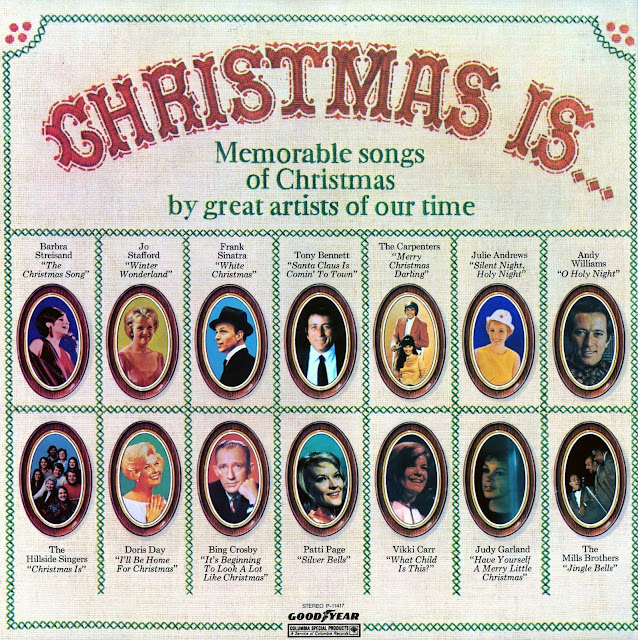 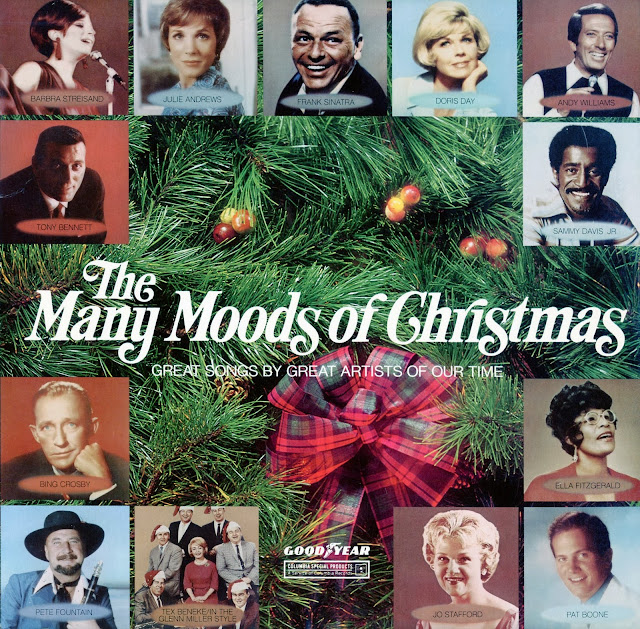 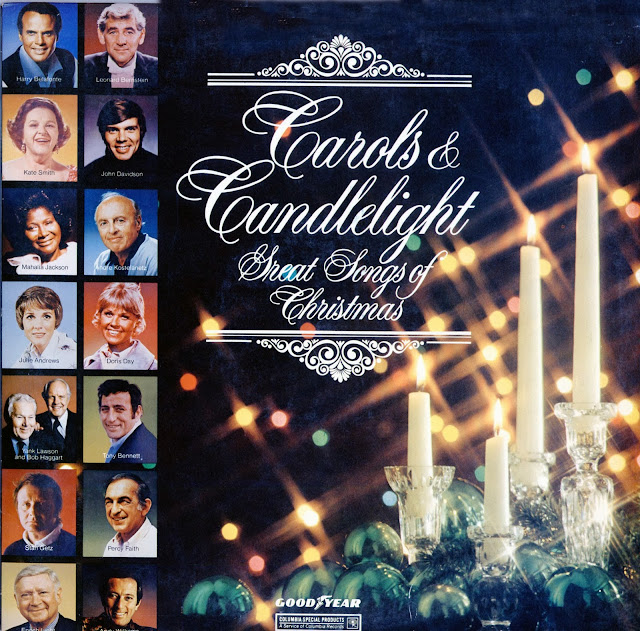 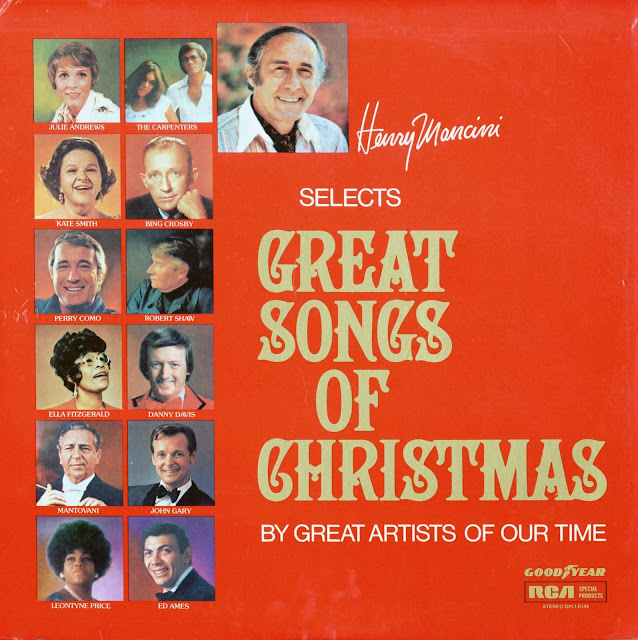 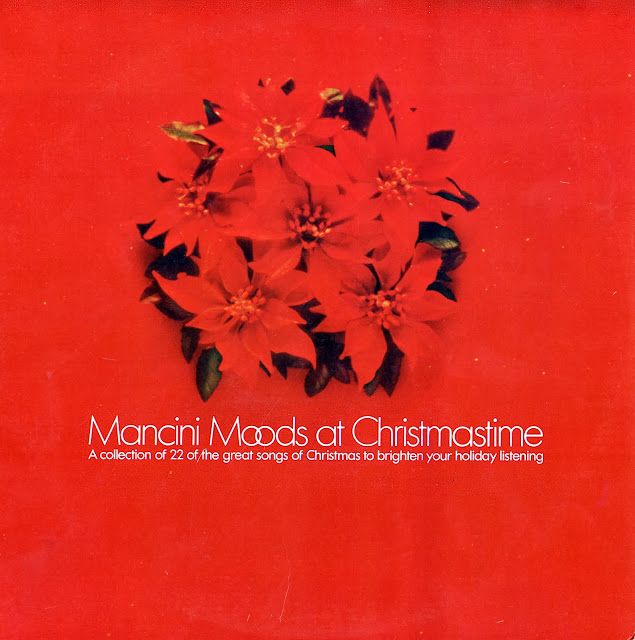 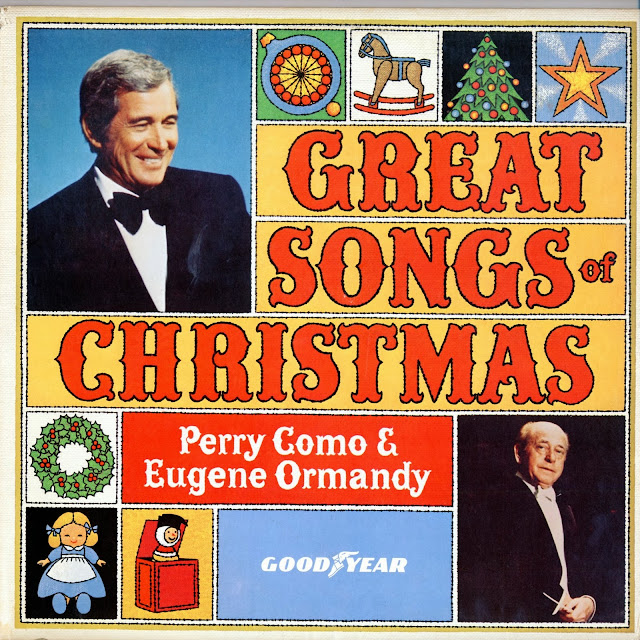 However, other retailers were also interested in releasing their own tie-in packaged compilation albums. JCPenney, Sears, A&P Grocery, Safeway and several others also offered holiday music compilations of their own through the major labels and now Goodyear and Firestone were two of many and sales slumped.

The labels also offered non tie-in compilation albums (sometimes with the same track listing and order as the Goodyear/Firestone albums) available through any retailer through their "Special Product" or "Special Market" divisions.

The Christmas album loss leader remained popular through the 1980s. By the '90s, production had switched exclusively to cassettes and CDs.