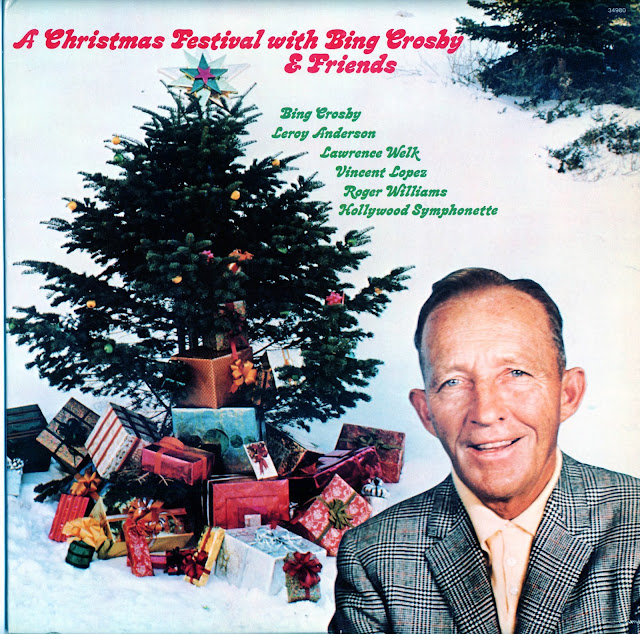 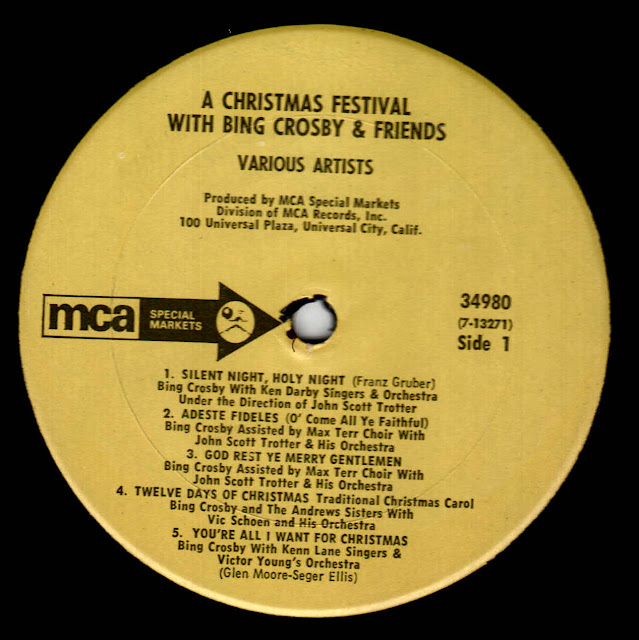 This was a budget priced compilation that appeared in various drug/department store/supermarket Christmas LP racks in the early '70s.

Side 1 is a sort of condensed version of Crosby's classic LP Merry Christmas. But strangely without "White Christmas".

Side 2 was a hodgepodge compilation of instrumental holiday classics. Namely the first track on Side 2, Leroy Anderson's 1950 original version of "Sleigh Ride" (Granted, Arthur Fiedler put out an excellent stereo version, but his version doesn't have the sonic impact of Leroy Anderson's mono original.)


At this time, MCA was beginning to consolidate it's labels (Decca, Kapp and Uni.) Over the next two decades, they would acquire ABC, Motown, A&M, the PolyGram Group to become Universal Music Group, the biggest record label conglomerate in the world. They acquired Capitol/ EMI in 2012.
Posted by Larry Waldbillig at 12:00 am