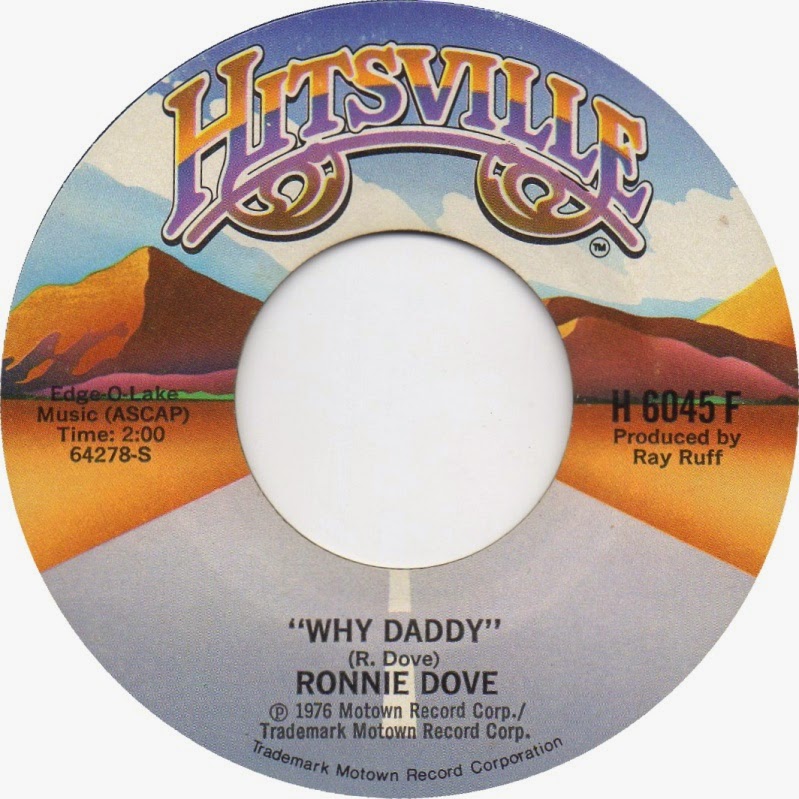 This is a BIZARRE country Christmas tearjerker. By way of Motown.

In the 1970s, Motown. The legendary home of snazzy R&B pop diversified a bit, starting Melodyland (which changed to Hitsville Records) for country music.

This wouldn't be Motown's last foray into country. In fact, Motown saw it's biggest country hits with Lionel Richie a decade later in the 1980s ("Stuck On You" and "Deep River Woman" w/ Alabama)

Pat Boone (yes, THAT Pat Boone) recorded some country albums for Melodyland/Hitsville. TG Sheppard recorded his first albums for them. And they signed Ronnie Dove. Who has been around as a Baltimore area country/pop artist since the '60s.

You can tell by the year this was released (1976) he was cashing in on the popularity of Red Sovine, who released another country tearjerker involving a little boy called "Teddy Bear" earlier that year that was a huge hit, cracking the pop Top 40 that year.

Posted by Larry Waldbillig at 3:43 am