Radio stations are a unique breed. Some of them sign on the air and gain instant success, some never amount to much. Or until they are bought and transformed by another entity. And there are those that just simply fall by the wayside.

Every major city has a few AM radio stations that were once popular 40-50 years ago that have gone through countless ownership/call letter/format changes and now languish as unknown ethnic, religious, Radio Disney, sports or fourth string talk formats. The intentions of the owners were good. A new and untried format. Or a stab at competing with the heritage local station with a different spin on their format. But somehow, fate had other plans.

Let's look at a few of those who somehow just fell apart and their remains still stand.......

Probably the very best (and rare) example of a radio station that has gone to hell.....and BACK to tell about it.

I don't know what the hell happened in here. But Casey Kasem never did it this way. Note the ashtray on the console and dig that Radio Shack mixing board .......

Please note the station had signed off in 2002, about the time these pictures were taken. Note the lack of computer equipment in the WHOW on-air studio. Virtually ALL radio stations in 2002 - including most of the smallest, had fully digital computer controlled automation by that time.) Not WHOW.

There is what appears to be an elderly computer mouse on top of that 1970's vintage automatic record changer you see in the first picture and it's quite possible all the computer equipment was taken out from it. But how many stations played their programming off cassette tapes in 2002? There a LOT of those you can see there, including cassette player - an ancient 1990s ghetto blaster! Most small stations like WHOW rarely, if ever played cassettes in 2002. It just wasn't a suitable quality medium for radio programming

In fact, cassettes were rarely used in most commercial radio stations beyond recording news bites, occasional public service/religious programs (usually speech), and for DJs to record "airchecks" (a kind of live sampling of how they sound over the air to play for radio stations that hire them....or not., with all the music cut out and just the DJ's monologues and some commercials recorded.) Even THAT had gone to CD-Rs by the early 2000s in most parts of the country, as they were recorded onto hard disk and edited digitally by then.

Today, WHOW is back with modern facilities and runs a News/Talk format with an emphasis on farming news.

There's an old gutted tape automation system back there and what appears to be a cart recorder deck and a reel to reel tape deck.

WISL was an Oldies station in central Pennsylvania. It left the air in 2003 after it was sold to Clear Channel and a subsequent sale to another broadcaster who could not afford to keep the station on the air and the station's license expired in 2006. The station was officially deleted from the FCC database in 2008. However WISL remains online as a tribute internet radio station  - http://www.wisl1480.com/ 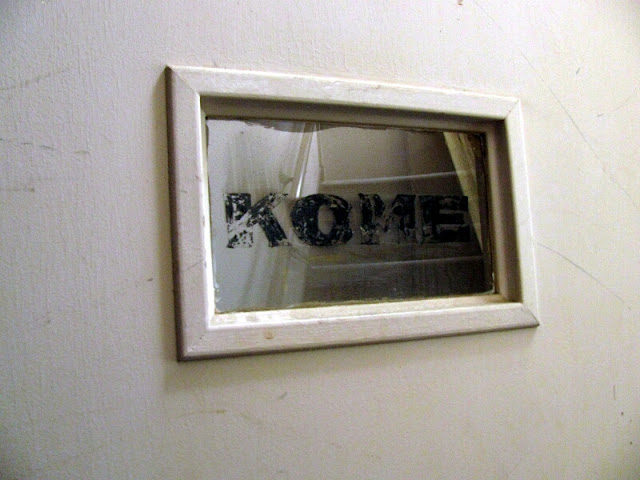 KOME in Tulsa was off the air by 1965 (although the Stetson Hats poster in the studio here looks oddly '80s vintage), the KOME call letters were used a few years later for a rock station in San Jose, CA. However the remains of the KOME station building in Tulsa remain. AM 1300 in Tulsa is now KAKC, an all sports station.

WCHR is a religious radio station in Trenton, NJ which currently broadcasts on 920 AM.  WCHR originally broadcast on 94.5 FM. But left the FM dial in 1998 and after a number of call letter/format changes 94.5 is now WPST an Adult Contemporary radio station. This is the former WCHR station building. 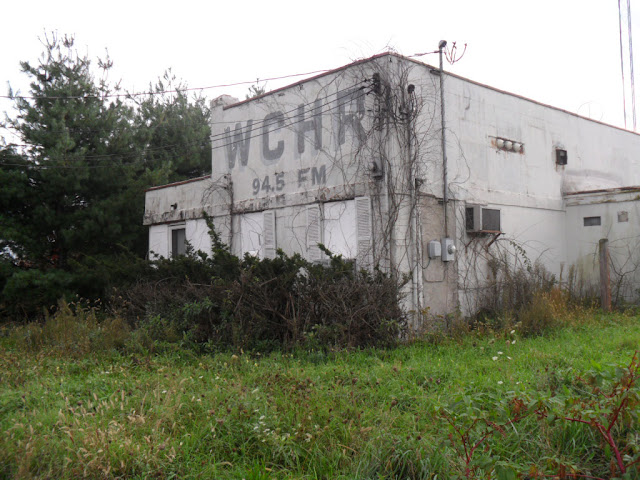 KSVY was an Oldies (later Classical) music station located in the Spokane suburb of Opportunity, WA. The photo above is the remains of the trailer that held their transmitter.

Here's the remains of one station in Alabama: