The History of Cassettes

The advent of the cartridge style tape began with the usual seven words that begin the road to any invention. Fourteen if you count those other seven nasty words (that usually precede these):

Tape, like the wire recordings that came before them were on spools or reels and had to be hand threaded through the playback mechanism. A time consuming feat in itself for the average person.  And prone to accidents.

When the first reel tape became available to the masses, it had immediate advantages over the vinyl records of the time. First, they were in stereo years before the first stereo LPs were available. They didn't scratch or have surface noise (other than a very low level audible hiss. Noise reduction would be another 15 years away.) And best yet, you could record 3 hours of uninterrupted, high quality music or radio broadcasts per reel.

But to a consumer base who were used to instant playback as offered by records, they didn't want to waste time setting up and threading a reel of tape and take the risk of any clumsy and at the time, expensive accidents. No matter what the audio advantages were.

RCA noticed this and sympathized. And ever the innovators, they began work on a simple, self threading style of tape and unveiled it in 1958. 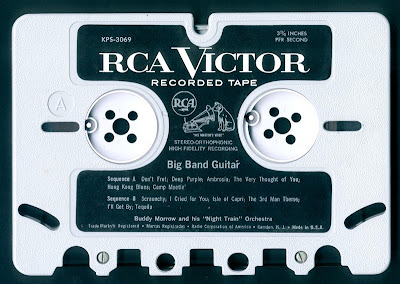 Blank tapes, as well as pre-recorded titles like these, were made available.


It did impress an number of people. But the problem was it was still big and bulky. And reel tape deck machines shrank in size over early '60s.

Philips developed the Compact Audio Cassette in 1963. At the time, it was only one of several competing cartridge based formats (including RCA's cartridge) designed to simplify tape recording.

The format initially offered fairly poor fidelity and was marketed for voice recording and dictation. It's super slow speed, 1 7/8 ips pretty much made sure of that.


But Philips approached Sony Corporation in Japan after realizing that Japanese acceptance of the new format would vastly improve the chances of success in America and Europe. After some hardball negotiation, Philips agreed to license the system to Sony without royalties. In fact, by 1965 Philips had opened the format up to other manufacturers free of charge.

Technology improved quickly, including an ability to play stereo tapes, and new tape formulations soon assured a higher quality sound from the cassette than the earliest tapes.

Pre-recorded cassettes quietly appeared on the market in the late '60s and at first, didn't gain much traction. First, there were few car stereos.....

....and very few high-end home units at the time to play them on. The 8-Track was still the dominate portable tape playing medium. Most cassette players were tinny sounding mono portables.

And cassette tapes, for all their improvements still sounded pretty bad compared to the reel tape and even the 8-Track. But it was soldiers in the Vietnam war that quickly embraced the cassette for it's small size and ease of mailing to and from home. By the dawn of the '70s, things began looking up. Even more improvements, such as Dolby noise reduction and increasingly better tape formulations started putting cassettes on nearly the same par as the other tape formats.

By 1975, cassette tape was starting to overtake the 8-Track as the popular tape format of choice and by the mid-late '70s, the first car stereo cassette players and stereo portables had become popular and the cassettes had improved to the point where it rendered the reel tape pretty much redundant beyond radio stations and professional recording studios.

The Sony Walkman was introduced in 1979 and acceptance of the cassette as a serious home and portable medium started really taking off. 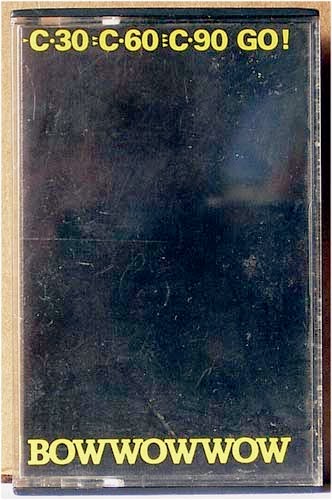 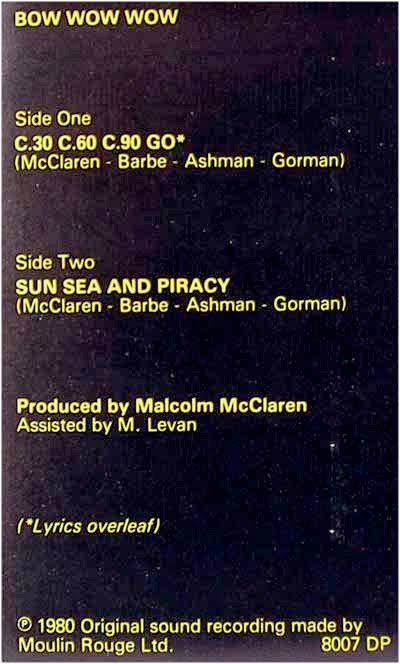 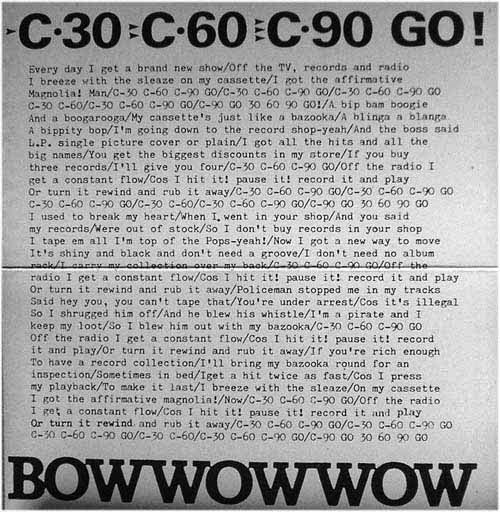 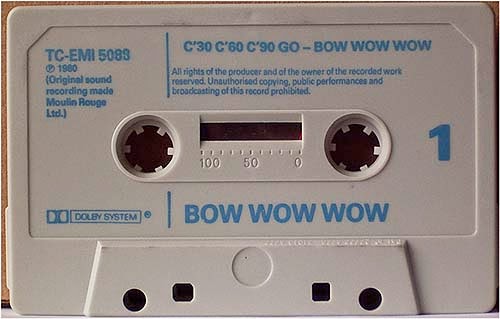 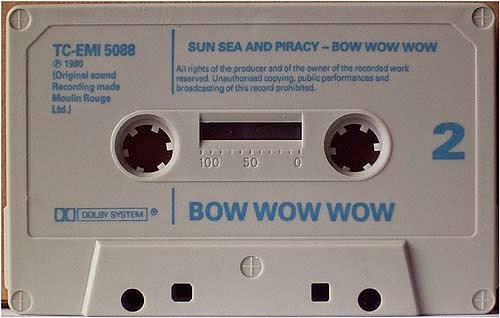 By 1983, pre-recorded cassettes were actually starting to outsell vinyl LPs. Record companies began doing extra gimmicks such as adding extra songs to the cassette versions of their albums to help foster the trend. Blank cassettes were also unbelievably cheap.

New looks to the cassettes themselves helped improve the staid appearance of the typical cassette.

It was in part a reaction to the look of the newly introduced CD, but also illustrated a higher quality mechanism and should the tape have problems, you could directly see what the problem was. Other record companies quickly followed - except for RCA and Columbia/Epic. They would use standard cassette shells and cases until 1989. 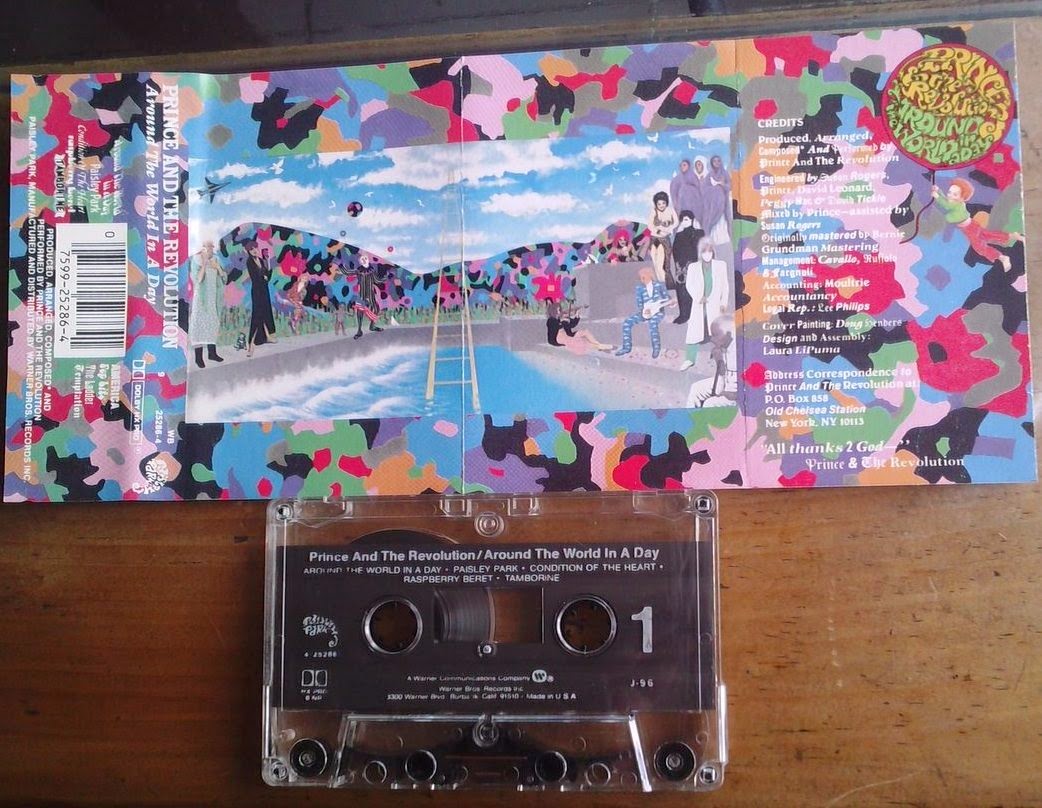 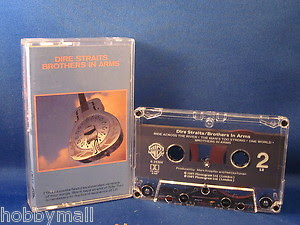 ...and who could forget THESE? 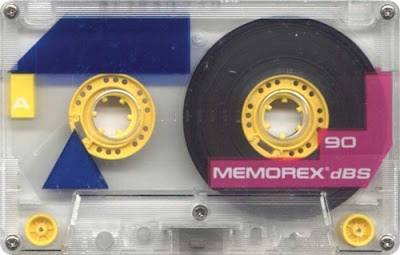 The standard playing time of a blank cassette tape was 60 to 90 minutes which corresponded to the typical playing time of a complete album for each side. There were 30 minute and 40 minute tapes available in the '70s (they were phased out by the beginning of the '80s) and some 120 minute tape lengths and TDK even made an insane 180 minute tape. 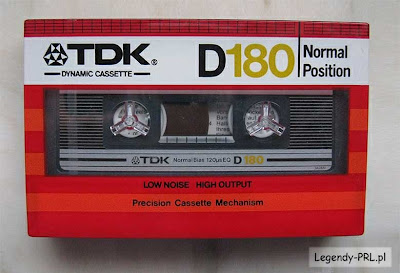 The problem with the longest lengths (120 and especially 180 minute tapes) were they were on EXTREMELY thin tape, which were far more prone to stretching and breakage (the manufacturers themselves advised that you should not rewind or fast forward these tapes.) Due to the thinness of the tape, they also suffered from an effect called "print through", in which loud passages from adjacent layers of tape would increasingly echo through the tape several seconds earlier during playback.

But with the introduction of the CD, the running time of a typical album increased by nearly 10 minutes. And the polymer backing had to be strengthened to allow rewind/fast forward capability as well as eliminating the print through effect, as CDs had a much wider dynamic range and louder volume level than a typical vinyl album or cassette. 110 minute cassettes were introduced by 1987.

1987 also saw the rebirth of the cassette single, this time for the US market. Which the recording companies hoped would jump start the sagging market for pop singles as sales of the 45 RPM record began to seriously decline. 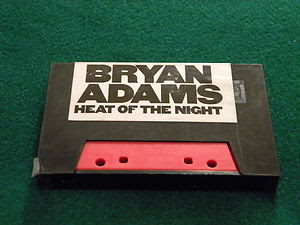 The mid '80s to the mid '90s were the glory days of the cassette tape. And CD prices were still ridiculously expensive ($15 - $20 average). A lawsuit targeting the major record labels for overcharging the public in the late '80s and '90s for CDs resulted in CD prices dropping to nearly the same price as cassettes.

And cassettes themselves got a high tech upgrade when the DCC (Digital Compact Cassette) was invented. They played and recorded special DCC tapes and even standard analog cassettes.


But the tide really started turning in the late '90s with CD-Rs. With the new MP3 format and computers and some stereos capable of playing MP3 discs, a single all 128kb bitrate MP3 CD could play continuously for over 12 HOURS.

But like all audio formats once considered "obsolete", they never truly are. And like vinyl, the cassette is enjoying a new revival too. Not from long time tape heads, but a new generation who are tired of virtual mediums like MP3s and want something PHYSICAL and retro-cool. As well as independent DIY rock groups who are sick of the corporatization of digital mediums and want something real instead of mass copied MP3s and CDs

Posted by Larry Waldbillig at 10:16 pm