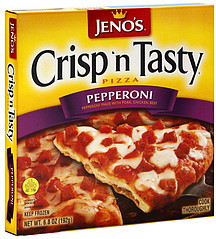 Usually on sale for $1.50 or less each in most supermarkets, they are a cheap and super tasty way to get your tummy full in 11-12 minutes in a 450° oven. College students LIVE on Jeno's pizza and air.


10" from 1983 to the 1990s. And 8" from then to today - mostly because of cost cutting, but also because Jeno's had been bought by it's budget frozen pizza rival, Totino's (both now owned by General Mills Inc.) Totino's pizzas are still 10" diameter.

Jeno's even made pizza mix. In fact, this came out before they made frozen pizza!


I always thought Jeno's tasted better than Totino's, even though technically, they are actually the same. But the one thing everybody complains about Jeno's is they never put enough mozzarella cheese on their pizzas. So you usually had to buy a bag of shredded mozzarella to compensate.

In 1967, they released this album, a selection of accordion music called Music to Eat Pizza By. 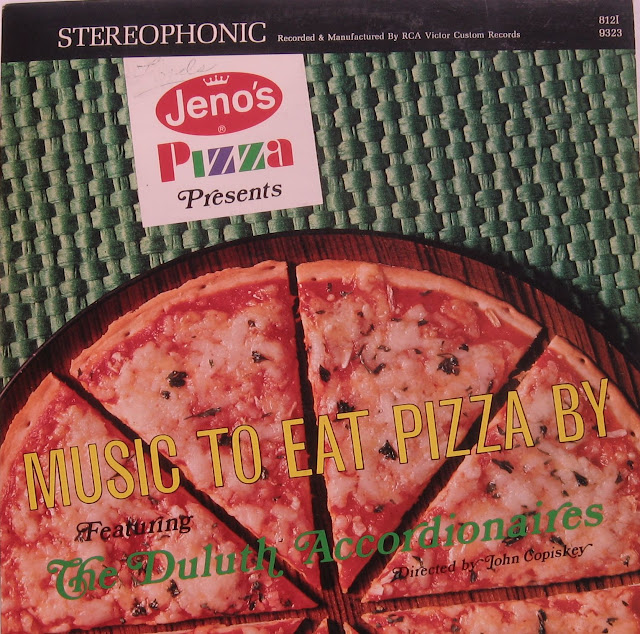 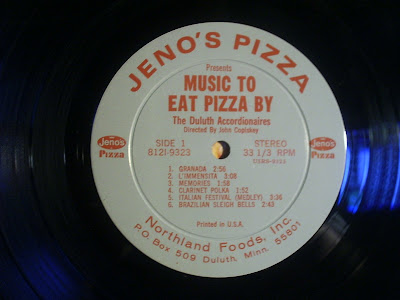