Before Minnie Riperton and Mariah Carey, Peruvian singer Yma Sumac was considered to have the widest vocal range of any known singer, over FIVE octaves (that's a range going nearly the entire human vocal spectrum, from a gut-deep basso to an ear piercing C-note. The best opera singers can barely accomplish two octaves.)


But WHO was she?

She was reportedly descended from the last Incan emporer, Atahualpa (although no DNA evidence was ever presented, it's a claim supported by the Peruvian government.)

It was also claimed in the 1950s she was nothing more than a housewife from Brooklyn named Amy Camus (and "Yma Sumac" was this name backwards.) However, that rumor has been discredited by several Peruvian and Argentinian records she recorded for Odeon in the late 1930s and early 1940s.

Her popularity peaked in the 1950s during the hi-fi craze. Her exotic look, music and voice made her very popular with young hi-fi fans. In fact, before the first formal hi-fi demonstration albums, it was her records that were the bench test of hi-fi enthusiasts. 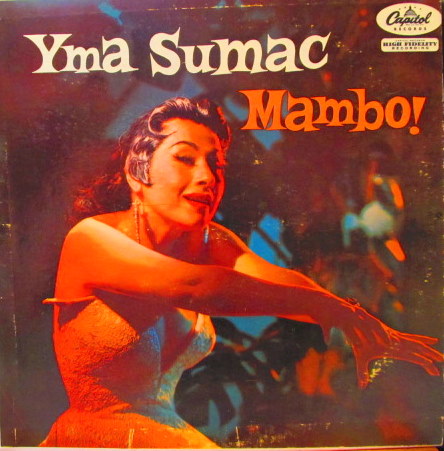 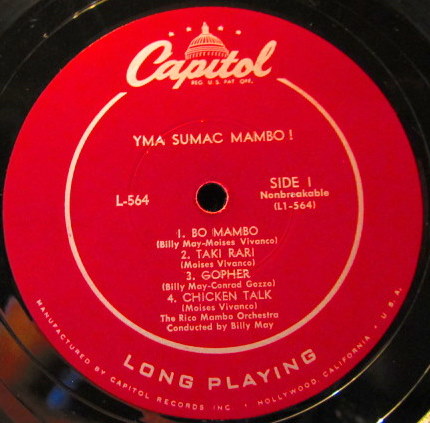