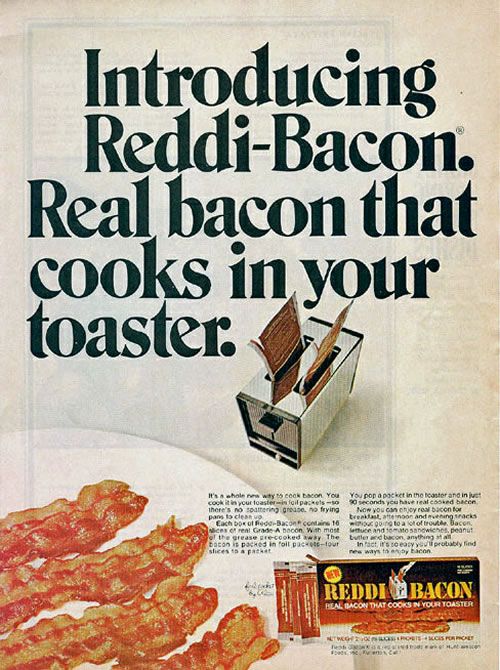 In the late '70s, the makers of Reddi-Wip had a GREAT idea.

It looked promising (they DID invent the spray whipped topping.) Bacon in minutes without the messy clean up.

These foil wrapped packets of goodness were a godsend. But, there WERE problems. The packets tended to leak hot grease, creating an instant fire hazard and a disgusting mess in your toaster. Often, you had to throw out the toaster.

Eventually, this idea would be revisited again with pre-cooked microwavable bacon in the late '80s.