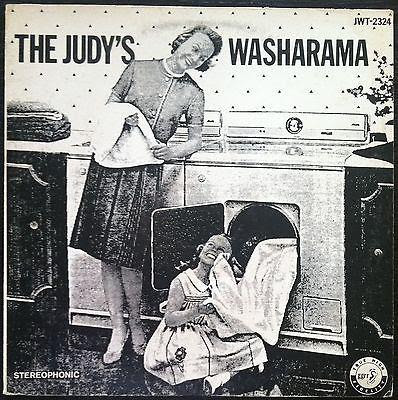 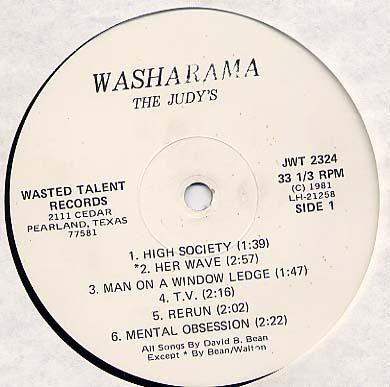 A lost indie pop classic, "TV" was a song by The Judy's, Texas' (Pearland, specifically) most famous New Wave band.

This song got airplay on some wavy Seattle radio stations and this was where I first heard this song. But being on a local Houston area independent label, getting a copy of their album Washarama was nearly impossible since the label didn't have any national distribution. But The Judy's were unquestionably popular in the Lone Star state in the early 1980s. Their other hits included "Guyana Punch", "Her Wave", "Grass is Greener" and "Milk"

And "TV" is perhaps the only song to ever mention Allied TV Rentals, which was a famous national TV rental company, where you rented TVs by the week. A model that grew into today's rent-to-own businesses, such as Rent-A-Center, ColorTyme and Aaron's. Allied TV Rentals itself however went out of business nationally in 1987.

In spite of some worthy press and incredibly catchy singles, The Judy's never got the national fame and chart success they deserved. However, they still maintain a website where you can order their albums.

Posted by Larry Waldbillig at 2:30 am