Never heard of The Caroleers? You're not alone. Their name isn't even mentioned on some of their own records!

And they may have sold as many Christmas records between 1950-1975 as Bing Crosby, Nat King Cole and Burl Ives.

Admittedly, there are no actual sales numbers of these records because the only places you could find them were in racks at drug stores or supermarkets. And the RIAA never calculated music sales outside mainstream retail record stores in those days. But from the sheer numbers of these records I encounter in thrift stores and on eBay, it was likely a few million.

The Caroleers recorded childrens records for Peter Pan Records in the early '50s as The Peter Pan Caroleers. Peter Pan Records was a division of Synthetic Plastics Corporation (SPC). SPC was based in Newark, NJ and started out in the late '20s making other plastic products (buttons, board game and toy pieces, hair combs and whatever other minute miscellanea you could make out of PVC.)

SPC started Peter Pan Records in 1949. They initially made plastic 78 RPM records for children. They knew as the 33 1/3 RPM long playing and 45 RPM record was taking the nation by storm, there would be BIG business in children's records due to the sudden rise in hand-me-down 78 RPM phonographs from their parents who quickly adopted the slower speeds and multiple speed functions of the automatic record changers that were coming into vogue. 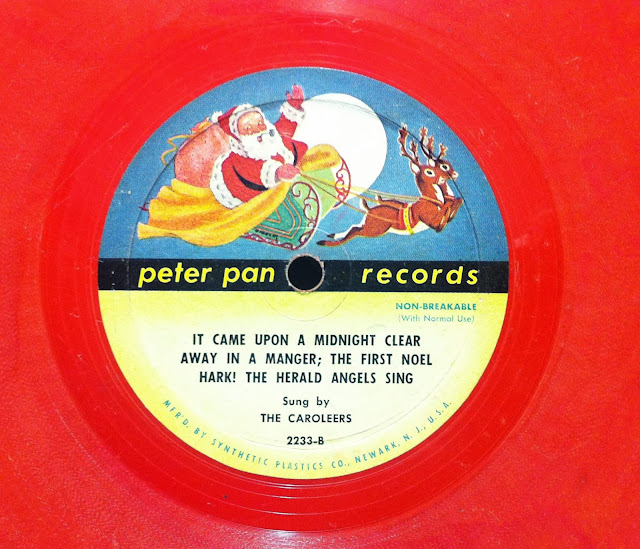 By the late '50s, they were making the then standard 45s. You may better remember the Peter Pan childrens 45s from your '60s/'70s childhood. They were the second biggest (behind Disney) producer of children's records in America. 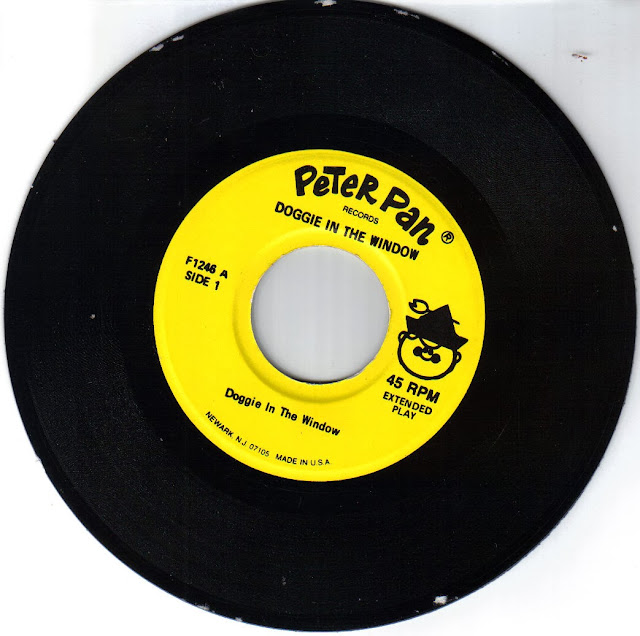 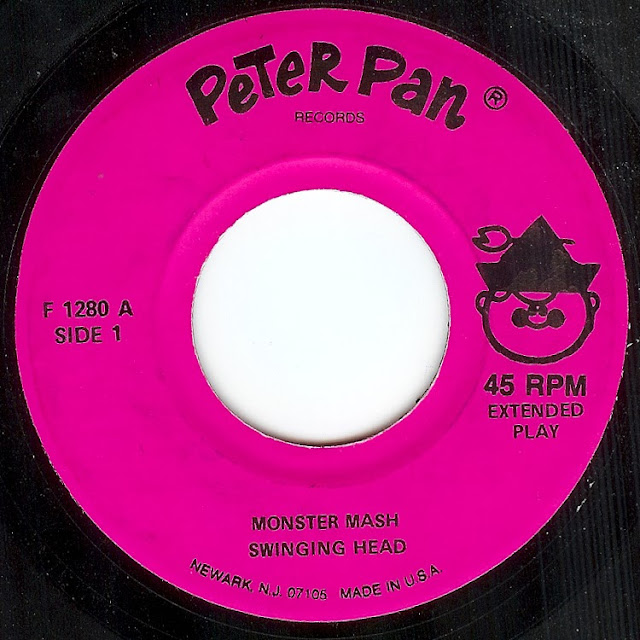 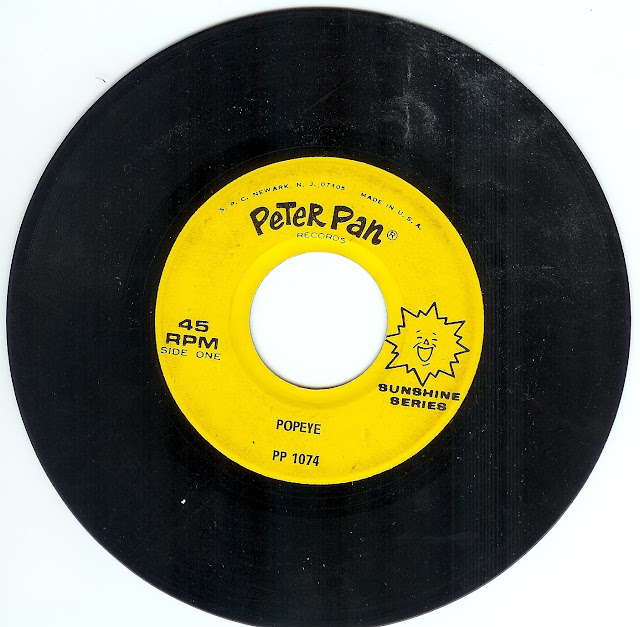 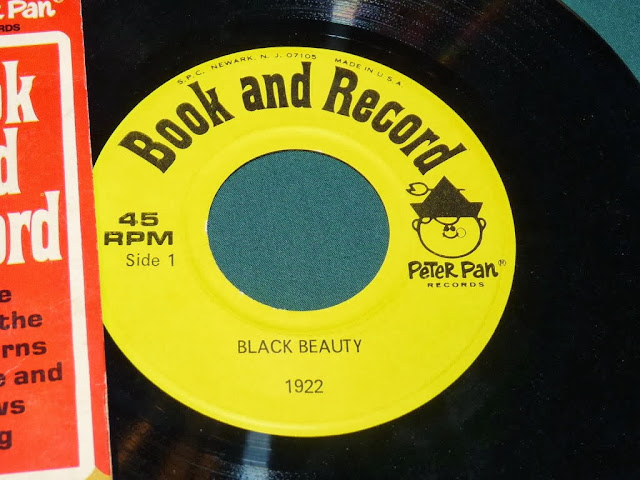 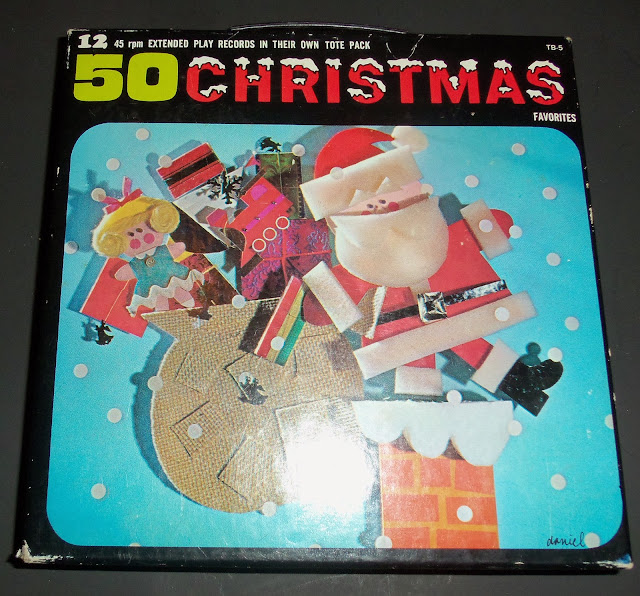 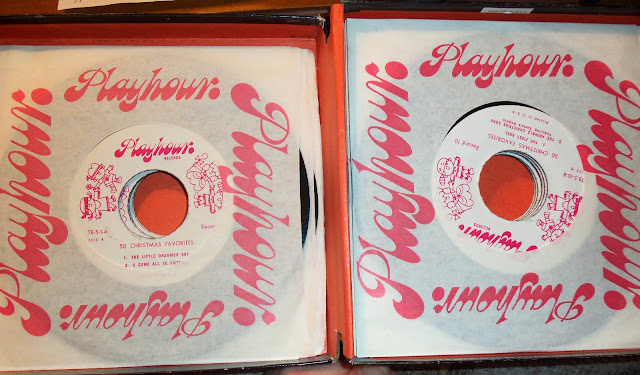 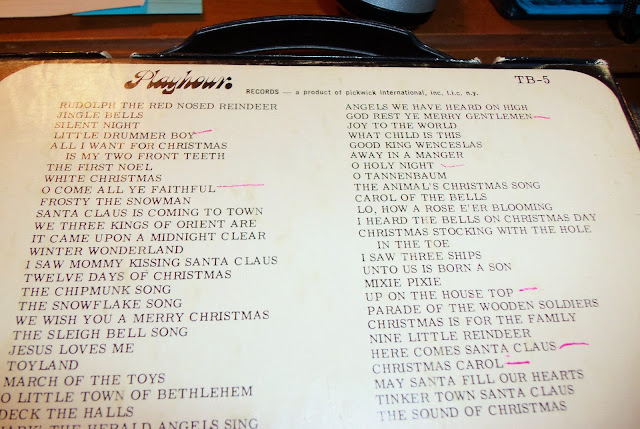 SPC expanded in the adult market with their budget record labels. They often mixed in their Caroleers recordings for Peter Pan on their Christmas albums marketed for adults. (Under the Yuletide, Spin-O-Rama, Diplomat and Tinkerbell labels.) These albums are regular thrift store/eBay finds.

Where we have this nearly flawless Perry Como impersonator.....

At least, "The Caroleers" was their pseudonym. No one truly knows who they were, where they came from. Who was their leader, etc. Nothing. Session information and artistic liner notes do not exist. As with everything SPC ever produced..

The cold hard truth is "The Caroleers" were just a blanket name for a group of unknown session singers and musicians at SPC who were paid a flat fee for their services and recieved no royalties from their recordings. And this was perhaps the best selling group on a budget label ever.

In an apparent Gene Autry knockoff.....

Most of The Caroleers recordings were made in the 1950s and '60s at a time when music publishing was fraught with copyright loopholes galore, allowing for dozens of knockoff and "tribute" records (much like we see today.) SPC and other budget record labels got away with this by claiming their music was intended for children and thus for play inside homes, not over the radio or publicly. SPC did not service radio stations and most radio stations did not play their product. (Most.) So they actually claimed that they didn't have to owe songwriters royalties in spite of making millions in profit from their songs.

Today, the artists and songwriters are usually in on it too, as these knockoffs are actually a revenue stream, no matter how disingenuous.
However in the early '70s, songwriters were sick of all these cheap record labels whoring their music and collectively put an end to this racket and most budget labels ceased operation or went into other lines.

About this time however, SPC stopped pressing the old Caroleers records and hacked up something even more nefarious for Christmas in the '70s. 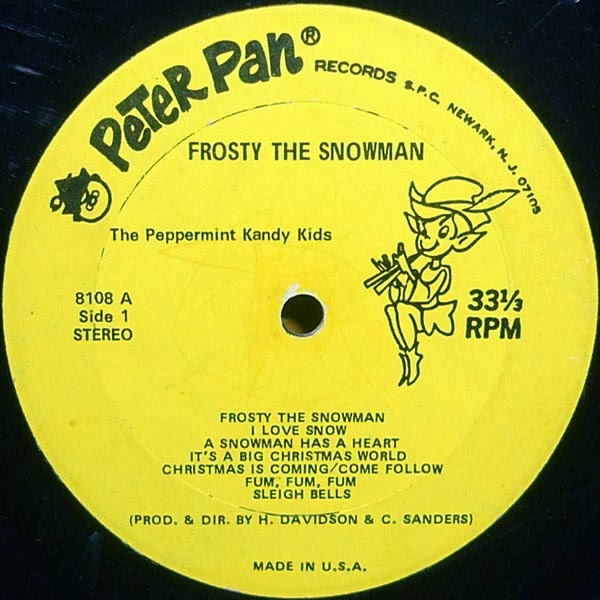 However even in the disco era, old habits died hard with SPC (by then known as Peter Pan Industries.) They even cashed in on the Disco Duck craze with "Irwin The Disco Duck" 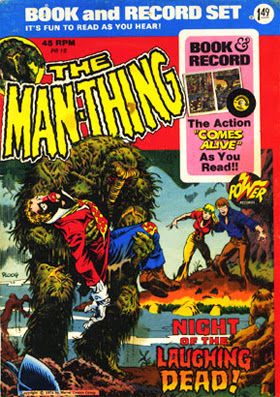 Posted by Larry Waldbillig at 3:56 am