Before They Were Stars: Laura Branigan 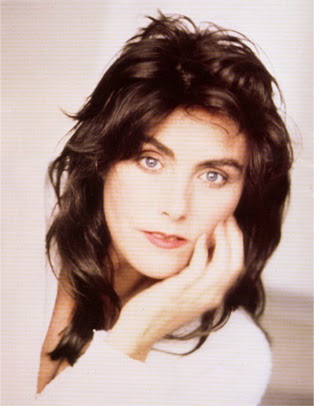 If there was one name that summed up Adult Contemporary music in the 1980s, it would be Laura Branigan. Her songs were staples on AC radio, guaranteed to pop up at any given time anywhere around the radio dial in those days.

If all you had was a radio for entertainment in your car or wherever, there was just simply no escape; You were going to hear at least a snippet of a Laura Branigan song somewhere at any time as you were tuning around the radio dial. That's how big of a radio-friendly pop star she was back then.

From 1982 to 1985, she racked up several hit singles. In fact, many of her poppier songs, such as "Gloria" and "Self Control" were actually Americanized renditions of European pop hits with often completely rewritten English lyrics. ("Gloria" was originally recorded in 1979 by Umberto Tozzi and "Self Control" was originally recorded by Raf earlier in 1984.)

Laura Branigan's string of major hits dropped off after 1986, but she still remained active through the '90s, including occasional forays into acting until her untimely death in 2004. Those earlier hits of hers were still played on the radio ad nauseum for the rest of the 1980s and well into the '90s.

But long before this string of hits, Laura Branigan in the early '70s was an aspiring singer, still in her teens. And as an aspiring singer, you took whatever gig you could get. Especially if that gig also came with a recording contract with a fairly major label. As in the case of Meadow.

Meadow was a fairly unknown folk act in a sea of many such acts of that time who recorded a sort of religious psychedelic folk concept album called The Friend Ship.

The Friend Ship was released in 1973, as the spiritually based psychedelic rock concept album era was in full swing. Jesus Christ Superstar and Godspell were huge hits in the early 1970s. And oddly enough, even The Osmonds got into the act with their Mormon based 1973 offering The Plan.) 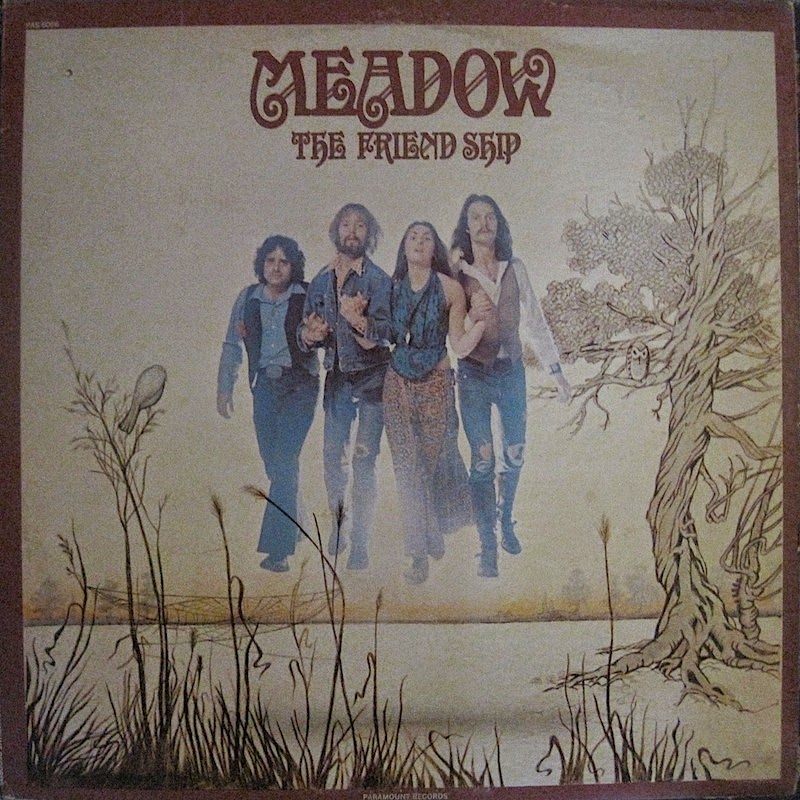 The track listing on the back of the LP gave you a hint of that you were getting into. 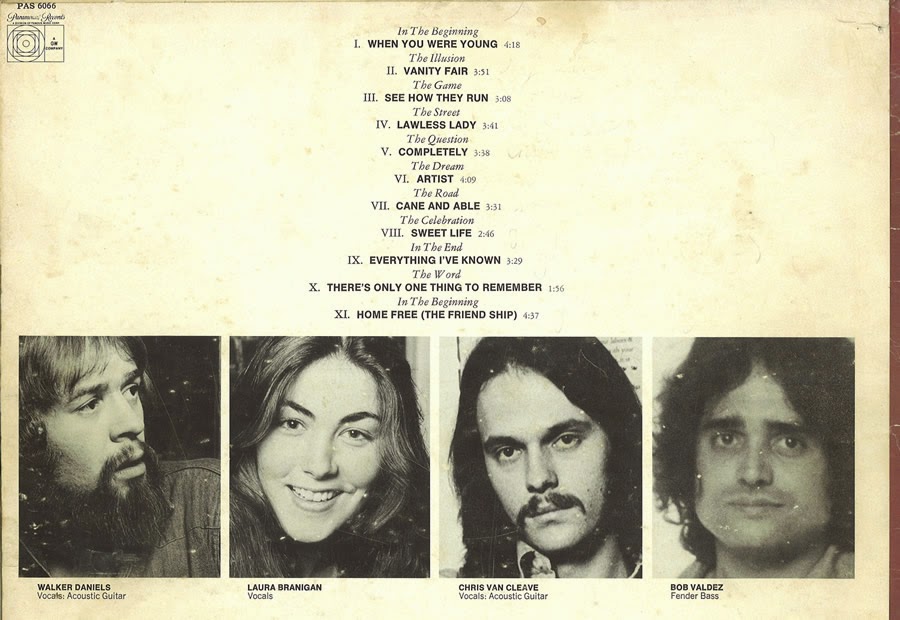 A few singles were released, but The Friend Ship never got anywhere.

However this wouldn't be Paramount Records (which was eventually absorbed into MCA Records) only flirtation with a later mega-star act of the 1980s. They also released a 1972 album from another folk-pop act called Milkwood, which featured Ric Ocasek and Benjamin Orr of The Cars.

However unlike most early recordings of then unknown artists that are later re-released by record companies to capitalize on the artist's later success, Meadow's The Friend Ship never had a reissue and Branigan herself was known for being tight-lipped about the experience.


Probably for the better, as The Friend Ship's pseudo-religious psychedelic folk-pop was fairly dated by the time Branigan had established herself as a major pop star. It would have been extremely difficult for her fans and the general public to reconcile her then-current image with the one that was on The Friend Ship. Even though there were far worse beginnings for many major pop acts.

However in spite of the music, this LP (as Milkwood's) remains a prized collector's item for it's rarity alone.

Posted by Larry Waldbillig at 7:05 am