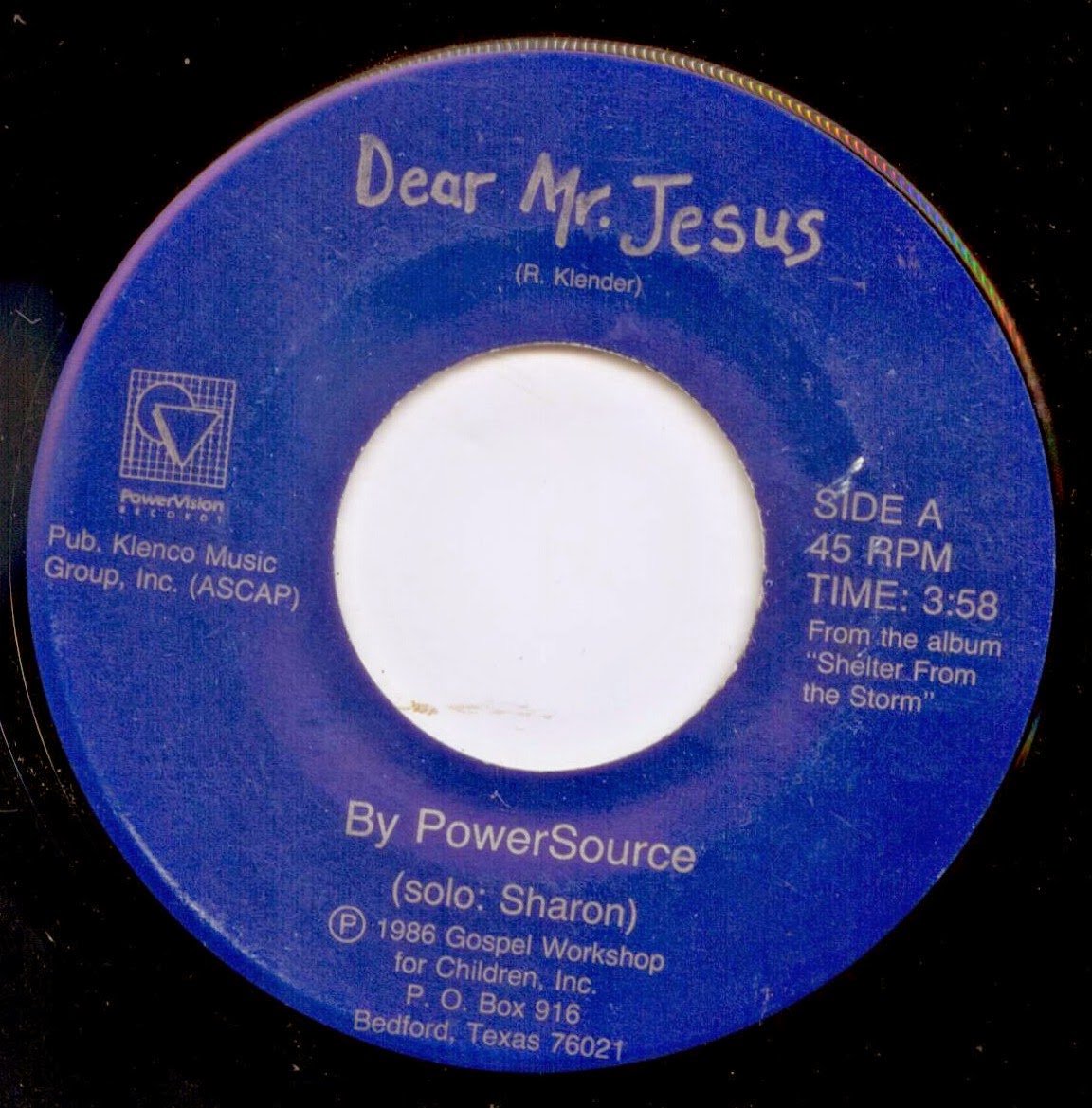 Oh no, it's another one of those damn child singer records. But on a more serious subject.

PowerSource were a Texas based Christian pop group. Like many acts in this genre, they were/are largely unknown outside these circles. And "Dear Mr. Jesus" is unquestionably a Christian themed song about child abuse, sung from the perspective of a 6 year old girl writing a letter to Jesus after seeing a TV news report of "a little girl beaten black and blue". Not only that, she confesses at the the end "Please don't tell my daddy, but my mommy hits me too."

Six year old Sharon Batts, the lead vocal on this song, wasn't the designated lead singer of the group. Just on this particular song. And thankfully, she wasn't physically abused.

This song almost became a Top 40 hit in 1987. CHR, Adult Contemporary, Country and of course, Christian radio stations were playing this in December of 1987 shortly after the track was added to the playlist of New York City's influential Z-100 and the song broke. A distribution deal was quickly secured, leading to a nationwide re-release of the song.

It was also timely, as the story of a little New York City girl named Lisa Steinberg made national headlines then after she died after being beaten by her adoptive father while he was under the influence of crack cocaine.

The song made #61 on the Billboard Hot 100 and remained on the charts for seven weeks.

Posted by Larry Waldbillig at 4:08 pm