In 1983, there was a major hit record in Australia nobody in America has ever heard at that time.

But one they should have. Sadly, it didn't get any American radio airplay or distribution.

The song was called "I Was Only 19 (A Walk In The Light Green)" by Redgum, an Australian folk group that described the Australian experience in the Vietnam War and it's aftermath in a way any American veteran of that war could easily relate. 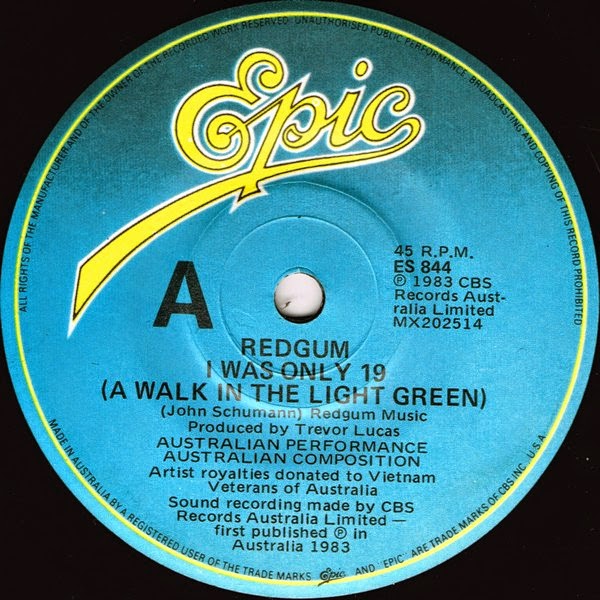 The early '80s seemed to be filled with songs about the Vietnam War. From "Still In Saigon" The Charlie Daniels Band, "Goodnight Saigon" Billy Joel, the ubiquitous "Born In The USA" Bruce Springsteen (among many he wrote.) The Clash also recorded several songs about the Vietnam War. And of course, there was the just plain dopey "19" Paul Hardcastle.

Australian hip-hop group The Herd (no relation to Peter Frampton's late '60s band, of course) remakes "I Was Only 19". Their version included John Schumann, Redgum's lead vocalist in the song's bridge and, most surprisingly, in the song's final rap. He is also highlighted in the song's video.


The Herd's remake became another major hit in Australia. Their version went to #18 on Triple J Radio's Hottest 100 countdown of 2005 and got regular airplay on the network.
Posted by Larry Waldbillig at 12:00 am