If there's one thing that pairs up with a great cup of coffee, it's great radio. And for a few glorious decades from the 1930s to the 1950s, people in the Capital Region of New York got both from the legendary WGY Radio. 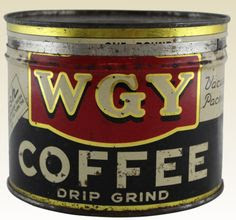 With the blessing of WGY's ownership (General Electric), WGY Food Stores was launched in the 1920s. 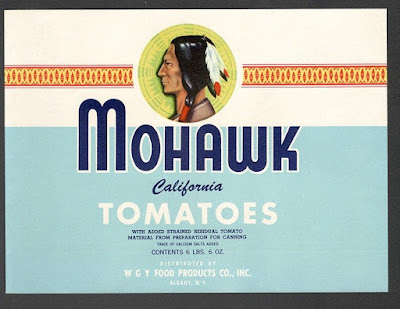 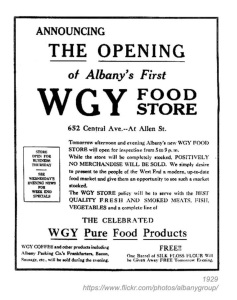 This arrangement, plus the chain's whopping 130 stores in the full blast of it's signal (a full 75 miles around Schenectady!), gave both operators an advantage. The grocer had an instantly identifiable brand and the radio station had instant free advertising and a great promotional asset.

Because radio was a marvel for people in the 1920s and it's tie-in with anything sold well.


Though best known for it's coffee (as evidenced by the many WGY coffee tins that circulate in the antique underground) WGY Food Stores also offered other branded products, such as canned evaporated milk (as mentioned in the ad above), fruits and vegetables, spices and tea. There were likely other WGY branded products as well. 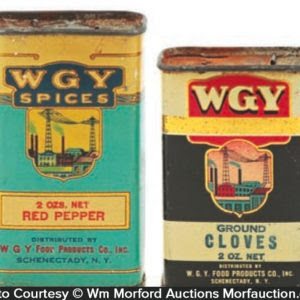 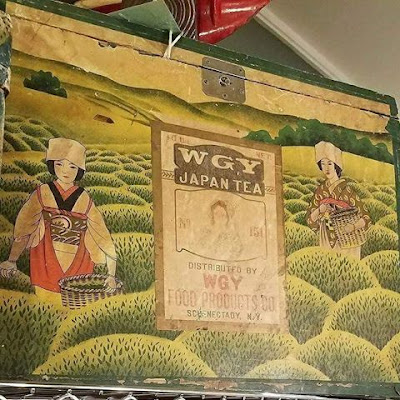 WGY was still operating in the grocery business as late as 1958. But with the 1960s came the first waves of distributor consolidation and grocery stores became supermarkets. But the WGY stores seemed to be smaller stores, which were fading away to the supermarkets.

But WGY could be considered the Amazon of it's day. It's one of the earliest examples of how one could get both their staples and entertainment from the same source (in name.) 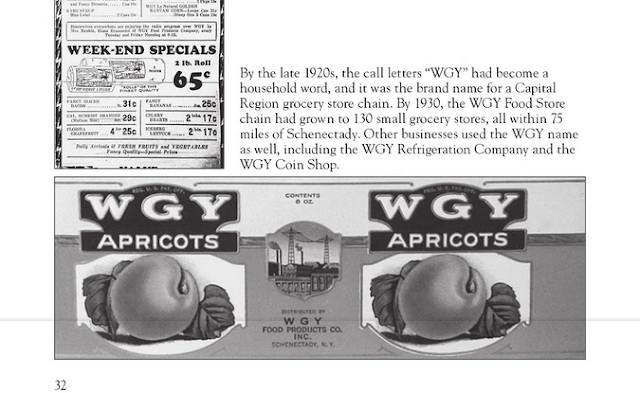 Today, WGY has been long out of the grocery business. But still broadcasting to to the Capital Region.

Posted by Larry Waldbillig at 1:08 am