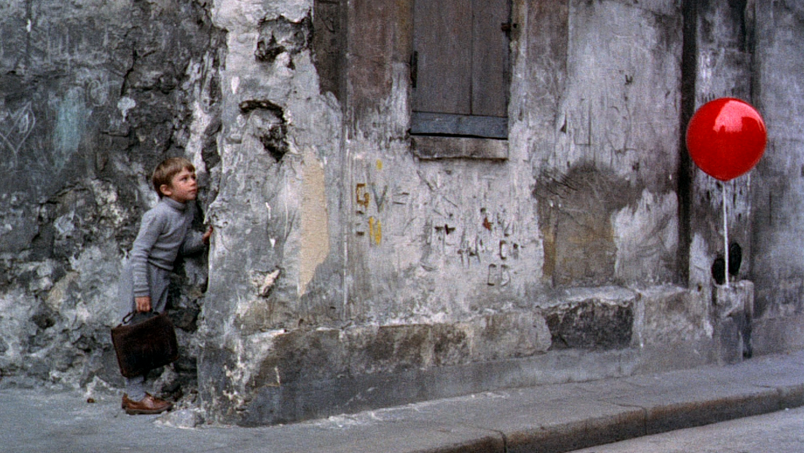 First, there was almost no dialogue whatsoever in the film. This was not uncommon in classic French cinema. The visuals say everything.

Second, it's a whimsical little story about a little boy and a balloon he finds in the street.

Third (and especially.) This was the LONGEST film in the A/V library at my elementary school back in the 1970s, clocking in at just over a half hour.

Almost missed it for the third time when the substitute teacher filled in and she didn't know how to run the film projector (long before VCRs and DVD players, plain ordinary Bell & Howell 16mm film projectors and white pull-down screens that hung over the chalkboard were mandatory equipment in every classroom.) I happily took care of all that for her (nudge, wink.)

When she left in the middle of the film to talk to another teacher in the hallway, I stopped and rewound the film to the beginning, starting it the second the classroom door opened. She stared at me rather suspiciously the rest of the film, knowing I had thrown a deliberate wrench in her schedule. Whatever kept us from doing school work and gave me cool points with the rest of the kids....

Posted by Larry Waldbillig at 7:14 pm