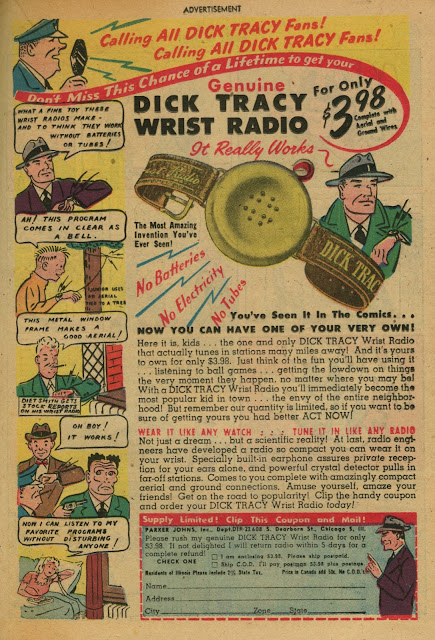 The Dick Tracy Wrist Radio was a crystal radio, powered by nothing by AM radio waves, an aerial and grounding wire connected to a grounded piece of metal (like a radiator pipe.) And a kid's imagination. 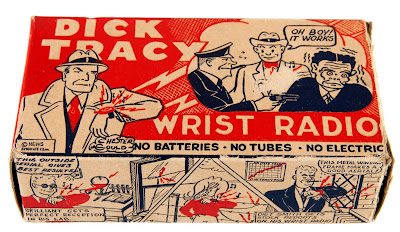 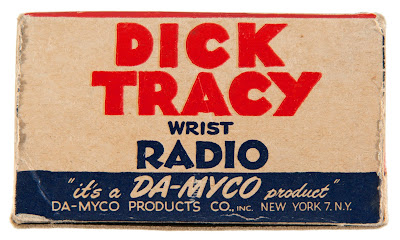 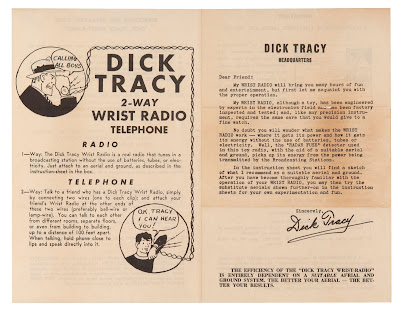 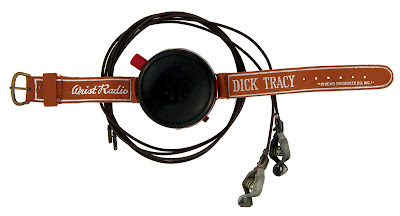 You could even talk to a friend with the radio by connecting the aerial wires to your friend's Dick Tracy wrist radio. And it worked primarily because you were in actual speaking distance from your friend.
It wasn't very loud. In fact, it was hardly audible and you had to have your ear right against it to hear it. And even then, it only picked up the strongest local AM radio broadcast signals (in spite of this ad copy hype, crystal radios have no superheterodyne tuning, which made AM radio signals squeal, distort and drift.)
$3.98 sounds like a average price for a disposable piece of junk (unless you were a hardcore Dick Tracy fan. And how dare I call it 'junk'.) But bear in mind $3.98 in 1947 had the same purchasing power as $48.21 in 2021. To put into perspective, most parents had better things to do with that kind of money. Besides, they knew you could put together an even better working crystal radio for much, much less than that and even from parts already around the house (many built radios for themselves and their families in the Depression, as many kids did since money for new radios was so scarce, it was cheaper for mom and dad to just learn the science and do it themselves.)
A battery powered transistorized version later came on the market in 1958 (hopefully better working.)
Posted by Larry Waldbillig at 1:29 pm