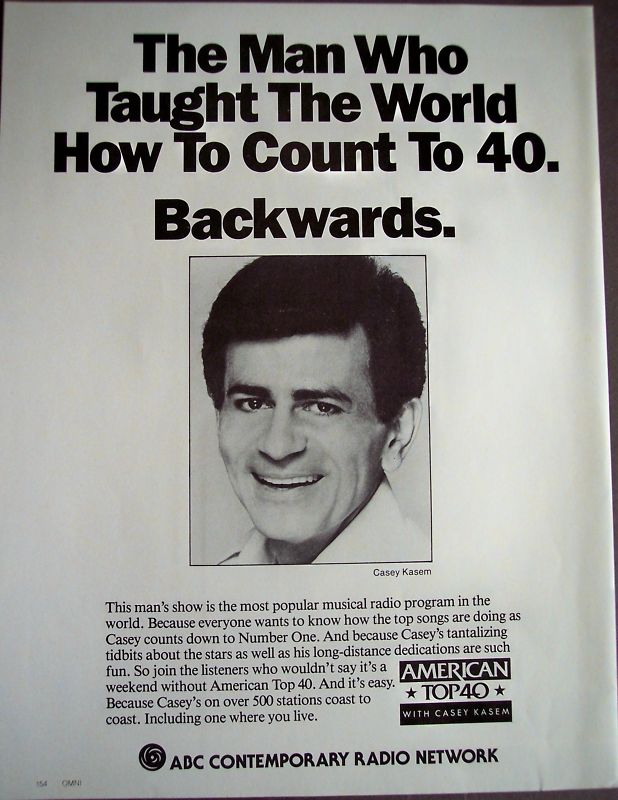 The program was syndicated nationally and until 1989, and sent to radio stations in a box set of 4 vinyl transcription discs (records that contained the program and national commercials, with cue sheets for the disc jockeys on where to insert the local ad spots.)

Very few stations played this program directly off the records on the air, most stations taped them on reel to reel tape and added the local ads, station jingles, promos, et al to the tapes) prior to broadcast, saving them time, potential errors and the embarrassment of a potentially skipping or stuck record. 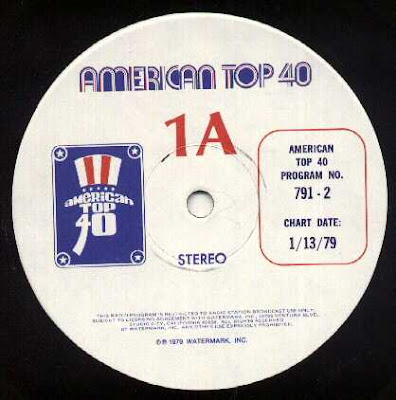 Each week when the show was finished, the records were to be returned, whereupon they were destroyed (by contractual obligation.) But this was rarely enforced. Many radio station personnel simply took them home and added them to their personal collections. Or sold them. Which is why they're fairly easy to find at online auctions and used record dealers.

When I was growing up, Casey Kasem's American Top 40 countdown show was MANDATORY listening for me. I used to write down all the songs in my notebook every week and compare them with songs in the previous weeks. Seeing which songs were rising, which ones were falling (I never bothered with the Long Distance Dedications or bonus songs Casey would dot his programs with.)

It was a sad day for me when he stopped hosting the Top 40 program. I never cared much for Rick Dees, Shadoe Stevens and certainly not Ryan Seacrest. Casey Kasem WAS the Top 40 for me.
Posted by Larry Waldbillig at 12:00 am