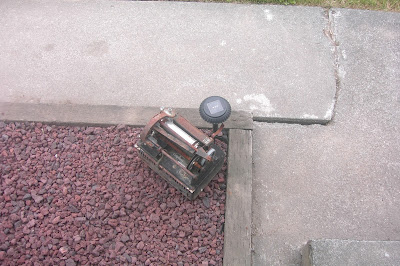 Whilst on a visit to my friend's house, he had something in his yard he (and no one else) could identify. Only that it looked like a "typewriter with no keyboard" But what was it?

It was an Ediphone (or what remained of it.) 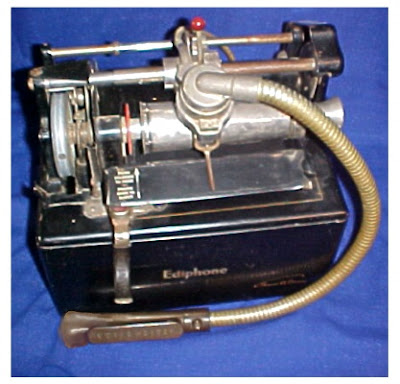 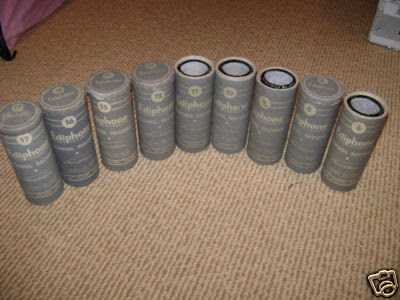 The Ediphone was an early dictation machine like the Dictaphone that used wax cylinders (cylinder records were considered obsolete by 1912. But Edison made commercial music cylinder records up until 1929.) But beyond that into the '30s and even as far as the early '50s. The wax cylinder was used for office dictation before it was replaced by belt machines and a few years later, tape - even The Edison Company eventually got into tape. 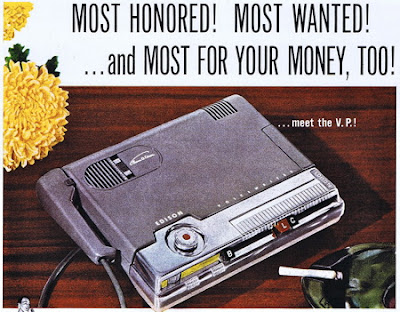 The Ediphone was electrically powered, but strangely recorded acoustically. 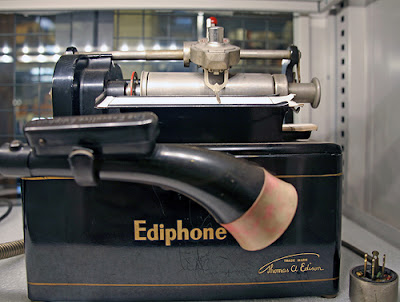 Posted by Larry Waldbillig at 6:32 pm