Cigarettes today are not what they used to be.

Well, let me rephrase that. Cigarettes have always been gross and deadly. But these days, a cigarette smoker is pretty much considered as low as a crackhead in some circles. Though it's nice the smoking awareness campaigns have brought the graphic evils of tobacco to dinner hour TV screens, I have to admit, they're as pointless as the anti-marijuana PSAs of the '60s to the '90s.

Besides, NOTHING can convince an innocent kid not to take up smoking more effectively than a kiss from a chain smoking aunt.

In the old days, you used to have a dizzying variety of cigarette choices available at your local grocery/convenience store (more than 50!). Today, there's about 10 or even fewer brands in most places. Today, most brands are available exclusively over the internet. Retail stores get their stock from a state regulated middleman. Which is why in many states (namely Washington State), there is so little variety.

But for remaining smokers, fire up a menthol and enjoy this stroll down the tobacco aisle of yesteryear.... 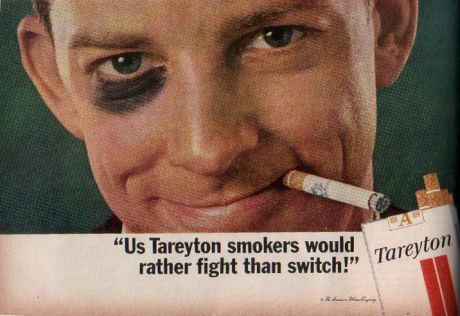 Tareyton - My dad used to smoke these. No longer available in many areas, but they are available on the internet through RJ Reynolds.

Kent - My mom used to smoke these. 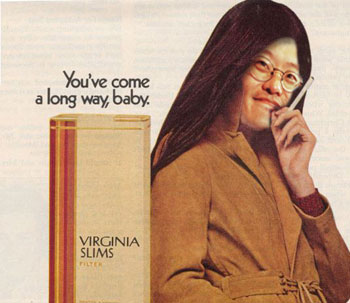 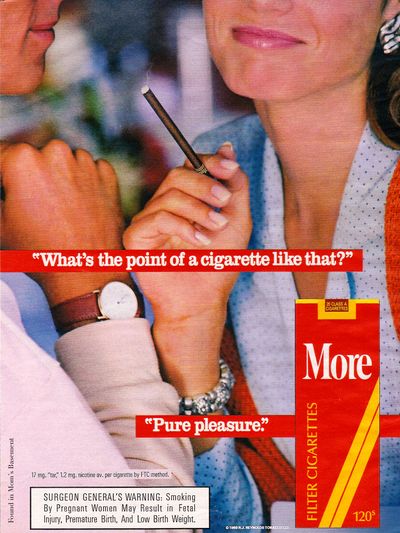 More - An icky tasting super long and thin "120" cigarette. I snagged a pack of these from the rack at Fred Meyer when I was a kid. They looked weird, so I though they'd taste cool (with that funky brown paper.) They were flat out GROSS. 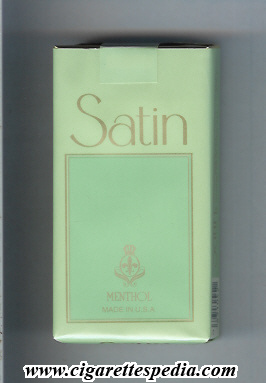 Satin - "With a LUXURIOUS satin tip", never mind the tobacco inside was garbage. Satin was an '80s upstart brand. I knew of these by the free pack coupons they used to stuff in every Sunday newspaper. 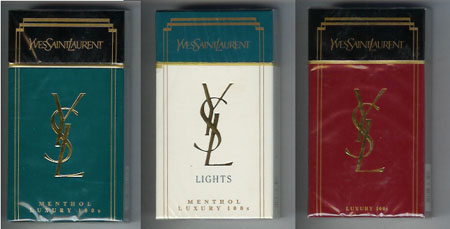 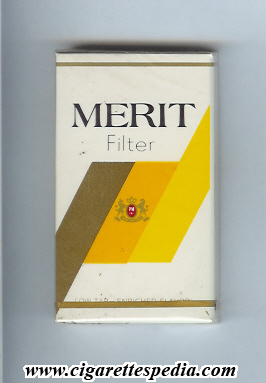 Merit - Another former brand of choice. Of all the low-tars, I actually LIKED Merits. They were tolerable. But Merit was one of those "old peoples" brands that seemed to disappear rapidly. 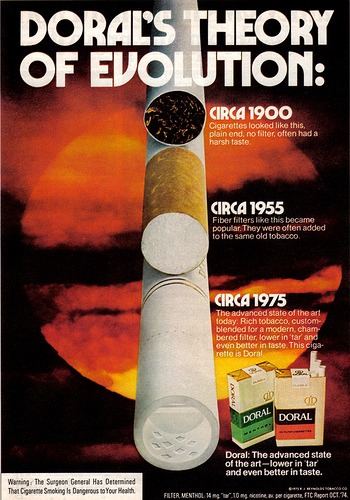 Multifilter - Known for having two different filters, but the same result. 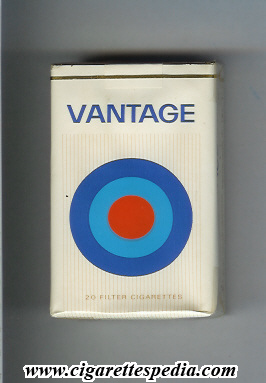 Vantage - A filter cigarette with a giant hole in the middle of the filter. 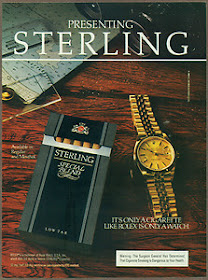 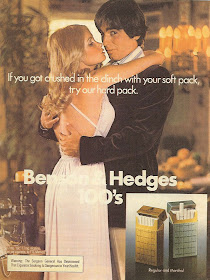 Benson & Hedges - Another disappearing brand and the first marketed for the "upscale" crowd. 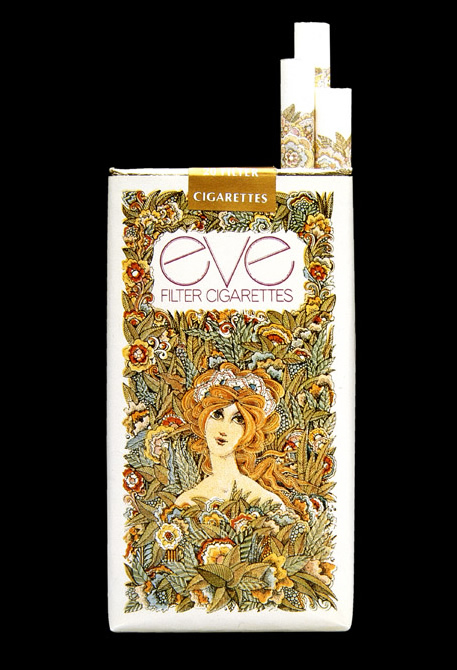 Viceroy - Never smoked this brand, but it was big in the '60s. 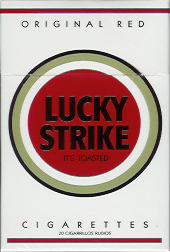 Lucky Strike - Motto "It's toasted" Just like your lungs after smoking a pack. 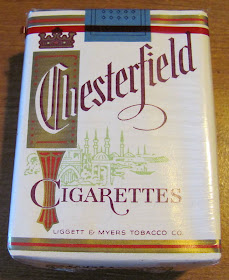 Chesterfield - A non-filtered smoke, popular from the '20s - the '60s when even by then, it was an "old people's cigarette" Before Kool and their jazz festivals in the '70s and '80s, it was popular with radio DJs (and immortalized as such in Donald Fagan's song "The Nightfly".) I never thought they were that spectacular 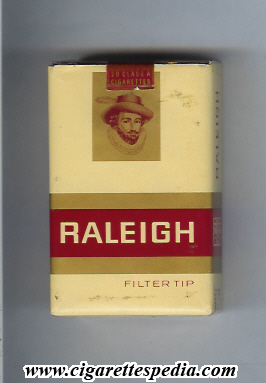 Raleigh - This was the brand your old neighbour probably smoked. 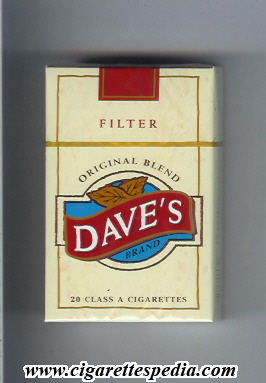 Dave's - A '90s brand still being made, Known for it's folksy magazine ads that made you think it was made by some average person, just like you, who wanted a better smoke than what those big corporations offered. Fact: It was made by Phillip-Morris the whole time. 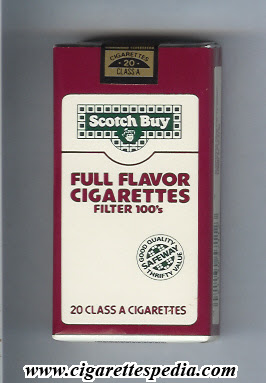 Scotch Buy - Now here was an unusual brand made by RJ Reynolds for a corporate supermarket chain (Safeway and subsidiaries.) Safeway discontinued Scotch Buy and distanced itself as far as possible from the brand in the '90s when cigarette manufacturers were being sued. Smart move. They tasted like crap anyway. 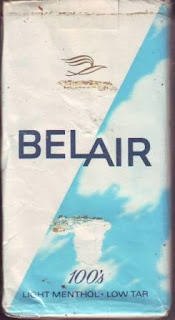 Bel/Air - One of the better menthols. Now vanished. 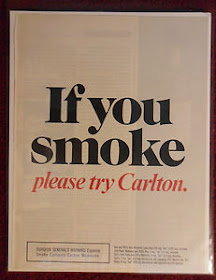 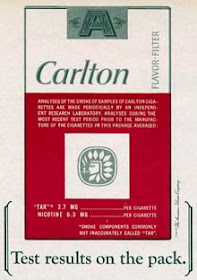 Carlton - The lowest tar and nicotine of any cigarette (without the nicotine, there's no point in smoking cigarettes.) Memorable for it's plain magazine ads that read. "If you smoke, please try Carlton" The gist was that it was a "safer" cigarette. But they tasted HORRIBLE and the filters were so tight, you can barely draw off of one. 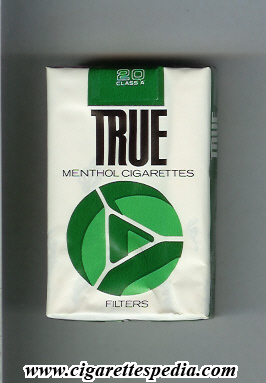 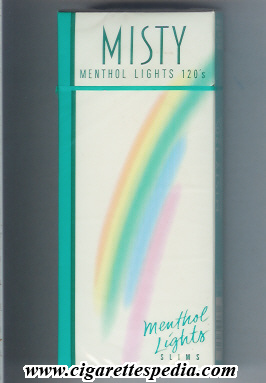 Misty - Another '80s women's cigarette. Still being made, but instead of women, it's gay men that buy them now. 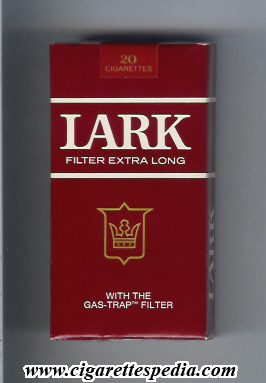 Lark - I remembered seeing these on the shelves, but I can't remember anyone who ever smoked this brand.

(Thanks to Cigarettespedia.com for some of the images here....)
Larry Waldbillig at 12:00 am
Share